North Texans in Phase 1B could still be a long way off from receiving vaccine, officials say

DSHS has a new map of where vaccines have been sent, but it doesn’t list many details. The state’s best advice to find available doses is to call each one. 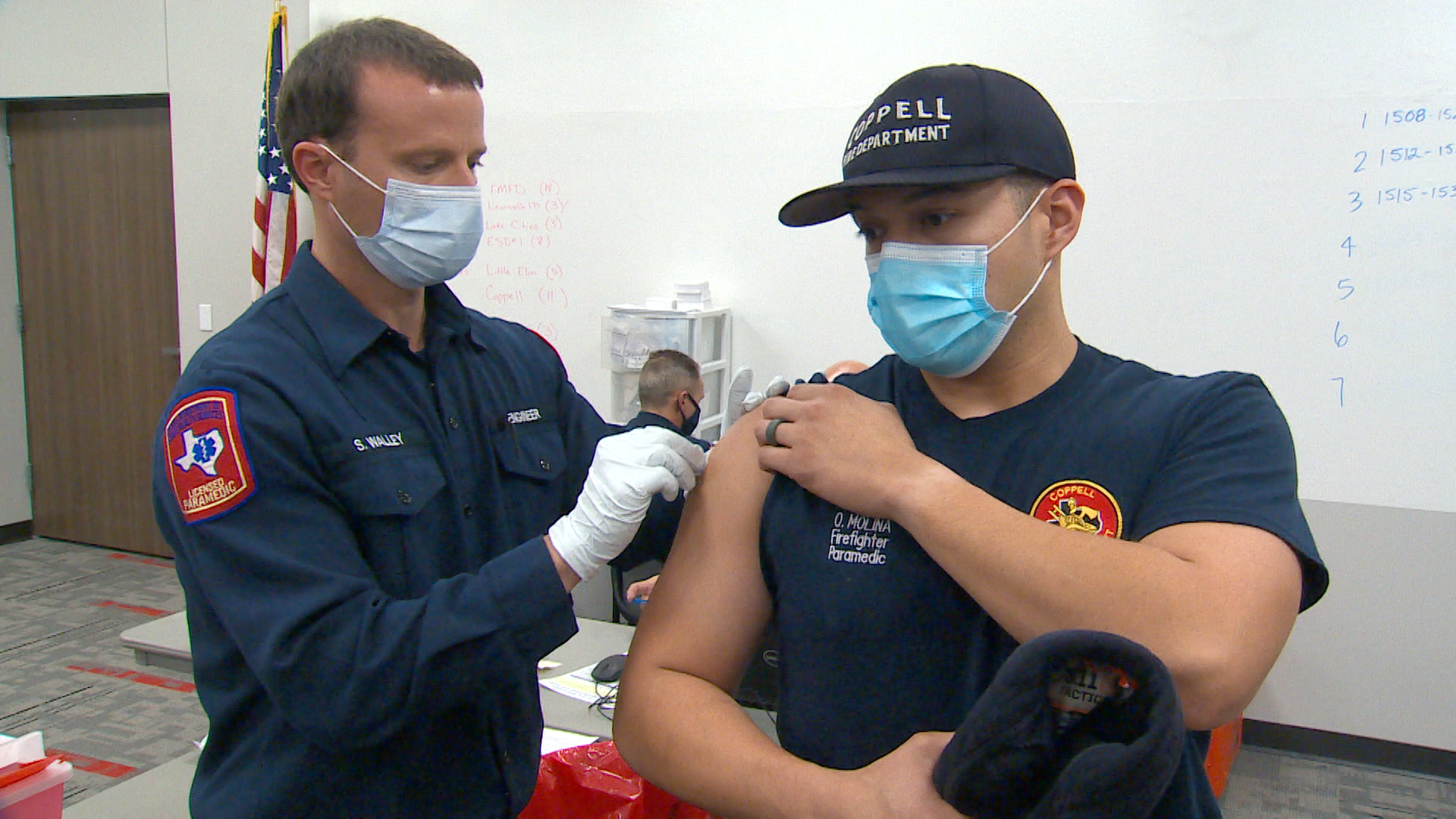 FORT WORTH, Texas — Editor's note: On Tuesday, the state health department updated its guidance for vaccine providers, saying they could give vaccines to people in 1B.

Getting a COVID-19 vaccine ready in less than a year was a scientific triumph, but getting shots into arms hasn’t been quite as successful.

“All I can say is be patient,” Tarrant County Health Director Dr. Vinny Taneja said. “This is going to be a weekly rollout.”

Taneja says the county’s public health clinics have started moving from phase 1A, which includes healthcare workers and first responders, to a partial phase 1B, which includes city and county workers who have preexisting conditions. They haven’t made it to a full version of 1B, which would include anyone 65 and up.

“We’re sort of trying to use what the Department of Health and Human Services called pivot strategy, pivot between 1A and 1B to not have a slow period and not wait around with the vaccine,” he said.

Operation Warp Speed’s goal was 20 million vaccinations by year’s end, but with three days left in 2020, just 2.1 million Americans have been vaccinated, according to CDC data.

RELATED: Phase 1B: What you need to know and do before getting the COVID-19 vaccine

Monday, Flower Mound Fire Department vaccinated its own ranks and even surrounding departments, but, like Denton County Public Health, it’s still on Phase 1A.

“Really right now the vaccine is a way that we all can get the pandemic behind us and kind of see the light at the end of the COVID-19 tunnel,” Brandon Barth with Flower Mound Emergency Management said.

Barth said they’ve moved quickly and expect to finish vaccinating firefighters by the end of the week. He urged the rest of the public to stay patient.

“We're getting a lot of phone calls from the community wanting to come up here and receive the vaccine,” Barth said. “99% of these phone calls are people that don't meet the current criteria.”

Dallas County Public Health is still vaccinating only healthcare workers in Phase 1A.

Denton, Dallas and Tarrant county public health department count as just three of thousands of providers across Texas. DSHS has a new map of where vaccines have been sent, but it doesn’t say what each provider has available or what phase they’ve reached. The state’s best advice to find out is to call each one.

“We want to be clear that Phase 1B people can check with these providers to determine if they have vaccines available and can make an appointment to get vaccinated at that location,” a DSHS spokesperson said in an email. “We recognize that the available supply is limited and some providers on the map may have already used all of their allocation...Texas will receive more vaccine each week so people can check the map weekly for updated information.”

“We need a centralized way to look across,” Taneja said. “I know DSHS has promised local health departments access to a sort of central dashboard.”

He said Tarrant County plans to try to inform the public of its plans via online posts, but that doesn’t account for the pharmacies and hospitals and other providers across the area.

Last week, Tarrant County got 7,200 doses, including 3,000 sent to Arlington, its municipal partner. They made it through about 2,100 in the past two days. The county’s clinic will get 7,200 this week, too. Dallas County Public Health, though, won’t be getting any. They expect it to be a few weeks before reaching 1B.

RELATED: 'All in this together' | Women share experiences with assisted living facilities and COVID-19 vaccine anticipation

“There’s a lot of unknowns still. We don’t know exactly when we’re going to get our next shipment. We’ve put in some of the requests,” Huang said. “It’s going to take a while because there’s just such little vaccine that’s been distributed.”

So far 146,988 Texans have been vaccinated and 472,100 doses have been distributed across the state, according to DSHS data. In the past week, around 14,000 Texans a day have gotten the vaccine, and at that rate, it would take more than five years to work through the state.

Taneja said he hopes to get to the level of hundreds of thousands of doses a day by February or March.

“Hopefully some of the supplies will start catching up to that demand,” Huang said. “It shows us the light at the end of the tunnel, but we can’t stop doing all of the things that we’ve been doing.”