Amid talk of boosters, global vaccine disparity gets sharper

Citizens in countries across the continent of Africa often have little idea if vaccines will be available, from one day to the next. 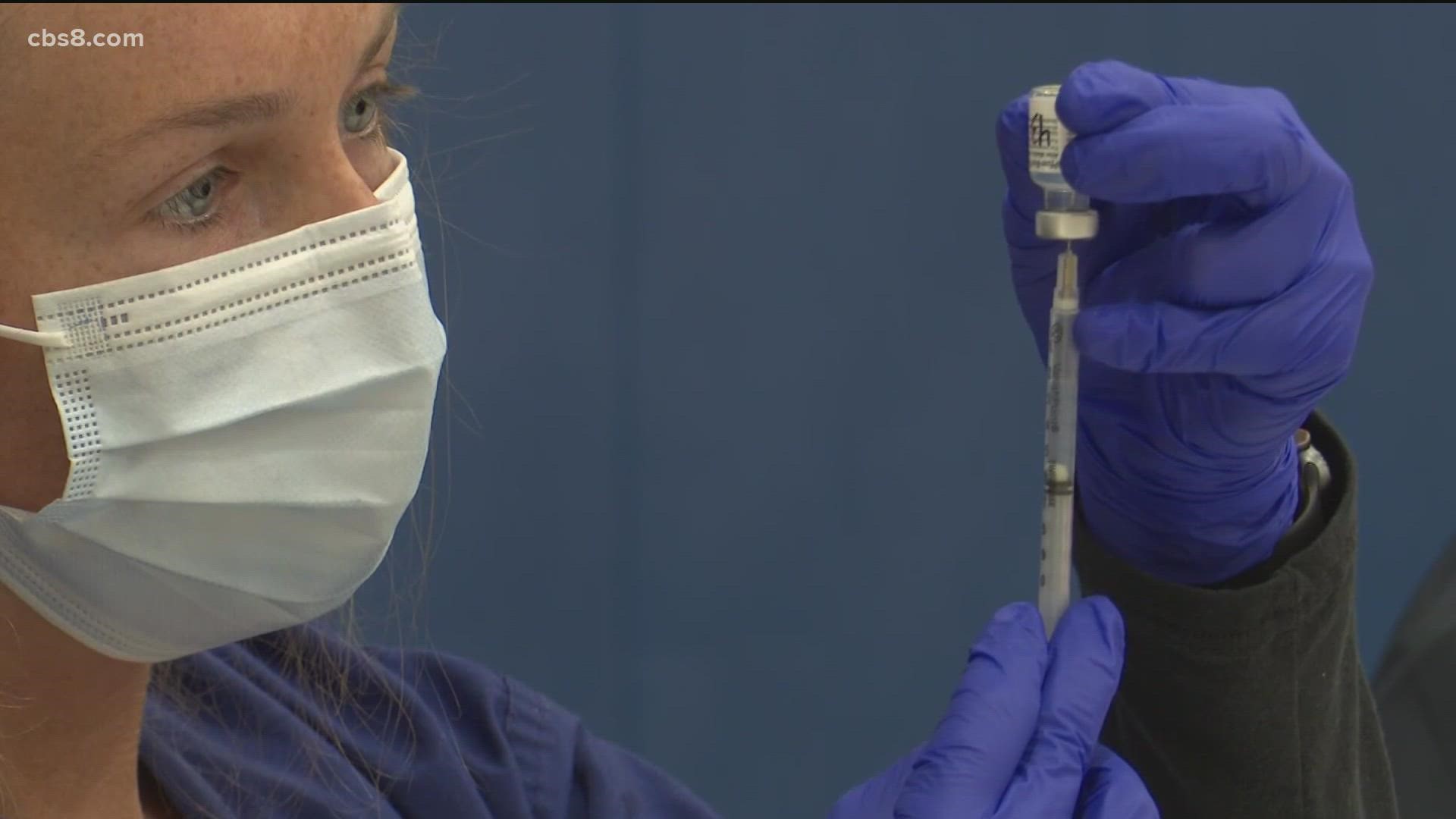 Several hundred people line up every morning, starting before dawn, on a grassy area outside Nairobi's largest hospital hoping to get the COVID-19 vaccine. Sometimes the line moves smoothly, while on other days, the staff tells them there's nothing available, and they should come back tomorrow.

Halfway around the world, at a church in Atlanta, two workers with plenty of vaccine doses waited hours Wednesday for anyone to show up, whiling away the time by listening to music from a laptop. Over a six-hour period, only one person came through the door.

The dramatic contrast highlights the vast disparity around the world. In richer countries, people can often pick and choose from multiple available vaccines, walk into a site near their homes and get a shot in minutes. Pop-up clinics, such as the one in Atlanta, bring vaccines into rural areas and urban neighborhoods, but it is common for them to get very few takers.

In the developing world, supply is limited and uncertain. Just over 3% of people across Africa have been fully vaccinated, and health officials and citizens often have little idea what will be available from one day to the next. More vaccines have been flowing in recent weeks, but the World Health Organization's director in Africa said Thursday that the continent will get 25% fewer doses than anticipated by the end of the year, in part because of the rollout of booster shots in wealthier counties such as the United States.

Bidian Okoth recalled spending more than three hours in line at a Nairobi hospital, only to be told to go home because there weren't enough doses. But a friend who traveled to the U.S. got a shot almost immediately after his arrival there with a vaccine of his choice, "like candy," he said.

"We're struggling with what time in the morning we need to wake up to get the first shot. Then you hear people choosing their vaccines. That's super, super excessive," he said.

Okoth said his uncle died from COVID-19 in June and had given up twice on getting vaccinated due to the length of the lines, even though he was eligible due to his age. The death jolted Okoth, a health advocate, into seeking a dose for himself.

He stopped at one hospital so often on his way to work that a doctor "got tired of seeing me" and told Okoth he would call him when doses were available. Late last month, after a new donation of vaccines arrived from Britain, he got his shot.

The disparity comes as the U.S. is moving closer to offering booster shots to large segments of the population even as it struggles to persuade Americans to get vaccinated in the first place. President Joe Biden on Thursday ordered sweeping new federal vaccine requirements for as many as 100 million Americans, including private-sector employees, as the country faces the surging COVID-19 delta variant.

About 53% of the U.S. population is vaccinated, and the country is averaging more than 150,000 new cases of COVID-19 a day, along with 1,500 deaths. Africa has had more than 7.9 million confirmed cases, including more than 200,000 deaths, and the highly infectious delta variant recently drove a surge in new cases as well.

The head of the WHO, Tedros Adhanom Ghebreyesus, insisted Wednesday that rich countries with large supplies of coronavirus vaccines should hold off on offering booster shots through the end of the year and make the doses available to poorer countries.

John Nkengasong, director of the Africa Centers for Disease Control and Prevention, told reporters Thursday that "we have not seen enough science" to drive decisions on when to administer booster shots.

"Without that, we are gambling," he said, and urged countries to send doses to countries facing "vaccine famine" instead.

In the U.S., vaccines are easy to find, but many people are hesitant to get them.

At the church in northwest Atlanta, a nonprofit group offered the Johnson & Johnson and Pfizer vaccines for free without an appointment from 10:30 a.m. to 4:30 p.m. But site manager Riley Erickson spent much of the day waiting in an air-conditioned room full of empty chairs, though the group had reached out to neighbors and the church had advertised the location to its large congregation.

Erickson, with the disaster relief organization CORE, said the vaccination rate in the area was low, so he wasn't surprised by small turnout. The one person who showed up was a college student.

"When you put the effort into going into areas where there's less interest, that's kind of the result," he said. His takeaway, however, was that CORE needed to spend more time in the community.

A second vaccination site run by county officials — this one in downtown Atlanta — had a little more foot traffic around lunchtime, but not enough to cause even the slightest delay.

Margaret Herro, CORE's Georgia director, said the group has seen an uptick in vaccinations at its pop-up sites in recent weeks amid a COVID-19 surge fueled by the delta variant and the FDA's full approval of the Pfizer vaccine. It has administered more than 55,000 shots from late March through the end of August at hundreds of sites around the state, including schools and farmers' markets. It also has gone to meatpacking plants and other work locations, where turnout is better, and it plans to focus more on those places, Herro said.

"We definitely don't feel like it's time to let up yet," she said.

In Nairobi, Okoth believes there should be a global commitment to equity in the administration of vaccines so everyone has a basic level of immunity as quickly as possible.

"If everyone at least gets a first shot, I don't think anyone will care if others get even six booster shots," he said.