Traffic flow changes are being considered after the reopening leads to more than 4-hour wait times. 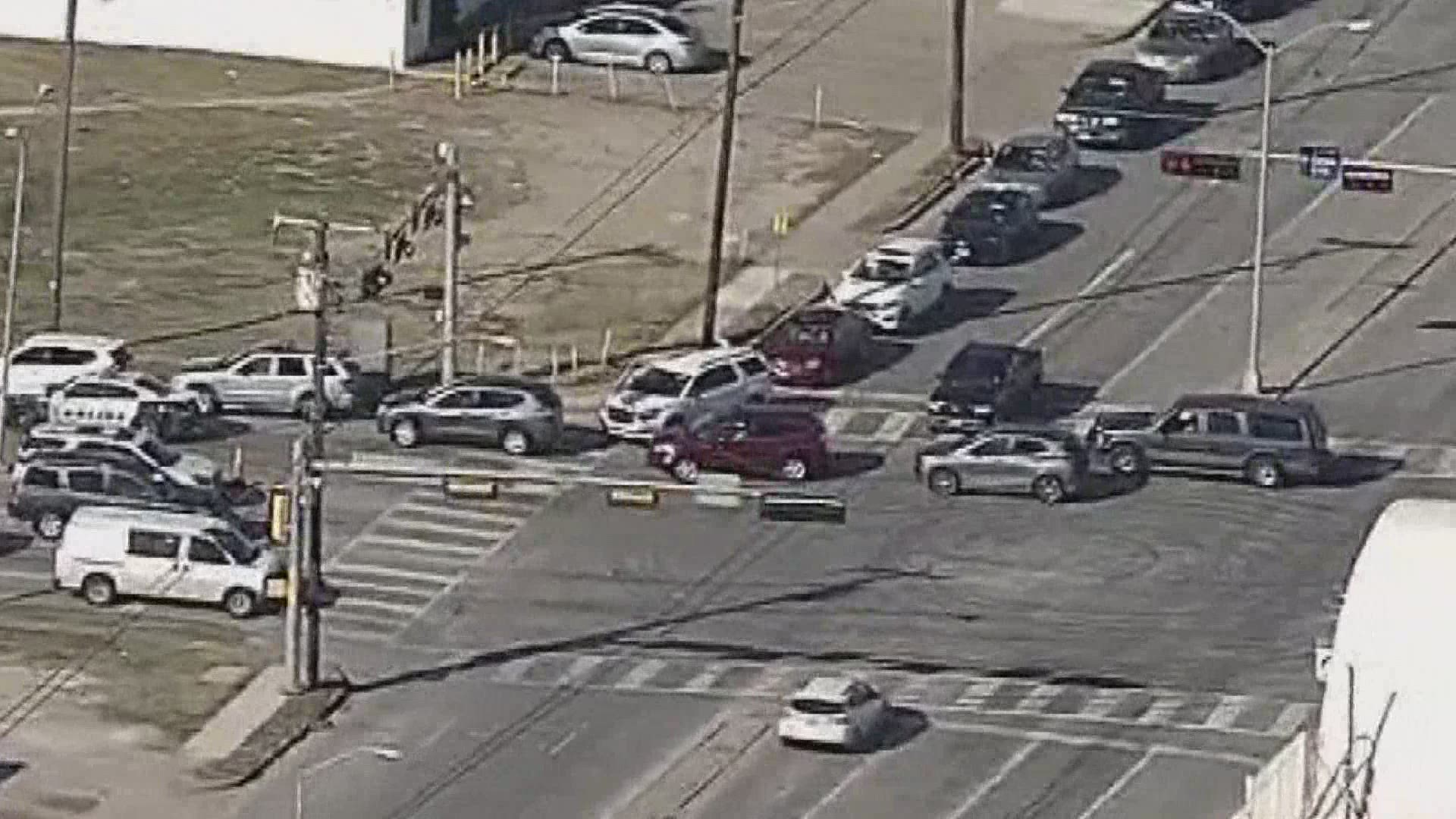 DALLAS — Today, the drive-thru operations at the COVID-19 vaccine mega site at Fair Park coordinated with FEMA was packed with long lines, leading to 4 to 5-hour wait times. Officials promised to improve the traffic flow as early as Thursday.

But Dallas County Judge Clay Jenkins said Wednesday's traffic, a line of vehicles that snaked around almost the entirety of Fair Park perimeter roads, was partly due to the large number of people showing up for their second dose vaccines. With the site not available during last week's unprecedented winter storms, second dose vaccinations were available Wednesday to anyone who needed it on or before Feb. 16.

"We'll be working with DPD tonight on seeing on what we can do about the traffic pattern," Jenkins told WFAA. "Because we're going to continue to have a lot of people showing up until they're caught up on their second shots from last week."

Joyce Eastin, with her daughter Molly Villasana serving as her driver, set out early Wednesday morning. By the time WFAA caught up with them in the post-vaccination wait line near Gate 15, they had already spent four hours in line.

"Getting in through the gate was horrendous," Eastin said after receiving her second dose vaccine.

“There’s one line around the park. And you have to be in that line. And it’s forever," Villasana said. “It’s very confusing and frustrating.”

Unlike the Denton County vaccination site at the Texas Motor Speedway, which is blessed with acres and acres of pavement in a more rural setting and multiple lanes designed to carry heavy traffic, the Fair Park site has traffic doubled back on Cullum and Fitzhugh before the journey ends at a western entrance to the parking lot of Gate 15, where vehicles eventually exit onto Haskell Avenue.

“I was hoping it would be a bit quicker," Roger Kaiser said after receiving his second dose vaccine. "They’ve got lots of stations here. I guess they just got overwhelmed.”

FEMA’s portion of the mega vaccination site is scheduled to run seven days a week. And as many as 40,000 volunteers will be needed through the end of May. You can sign up to be a non-medical volunteer at Voly.org. If a volunteer has served at least 15 hours, they could be eligible for a vaccine too if extra doses are available at the end of the day.

RELATED: Help in the fight against COVID-19: Dallas County needs 40,000 volunteers for its vaccine mega center

Operations typically run Monday – Saturday and volunteers can sign up for various 3 to 5-hour shifts throughout the day. At least 50 volunteers are needed per shift. Volunteers must wear a mask at all times and be at least 18 years of age.

So far, VolunteerNow has provided more than 2,000 volunteers to cover 6,000 volunteer shifts that serve the vaccine operation in Fair Park.

“The spots fill up very quickly. As we post them usually in a few hours they’re all filled," VolunteerNow CEO Tammy Richards said. "We are so appreciative how generous the city of Dallas and North Texas are in terms of helping their fellow citizens filling these opportunities.”

And Evna Hinson, 78, praised the work of those volunteers. She said her 4-hour wait was worth it.

“But overall. It moved. It went OK," she said afterwards.

Vaccinations continue Thursday for anyone due for their second dose on Feb. 17 or earlier. Dallas County asks that people plan to arrive around the same time you received your first dose.

First shot vaccinations will continue to be administered by appointment only.