Texas is expected to receive 200,000 doses of the vaccine next week. The FEMA vaccination sites could receive doses as soon as Tuesday. 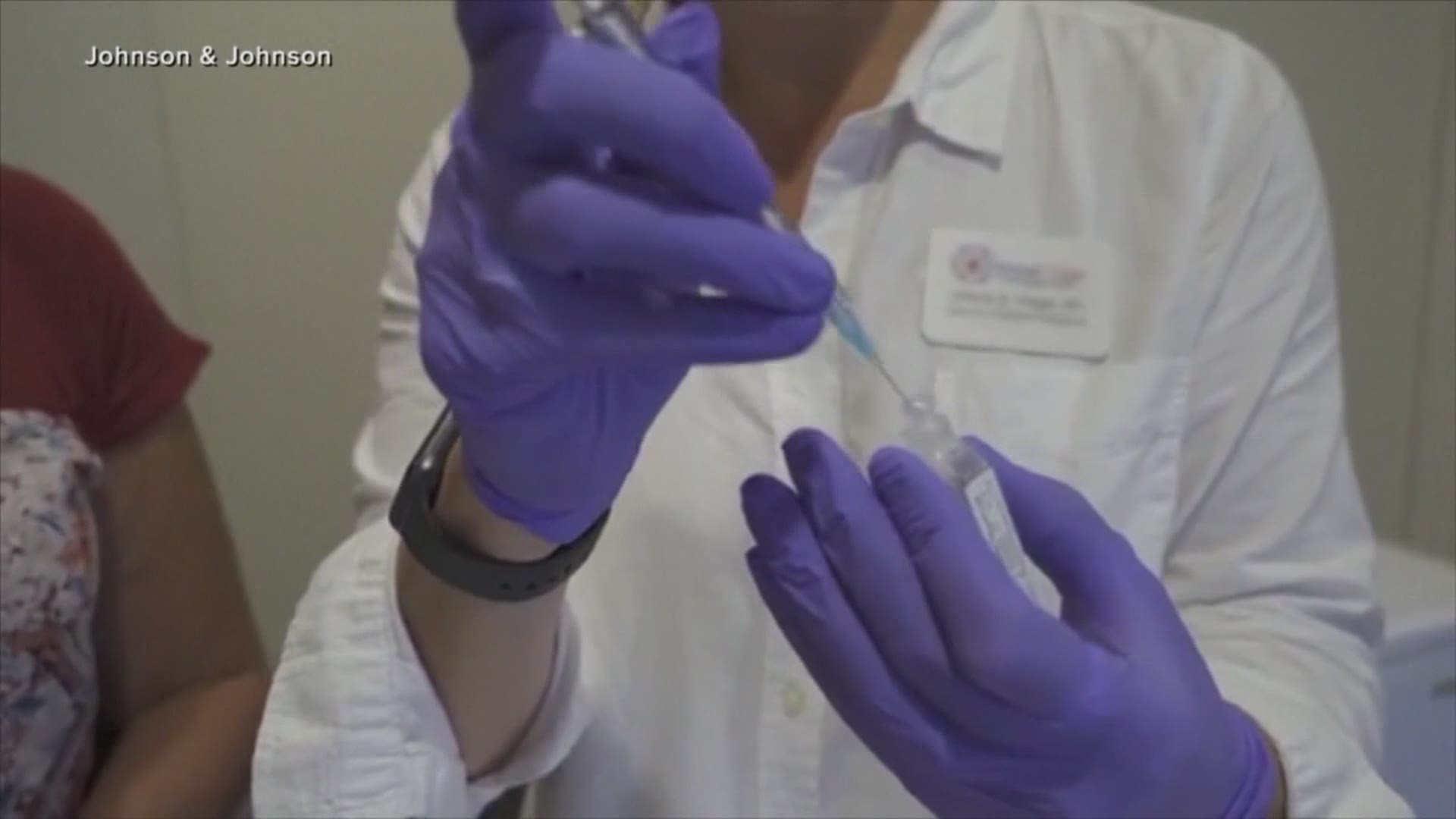 The Texas Department of State Health Services confirmed Dallas and Arlington's FEMA vaccination sites could receive 6,000 doses each of the Johnson & Johnson COVID vaccine as early as Tuesday.

The Johnson & Johnson single-dose COVID vaccine was FDA-approved for emergency use authorization over the weekend.

Texas has been allocated 24,000 doses in the first week of distribution, and according to state health officials, it will be distributed between three FEMA vaccination sites in Houston, Dallas and Arlington.

The Houston site will receive the other 12,000 doses.

Texas is expected to receive more than 200,000 doses of the vaccine for distribution the following week, officials said.

In clinical trials, the new vaccine worked especially well in protecting recipients from severe disease and hospitalizations, but its efficacy rate of 72% in U.S. trials is less than its competitors. Pfizer and Moderna were shown to be 94% to 95% effective against COVID-19.

However, the Johnson & Johnson vaccine was tested while COVID-19 variants were becoming more widespread. It remains unclear how these variants could affect the efficacy rates for the other two vaccines.

As of Sunday, almost 5.5 million doses have been administered across the state. With projected increases in testing, local experts estimate Dallas County could hit herd immunity sometime over the summer.

RELATED: When will Dallas County reach herd immunity? It could be as soon as this summer