Allen Fire Chief says he wanted to be part of the Moderna Vaccine trial to show people it's safe and they can trust the science. 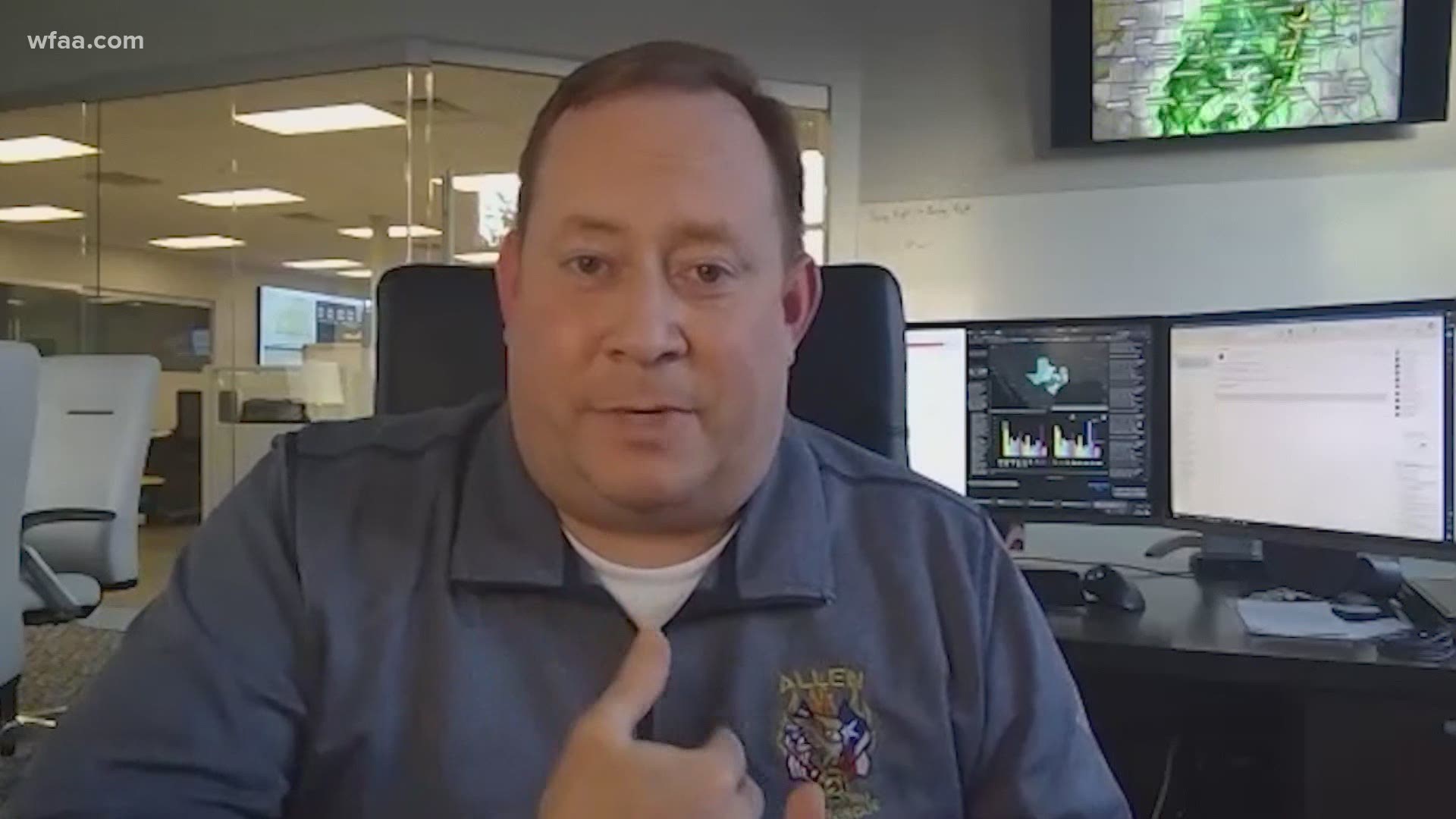 Often paramedics and firefighters are the first to come in contact with someone who is sick with COVID-19.

That's one of the reasons Allen Fire Chief Jonathan Boyd signed up for the Moderna vaccine trial.

"It brings a lot of hope to the firefighters and to myself and hopefully to the public,” said Chief Boyd.

He said he had zero hesitation signing up.

"I wanted to be able to say I've taken it and this is what I experienced,” said Boyd.

"I had a low grade fever. I think I measured it at 99.7 and felt tired for about 8 hours after the shot. I woke up the next morning and felt great, didn't notice anything at all,” said Boyd.

Boyd hopes he's an example to others. Even though he had a 50-50 chance of actually getting the vaccine, the possibility makes him feel relieved.

“It's a great feeling to have that little bit of stress gone,” said Boyd.

The chief also made sure the Allen Fire Department will be among those administering the vaccine. He wants to ensure it gets to everyone, especially those who are home bound or in nursing homes.

“Where people can't drive to get the vaccines, we will find a way to get it to them,” said Boyd.

“Patience is going to be important," said Boyd.

He said he hopes his story will convince others to get the vaccine because he believes it's the only way this nightmare will end.

An FDA panel will review the Moderna vaccine on Thursday and vote whether to recommend it for emergency authorization approval. The vaccine could be approved as soon as the weekend, much like the Pfizer vaccine was last week.