Did you get unemployment in 2020? Millions will see extra refund soon

The IRS said Friday it now believes about 13 million taxpayers may be eligible for these extra refunds. Here's the updated timeline for those payments. 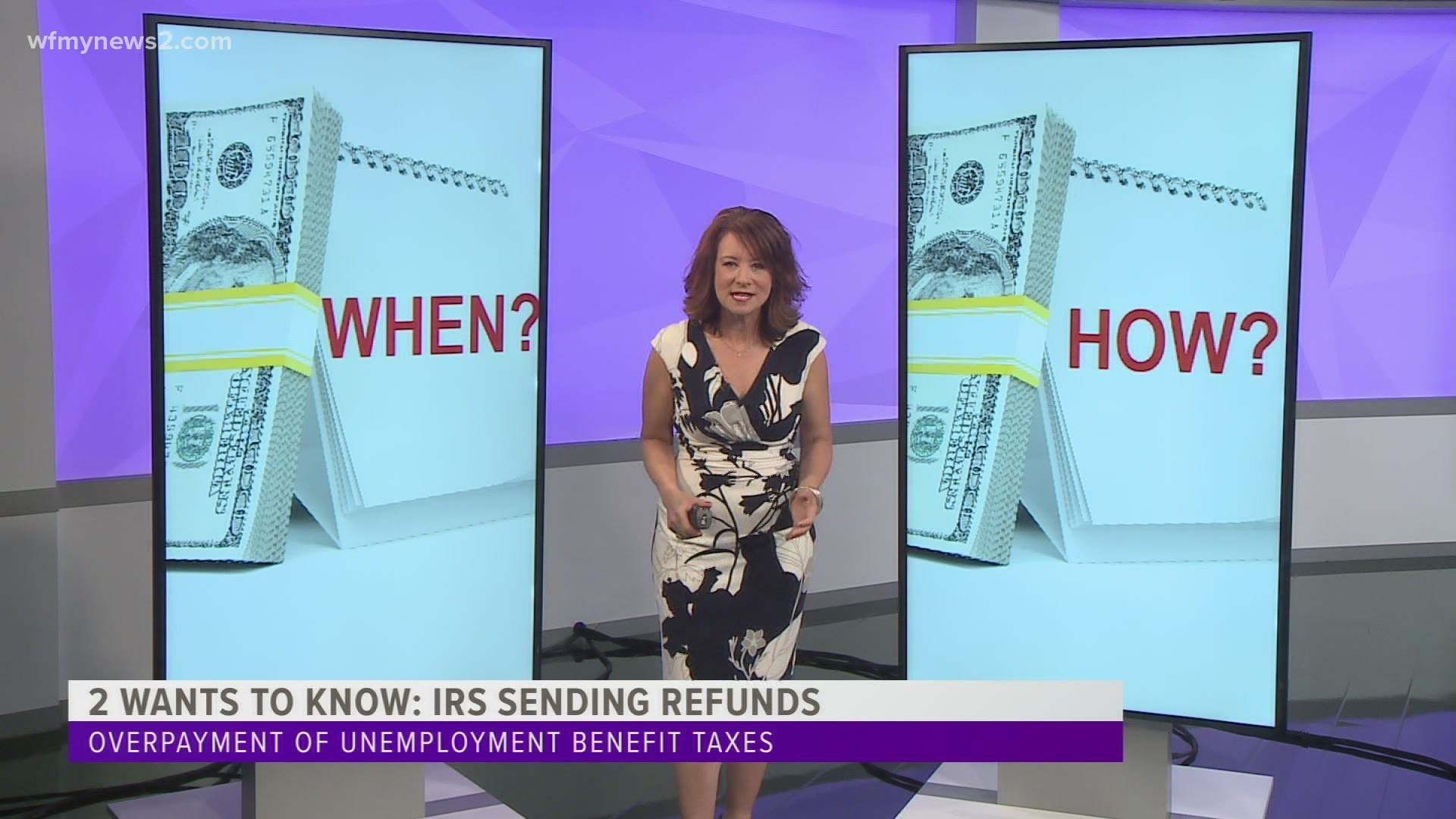 WASHINGTON — The Internal Revenue Service said Friday it will be sending millions of refunds this week to taxpayers due money for taxes they paid on unemployment benefits.

Who are getting these refunds? Americans who took unemployment in 2020, but filed their taxes before passage of the American Rescue Plan on March 11.

Tax filing season had been open for about a month when the relief bill was signed into law. The legislation made it so Americans wouldn't need to pay taxes on jobless benefits they received last year,up to a certain amount.

The IRS initially said it believed about 10 million taxpayers were eligible for these extra refunds, but on Friday the agency announced that estimate has gone up to 13 million.

Some people said they woke up Thursday to payments from IRS TREAS 310.

When will you get your refund?

The IRS said Friday that so far it has reviewed more than 3.1 million returns,  with more than 2.8 million people receiving refunds.

The agency said those 2.8 million refunds would be sent out this week.

The IRS said it plans to issue the next round of refunds in mid-June.

But remember, this process could take some time as the IRS is reviewing 13 million tax returns.

The IRS said these corrections are being made automatically in a phased approach with the simplest returns getting tackled first, which includes single taxpayers with no child credits or refundable tax credits.

The next phase includes taxpayers with more complex returns, including couples filing jointly. The phases will continue through the end of the summer.

Who is eligible for unemployment tax refund?

The American Rescue Plan forgave taxes on the first $10,200 of unemployment for individuals, including those who are married but file taxes separately. It forgives $20,400 for couples filing jointly.

The forgiveness is only for taxpayers who earned less than $150,000.

How will you get the refund?

The IRS will issue refunds through direct deposit if they have your banking info, otherwise the refund will be mailed as a paper check to the address on record. The IRS also plans to send a letter explaining the corrections.

CAN THIS REFUND BE GARNISHED?