This week, California opened applications for a $125 million emergency fund for undocumented immigrants, of which, $50 million is from donations. 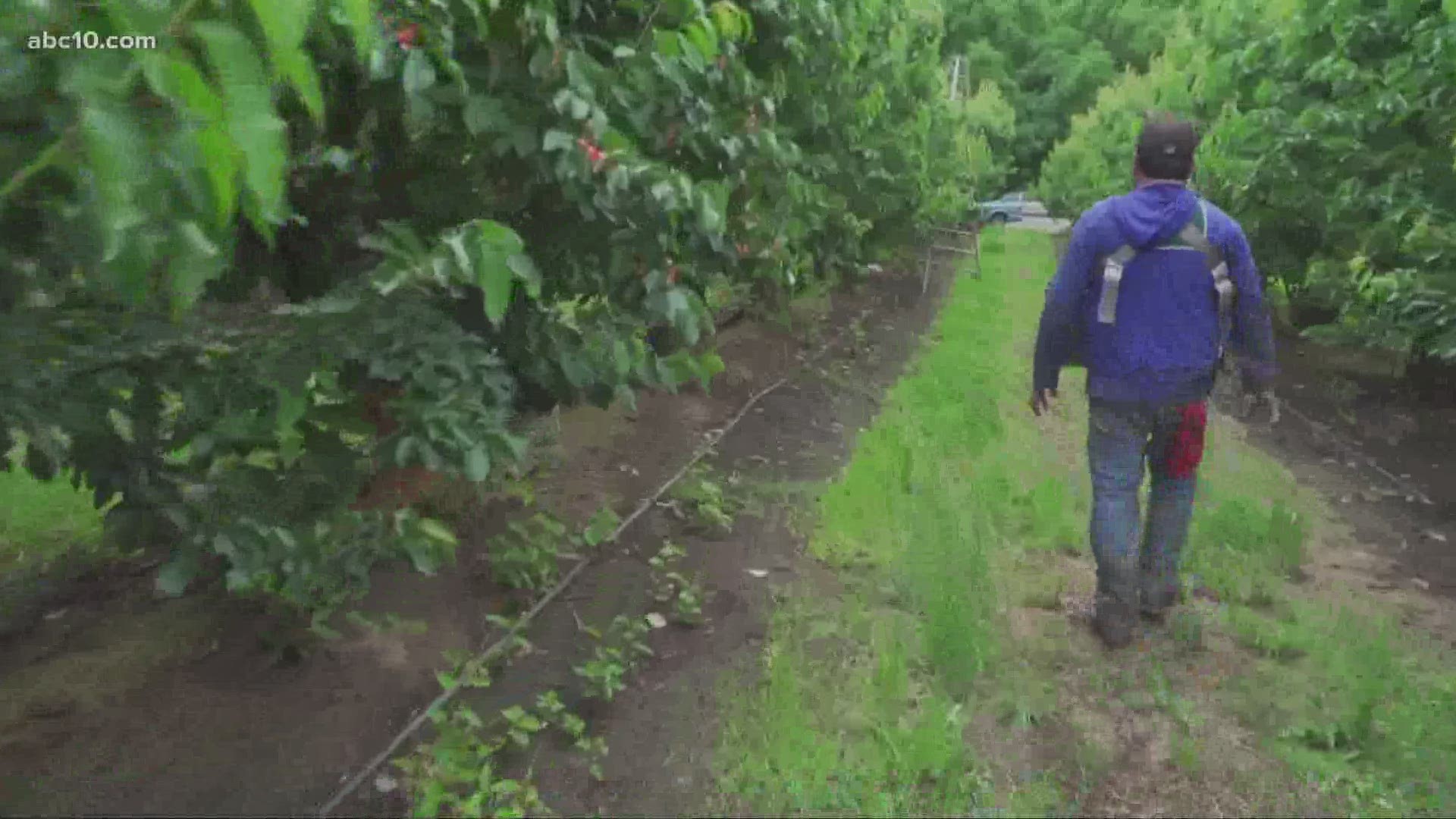 LINDEN, Calif. — In an orchard near Linden, Ladislado Rocha has climbed ladders to pick Central Valley cherries for over twenty years.

"I'm carrying this bucket. It's painful. The straps hurt my shoulders," Rocha said through a Spanish-English translator.

The husband and father of three who is originally from Mexico said he is documented. But regardless of his status, he says for those hurting economically, immigration documentation shouldn't matter.

The federal government began rolling out in April $1,200 to every American citizen as part of the CARES Act stimulus package. But that money did not go to undocumented immigrants.

"I think everyone should get the money," added Rocha. "We're all workers, whether we're documented or undocumented."

This week, California opened up its own $125 million emergency fund for undocumented immigrants, of which, $75 million is from state coffers and the rest is from donations.

It's expected to go 150,000 undocumented workers. An undocumented adult can receive $500 with a maximum $1000 per household.

Part of the qualifications include if you "have experienced a hardship as a result of COVID-19." The state began accepting applications Monday.

"I think it's very important to them," said Jose Rodriguez, CEO and President of the Central Valley chapter of the community-based non-profit.

El Concillio one of several non-profits across the state taking applications for workers. They have been swamped with phone calls for help.

"And to think that they were left out of the stimulus, and they weren't going to receive any assistance when everybody else has it just doesn't seem fair," Rodriguez said.

One woman, who didn't want to be identified, says her family of five is struggling. Her husband is undocumented and works as a chef, but had his hours reduced nearly in half.

Her husband applied for the money yesterday.

"I have to pay my services, like bills, electricity, gas, PG&E," she said. "So, this is very, very important for food for everything."

But there are those who are vehemently opposed to giving away the tax payer dollars to the undocumented.

The Center for American Liberty based in Virginia is suing the governor in the California Supreme Court. The organization's attorney told the LA Times the money is "not a slush fund for the governor to spend as he sees fit."

El Concillio says those who apply will know if they get the cash in two to three weeks by email or regular mail.

►Stay In the Know! Sign up now for the Daily Blend Newsletter