A growing number of countries are halting air travel from the U.K., while France has banned trucks from the country while the new variant is assessed. 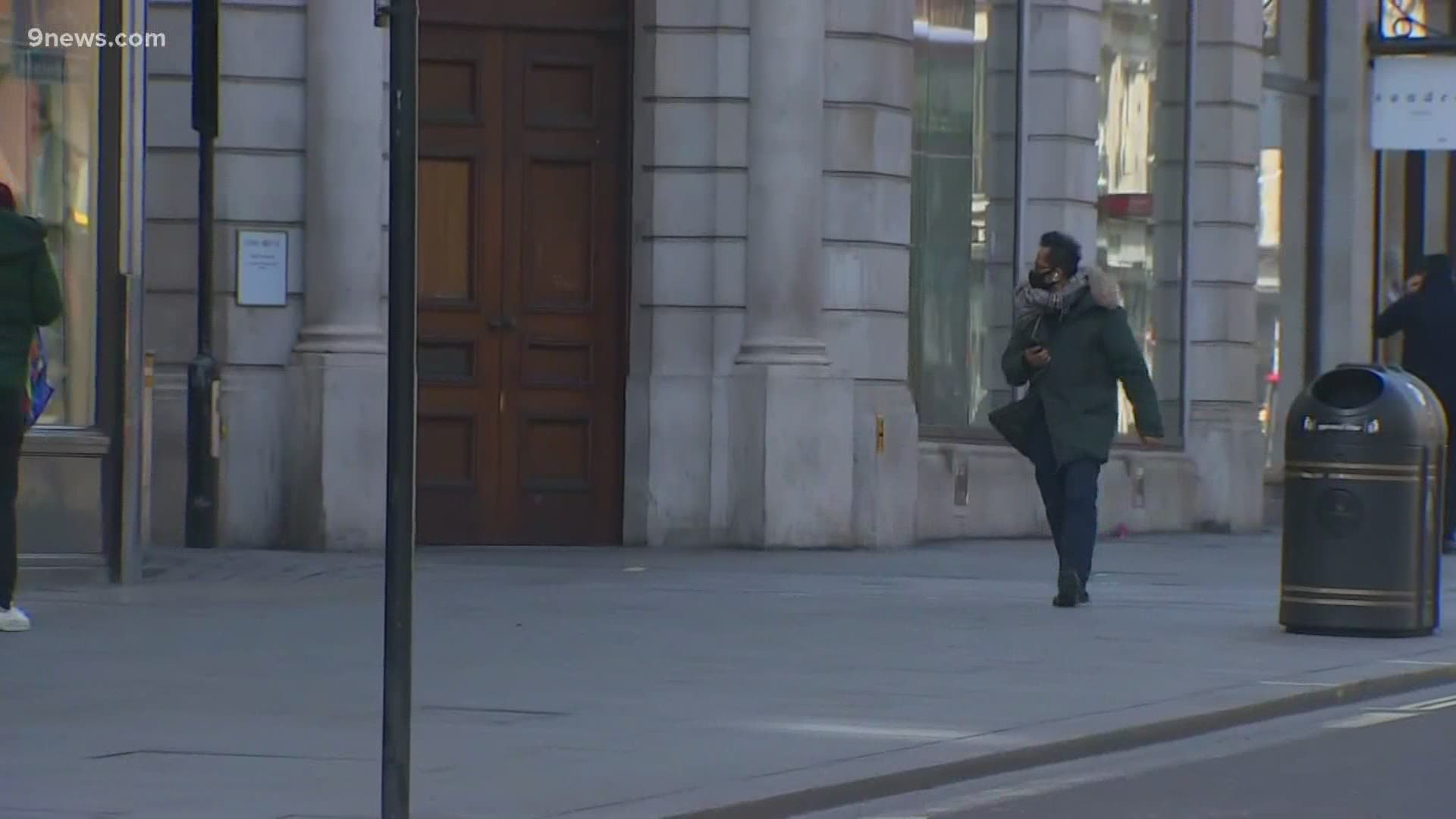 LONDON, UK — Trucks waiting to get out of Britain backed up for miles and people were left stranded at airports Monday as dozens of countries around the world slapped tough travel restrictions on the U.K. because of a new and seemingly more contagious strain of the coronavirus in England.

From Canada to India, one nation after another barred flights from Britain, while France banned British trucks for 48 hours while the strain is assessed.

After a conversation with French President Emmanuel Macron, British Prime Minister Boris Johnson said he understood the reason for the restrictions and expressed hope for a swift resumption in the free flow of traffic between the U.K. and France, perhaps within a few hours.

He said officials from both countries were working “to unblock the flow of trade as fast as possible." Macron said earlier that France was looking at establishing systematic testing of people for the virus on arrival.

Over the weekend, Johnson imposed strict lockdown measures in London and neighboring areas where Health Secretary Matt Hancock said the new strain is “out of control.” Experts said the early evidence indicates the strain is not more lethal, and they expressed confidence that the vaccines now being rolled out would still be effective against it.

After France announced Sunday night that it was closing its borders to trucks from Britain, hundreds of vehicles, mainly operated by drivers from Europe, became stranded outside the English Channel port of Dover. The lines shrank over the course of the day.

Around 10,000 trucks pass through the port of Dover every day, accounting for about 20% of the country’s trade in goods.

Meanwhile, the European Union gave the go-ahead to the coronavirus vaccine developed by Pfizer and BioNTech, setting the stage for the first COVID-19 shots across the 27-nation bloc to begin on Dec. 27. The approval came just hours after the EU's drug regulatory agency said the vaccine meets safety and quality standards. It is already being dispensed in Britain and the U.S.

The virus is blamed for 1.7 million deaths worldwide, including about 68,000 in Britain, the second-highest death toll in Europe, behind Italy's 69,000.

While the French ban does not prevent trucks from entering Britain, the move stoked worries about shortages at a time of year when the UK produces very little of its food and relies heavily on produce delivered from Europe by truck.

Many trucks that deliver cargo from the U.K. to the continent return laden with goods for Britain’s use. The fear is that a drop in the number of vehicles crossing over to the continent could lead to shortages in the U.K. Also, some drivers or their employers might decide against entering Britain for fear they won't be able to get back home.

Supermarket chain Sainsbury’s warned that some products, such as lettuce, cauliflower, broccoli and citrus fruits, could soon be in short supply if the crisis not resolved in the coming days.

Canada, India, France, Germany, Italy, Spain, Sweden and Poland were among the countries that barred flights from Britain.

In the United States, New York Gov. Andrew Cuomo, who has been calling on the U.S. to halt flights as well, said that he asked airlines flying into his state from the U.K. to make all passengers take a coronavirus test before boarding. He said at least one carrier, British Airways, agreed to do so.

At Germany’s Berlin and Frankfurt airports, passengers arriving from Britain had to spend Sunday night in the terminals as they awaited test results.

Eurotunnel, the rail operator that carries passengers and freight between Britain and mainland Europe, also suspended service out of the U.K.

Sophie Taxil, a Frenchwoman who lives in London, caught a train back home from Paris and urged everyone in Britain to follow the rules.

“I live there and I need to go back there; my family is there,” she said. “I think that phlegmatic British nature suits these COVID times: Stay calm and carry on, fair play.”

Over the weekend, Johnson said early indications are that the variant is 70% more transmissible and is driving the rapid spread of infections in the capital and surrounding areas.

As a result, he scrapped a planned relaxation of rules over Christmastime for millions of people and imposed other tough new restrictions in the affected zone. No indoor mixing of households will be allowed, and only essential travel will be permitted. Stores selling nonessential goods were ordered closed, putting a crimp in Christmas shopping.

The European Centre for Disease Prevention and Control said that while preliminary analysis suggests the new variant is “significantly more transmissible,” there is no indication that infections are more severe. Still, experts have stressed that more infections will lead to more hospitalizations and deaths.

The Stockholm-based agency said a few cases of the variant have been reported by Iceland, Denmark and the Netherlands. It also cited news reports of cases in Belgium and Italy.

The chaos at the border comes at a time of huge uncertainty for Britain, less than two weeks before it completes its exit from the EU.

Though Britain left the bloc on Jan. 31, it is in a transition period during which it effectively abides by EU rules until the end of this year. Talks on a post-Brexit trade relationship are deadlocked.

Retailers played down fears of food shortages in the short term but warned of problems if the travel bans last for a while and if Britain and the EU fail to reach a trade deal.

“Retailers have stocked up on goods ahead of Christmas, which should prevent immediate problems,” said Andrew Opie, director of food and sustainability at the British Retail Consortium. "However, any prolonged closure of the French border would be a problem as the U.K. enters the final weeks before the transition ends.”

“If freight gets moving again today, then the overall impact on fresh produce arriving to supermarkets should be fairly minimal," said Kevin Green, the association's director of marketing and communications

Associated Press writers Frank Jordans and Geir Moulson in Berlin, Thomas Adamson in Paris and Lorne Cook in Brussels contributed to this report.

Credit: AP
Lorries are parked near the port, Monday, Dec. 21, 2020, after the Port of Dover, England, was closed and access to the Eurotunnel terminal suspended following the French government's announcement.