In the past 24 hours, 1,000 hospital beds and 95 ICU beds have been filled as Texans head into the holiday weekend. 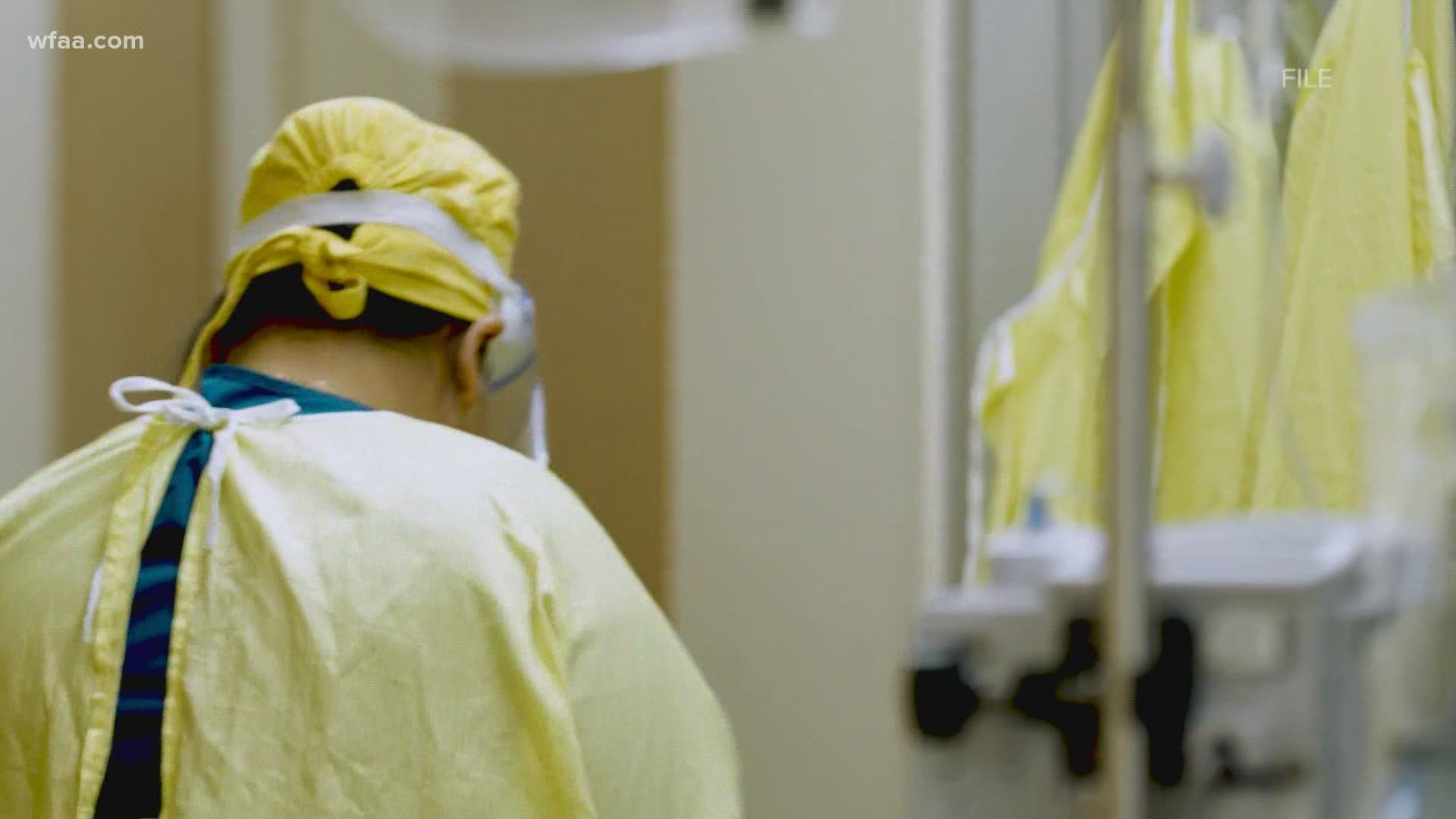 There are more than 14,000 new cases of COVID-19 on Wednesday in Texas, setting a state record since the pandemic began.

Meanwhile, the number of available hospital beds continues to decrease.

In the past 24 hours, 1,000 hospital beds and 95 ICU beds have been filled as Texans head into the holiday weekend. Doctors and elected officials are warning that small gatherings with people outside of one's household could put even more stress on the already burdened hospital system.

During the summer, the highest cases reported in the state were 10,791 on July 15. Cases surpassed that for the first time on Nov. 17 when 10,823 cases were reported.

The CEO of Texas Health Resources, Barclay Berdan, said at the current rate he expects Texas Health will have no more ICU beds available in North Texas in one week.

That includes for non-coronavirus emergencies.

"The point that we're trying to avoid is where we have to begin to make decisions about care, and, you know, we don't want to be there," Berdan said.

As of Monday, there are a total of 801 available ICU beds and 11,301 available hospital beds in the state.

Six hospital regions out of the state's 22 are above the 15% threshold of occupancy. The six regions include Amarillo, Lubbock, El Paso, Waco, Midland and Laredo.

The Waco and Laredo regions each have one available ICU bed.

The Dallas-Fort Worth region has 116 available ICU beds. The region has been slowly climbing near the 15% threshold over the past seven days. On Wednesday, it was at 14.95%.

The CEO of the Palo Pinto General Hospital in Mineral Wells said they're struggling to transfer patients to higher levels of care in Dallas-Fort Worth.

"You are the front line to stop the spread and we need your help!" Ross Korkmas said in the Facebook post.

If the trend of 15% or above continues in our region, it could prompt automatic shutdowns for bars and rollbacks for retail, gyms and restaurants.