The governor said he expects the state to be able to test as many as 10,000 weekly. Dallas County officials say they plan to test 5,000 weekly. 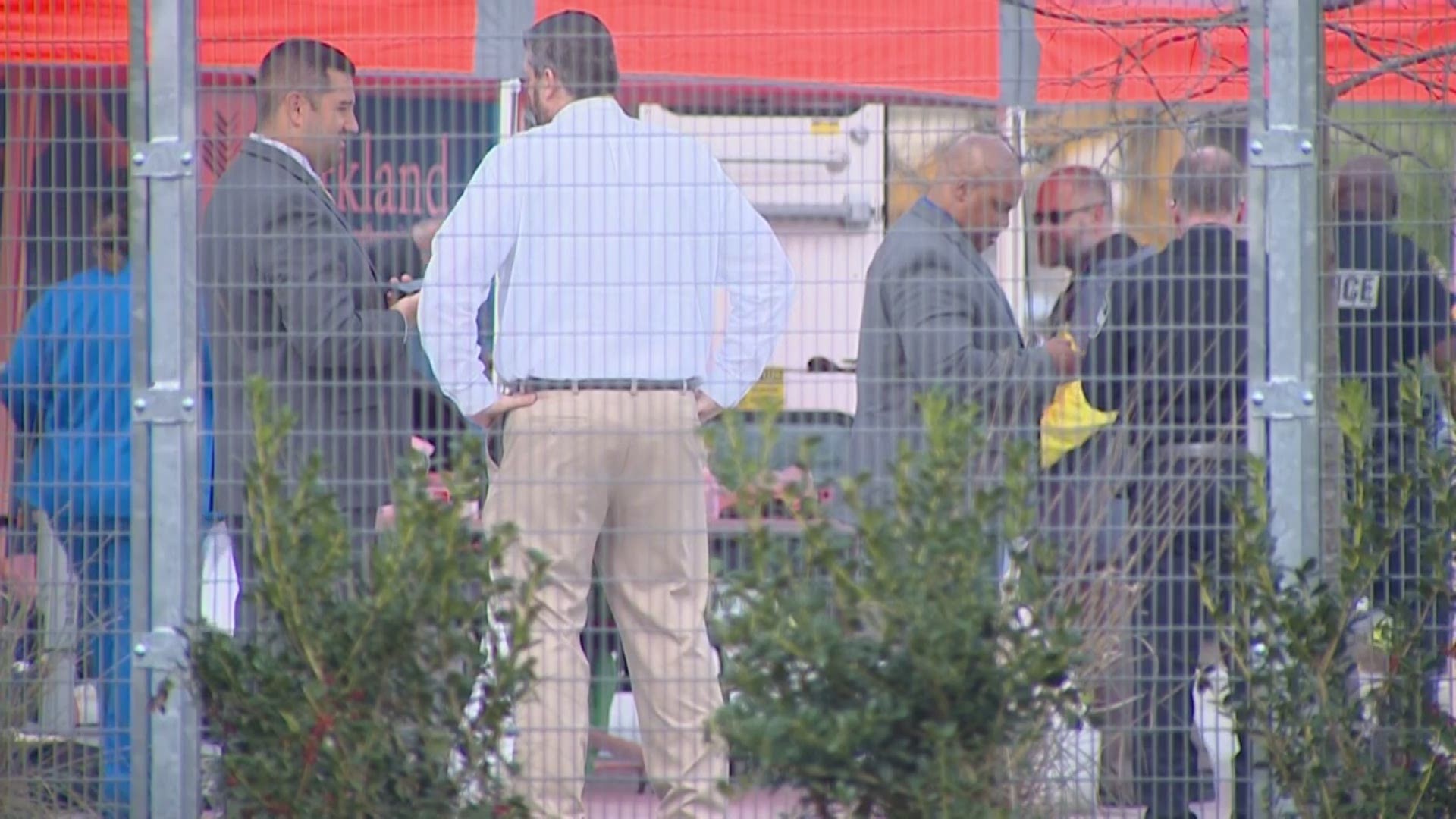 Gov. Greg Abbott said Tuesday that the Federal Emergency Management Agency is sending 15,000 testing kits to Texas. The governor said he expects the state to be able to test as many as 10,000 weekly.

State records show 1,268 Texans have been tested so far statewide in private and public labs. There are 64 confirmed cases statewide, and one person has died from the novel coronavirus, according to state health figures.

National leaders also promised Tuesday that testing will increase across the country.

Fewer than 60,000 people have been tested nationwide. More than 4,200 people have tested positive for COVID-19 in the U.S., according to the Centers for Disease Control and Prevention.

The Trump administration plans to set up 47 drive-thru testing facilities in 12 states but officials have not said when those sites will be running or where they will be located.

In Dallas County, Judge Clay Jenkins promised that health authorities will be able to test as many as 5,000 people each week at two testing sites -- one at the former Verizon theater in Grand Prairie and one at the American Airlines Center parking garage in Dallas.

Jenkins announced the expanded testing capabilities Monday but said Tuesday that the sites should be up and running this week.

Tarrant County Judge Glen Whitley said the county is also testing for smaller counties, but a majority of testing in the Fort Worth area is being performed at private labs.

He said “we still don’t know” if drive-thru testing sites will be set up in Tarrant County like Dallas County has planned.

When a doctor performs a flu test in a doctor’s office, the patient often knows whether they have flu or not before they leave the office, said Matt Richardson, director of Denton County Public Health.

For COVID-19 tests, a doctor’s office or hospital will take a swab either orally or nasally, put the swab in media and then need to “ship it to a lab,” Richardson said.

If your case is part of a public health investigation, the sample would be sent to a public health lab in either Tarrant or Dallas counties. Richardson added that private labs like Quest and LabCorp are now participating in the testing with private physicians’ offices.

There have been six confirmed cases of COVID-19 in Collin County, but Collin County Health Care Services does not have an onsite laboratory to test for the disease.

Instead, the county is relying on two commercial laboratories that have recently announced their abilities to test for the virus.

As of March 9, Quest Diagnostics has said that they are able to test patients, and LabCorp announced that they began testing March 5.

Patients who are exhibiting symptoms are advised to contact their primary care physicians. Physicians do not need to obtain permission from county public health officials in order to order tests from a commercial lab.

However, Collin County officials are requesting that suspected cases of COVID-19 are reported to the county health department at 972-548-4707.

RELATED: Finding peace amidst the stress: How meditation can work during COVID-19 crisis

Dallas County is working to open two new drive thru test sites which will ramp up the county’s testing ability to 5,000 tests per week. Each of the two sites are expected to have the capacity to test 2,500 people per week.

“But we need the federal government to release the tests to us and work with us on that. I’m not sure when but in the coming days that will happen,” said Dallas County Judge Clay Jenkins during a Town Hall broadcast on Facebook live Tuesday morning.

County officials say they will be focusing on people who are over 65 and with underlying conditions. Because of limited testing, officials say it is important that people are not tested simply because they are curious if they are infected.

Instead, Dallas physicians will be examining patients to see if a COVID-19 test is warranted before referring them to one of the testing sites.

“The situation is more widespread than we’re able to show you right now,” Jenkins said.

The number of confirmed cases is five to seven days behind due to limited testing abilities, officials said.

Regardless of whether you have been tested or not “for people over 65 and for people with underlying health conditions, it is so important to just hunker down and stay away from other people for the time being,” said Judge Clay Jenkins.

As of Tuesday afternoon, Denton County is home to two COVID-19 patients. One patient, a man in his 30s, is not a Denton County resident but is currently in isolation in a private home in Double Oak. The second patient is a woman in her 50s from Prosper who recently traveled.

Health officials said they don’t know how many tests have been performed in Denton County because private labs only have to report positive cases.

Richardson, the health director, said 28 people were tested as part of county health investigations and 77 people who were tested through private physicians within the county; all of those 105 people were negative.

He said he believes testing has been taking place in Denton County far beyond those 105 cases.

It is unclear if the testing capabilities of Tarrant and Dallas counties include the need from Denton County.

At Tarrant County Commissioners Court on Tuesday, public health director Vinny Taneja told commissioners the department has been testing people but isn’t set up to be a diagnostic lab.

The county lab is "pinch hitting" while the testing infrastructure is being developed. Right now, the county has the capability to test 1,800 samples a week. So far, they’ve tested 164 samples and found three positives, Taneja said.

Whitley, the county judge, told WFAA on Tuesday afternoon that the county is also performing tests for 32 other Texas counties, and those are included in the 1,800 figure. These are counties that are too small to have their own testing capabilities. Whitley said about 48% of the tests Tarrant County has done have come from other counties. 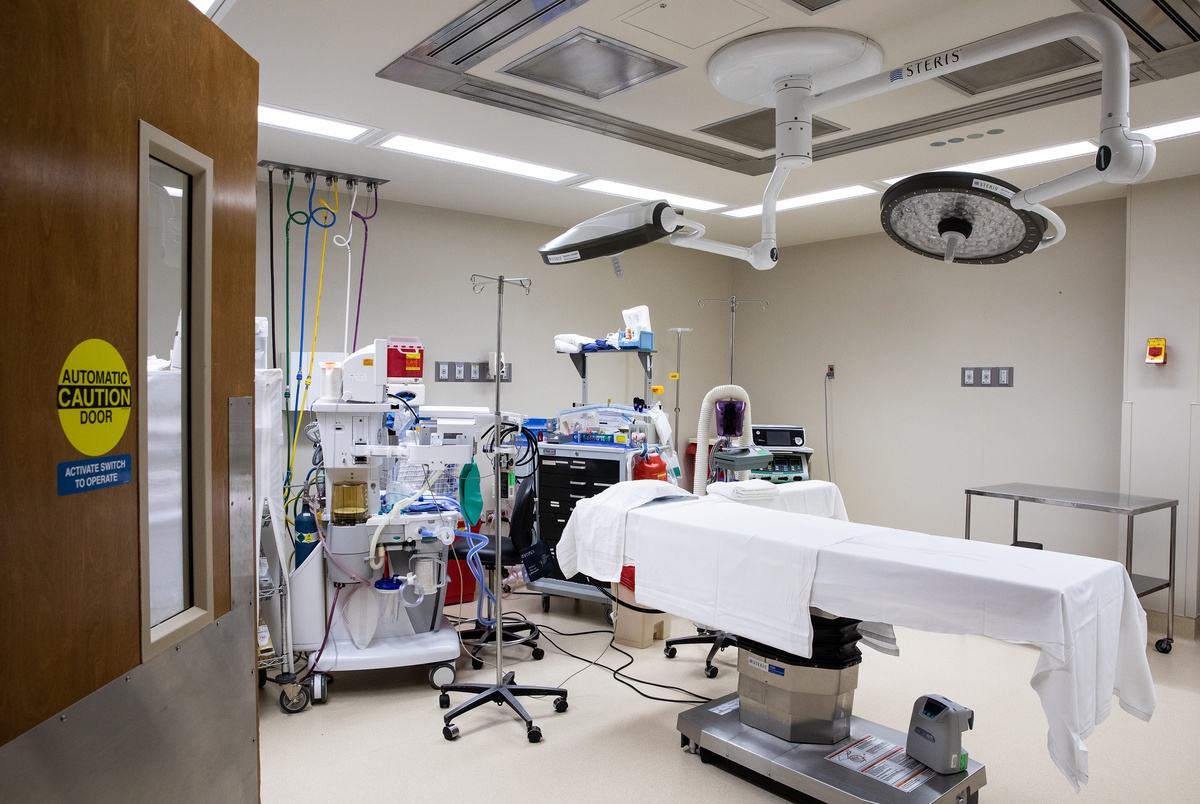 Texas hospitals don't have enough beds for coronavirus patients if too many people get sick at once
Editor's note: This story has been updated with a comment from Gov. Greg Abbott. The front lines of Texas' health care workforce are preparing for the possibility of widespread COVID-19 infection - and sounding the alarm about the state's limited number of hospital beds. Some hospitals are restricting who may visit and screening outsiders for fever.

Whitley said in addition to the tests the county lab is doing, there are likely thousands of tests that have been done by private labs and hospitals.

People who are concerned they might be sick typically call their doctor, and medical providers try to screen the patient over the phone. If necessary, the doctors will then write a prescription for the test.

Whitley said that not just anyone can perform the tests. Medical professionals must be trained and wearing protective gear. Whitley said he believes in some instances, the tests are being brought to the patients’ homes.

White House Coronavirus Task Force Member, Dr. Deborah Birx said the public will begin seeing a dramatic rise in testing numbers this week as tests are pushed out and results are returned.

She pointed to the lag time it takes between administering a COVID-19 test and receiving results from the laboratories.

The clinical labs, the Association of Clinical Laboratories, have reported out about 27,000 tests.

“Most importantly, of those 27,000, 8,200 were yesterday,” said Assistant Secretary for Health, Admiral Brett Giroir. “This shows the dramatic increase” in testing abilities. 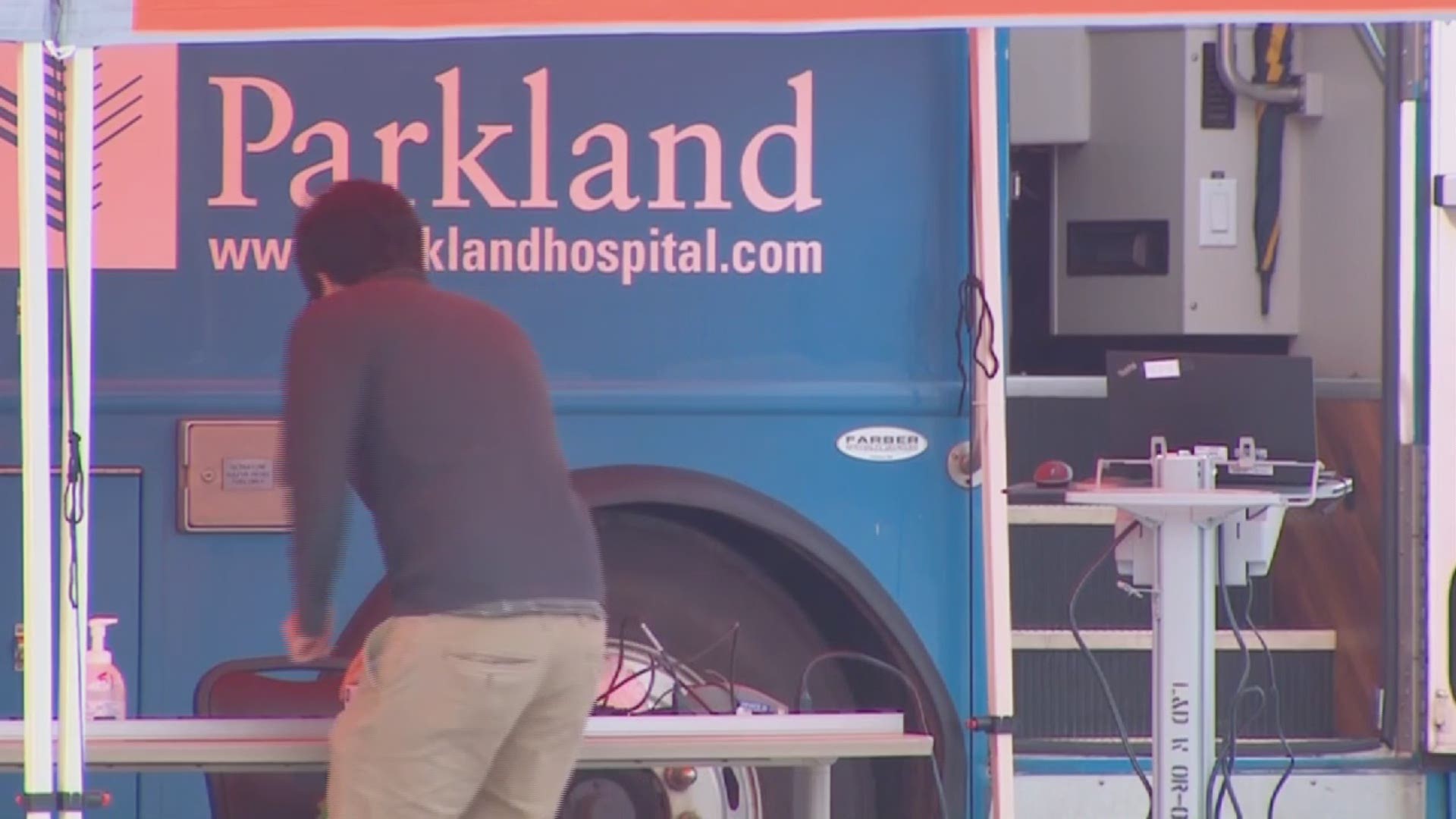 Testing numbers from the American Hospital Association, which includes all the individual hospital labs are not yet available but federal officials expect to have those numbers in the next day or so.

Additionally, the Trump administration expects to begin setting up 47 drive-thru laboratories in 12 states. No word on when those sites will be up and running or where they will be located.

When questioned about why the U.S. appears to be lagging behind other countries in their ability to test, Dr. Birx said the White House has been focused on finding high-quality test solutions.

"Over the next few months you will begin to see that other tests that were used around the world were not of the same quality resulting in false positives and false negatives,” Birx said.

The doctor said the U.S. tests “were studied by the FDA to ensure they are that level of quality."