Blood tests, also known as antibody tests, are a lot more accurate, but they only show if you’ve already had the virus. 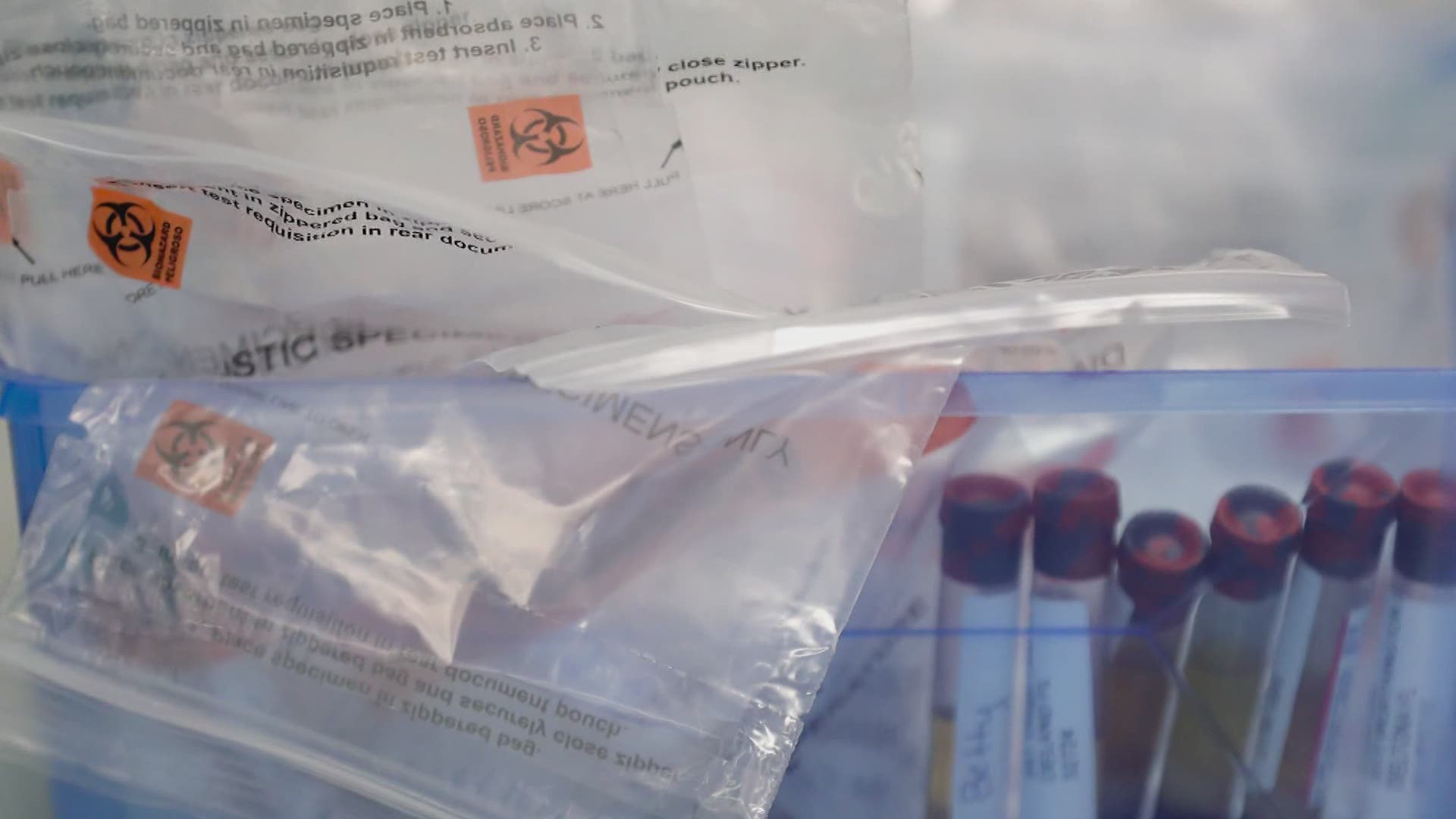 DALLAS — Micah Blehm felt relief when he got the negative test results for COVID-19.

“Yes, absolutely,” he said. “I had no symptoms when I took the initial COVID test. It was precautionary only because of my underlying issues.”

But hours after that swab test, Blehm, who suffers from asthma, developed 100.5 fever.

Then, a few days later, he came down with pneumonia. So, with symptoms still present, Blehm got a second swab test and, again, it was negative for the coronavirus.

A few weeks after he improved, Blehm’s symptoms and those results still nagged at him. So, he decided to go in for an antibody test, which is a blood draw.

“It was is really just to give me peace of mind,” he explained.

The antibody test showed what Blehm suspected all along, that he had indeed had COVID-19.

RELATED: How to get swab or antibody coronavirus test in Dallas-Fort Worth

“So far, we've done close to about 400 [swab] tests and feel about 20% to 30% have false negatives,” said Dr. Nilesh Nangrani, who runs Urgent Care 2 Go in Farmers Branch.

Nangrani, who treated Micah, said that one in four swab tests have been wrong.

Dr. Andrea Natale is a cardiologist in Austin and said one swab test he used was worse than that.

“It was inaccurate in less than a third of the patients. So, that clearly is a test, we cannot use,” he explained, though Natale would not disclose the manufacturer.

An independent lab in Dallas County said swab tests can be wrong if the sample was collected, stored or shipped incorrectly, if a patient’s symptoms have faded too much or if the nurse is not inserting the swab deep enough into the nose.

Last month, the World Health Organization raised similar questions about swab tests for the coronavirus saying the “…the sensitivity [or accuracy] of these tests might be expected to vary from 34% to 80%. Half or more of COVID-19 infected patients might be missed by such tests…”

Blood tests, also known as antibody tests, are a lot more accurate, but they only show if you’ve already had the virus.

RELATED: What is it like to get an antibody test for COVID-19? WFAA's Marc Istook shares his experience

Nangrani said he expects a second wave of this pandemic.

“Yes, I think once the economy opens up there will definitely be a secondary and tertiary curve. It will be exaggerated by influenza in the winter months and that's something that definitely keeps you up at night,” he said.

Natale now relies on one called ID Now from Abbott Laboratories to test every staff member and patient he sees. He said he also recommends FDA-approved tests developed by Roche.

An official with Dallas County said they have been cautioned that as testing becomes more widespread, there will be more false negatives creating inaccurate results.

Despite what he experienced, Blehm said he knows how important it is for people to find out whether they've contracted the virus. Working with Dr. Nangrani, Blehm said he is personally funding the costs of the tests for 300 people. To schedule a free coronavirus test, go to Drive Up Covid Testing. 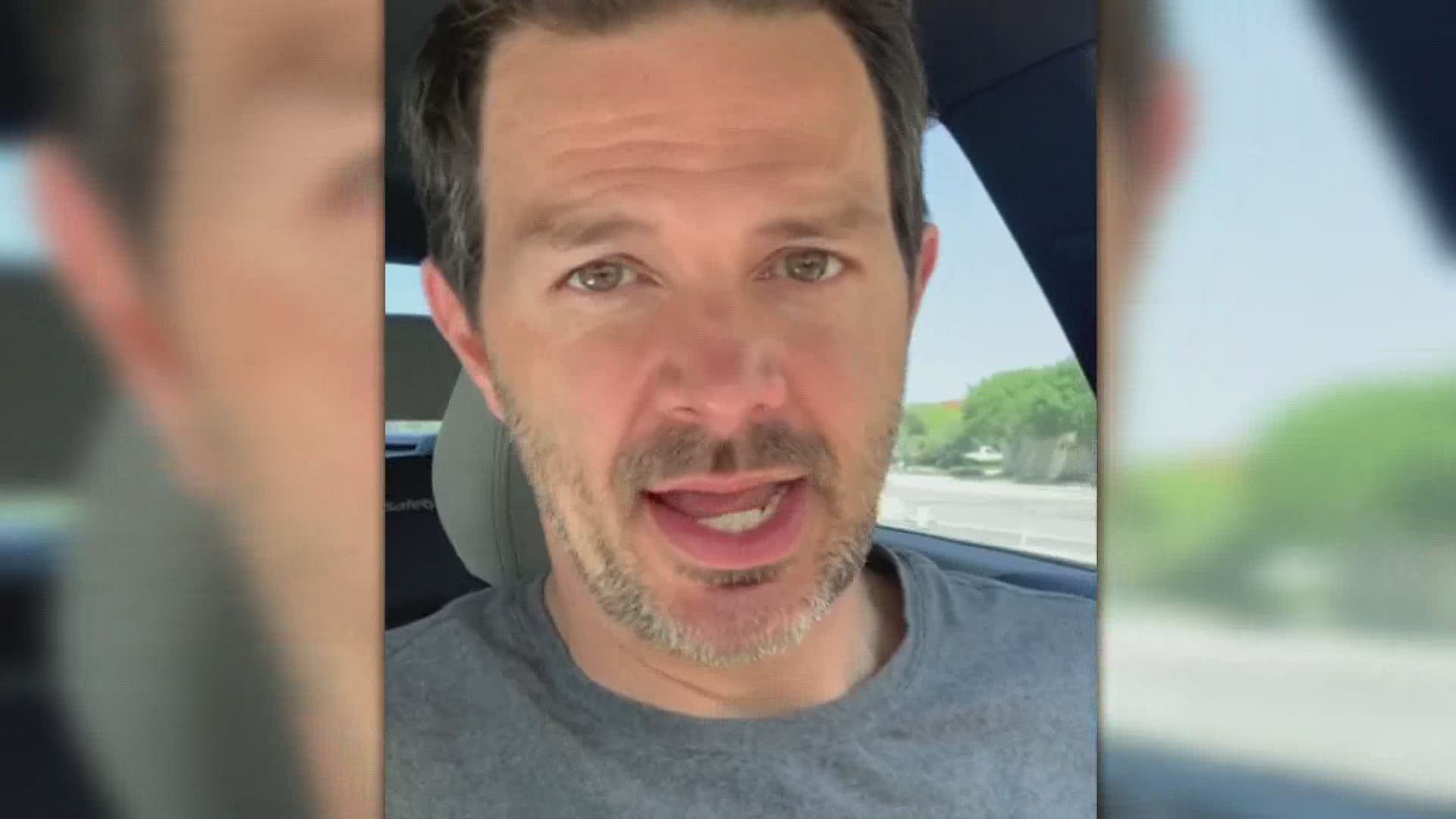