Phase 2 of reopening in Texas also includes that restaurants can expand to 50% occupancy and bars can reopen limited to 25% capacity. 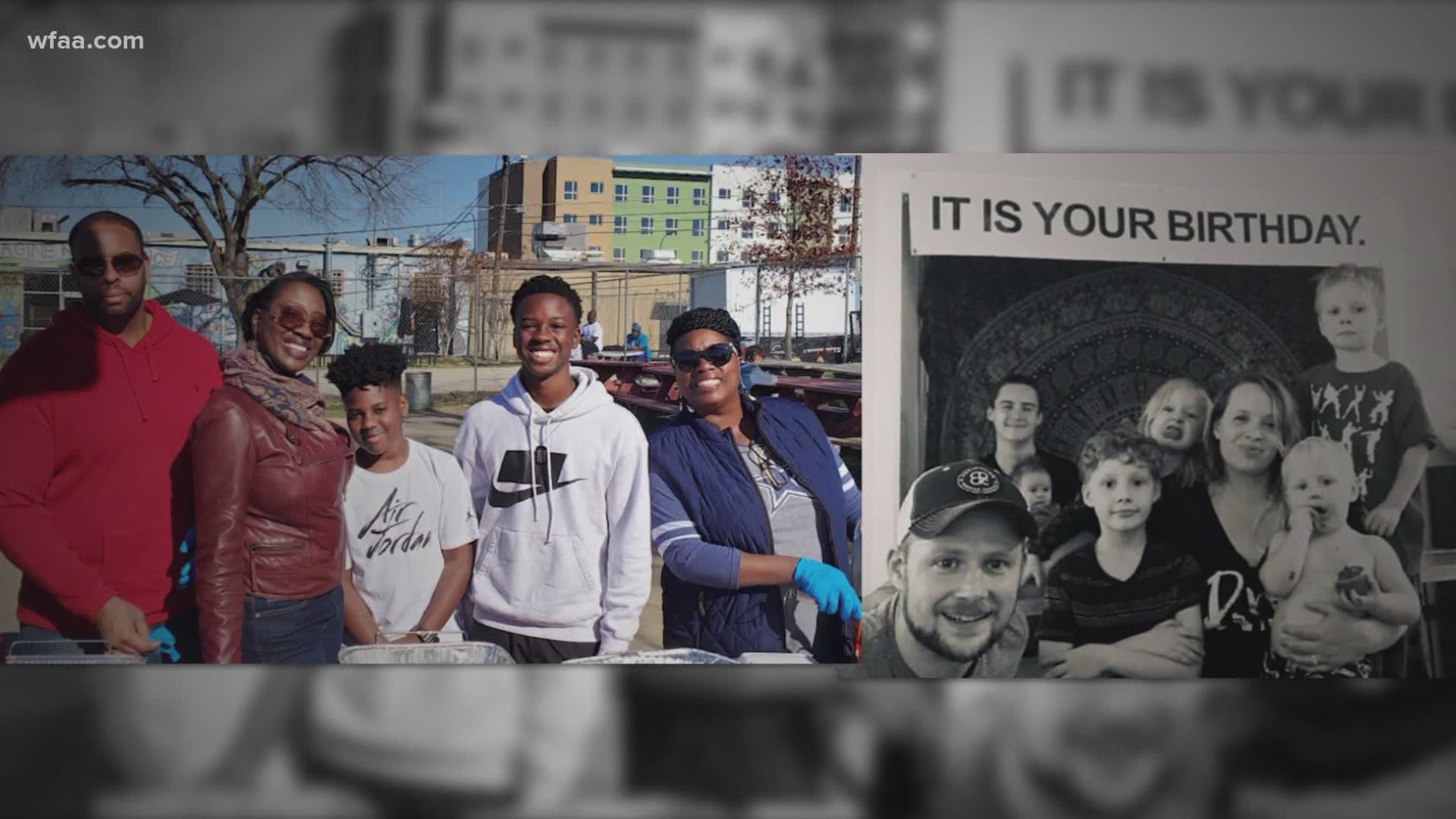 DALLAS — This is a breaking news story and will be continuously updated.

The governor announced the second phase of business reopening in his plan to boost the Texas economy after closures to stop the spread of the novel coronavirus.

RELATED: Phase 1 of reopening to begin in Texas, governor says

Abbott announced the first round of openings in April before the expiration of the statewide stay-at-home order. As part of his measures, restaurants, malls, retail stores and movie theaters were allowed to reopen at 25% occupancy.

Restaurants can expand to 50% occupancy on Friday.

Bars, wine tasting rooms and craft breweries can reopen at 25% capacity on Friday.

The governor also said that summer camps and summer school can open at the end of the month.

Reopenings will be delayed a week in El Paso, Randall, Potter, Moore, Deaf Smith counties because those areas have become hotspots, the governor said.

Abbott said he wanted to see two weeks of coronavirus testing data before announcing the next measures, but he amended his executive order to allow some businesses, including salons, to reopen sooner.

He said his plans have been "unanimously supported by our team of medical experts."

"From day one our mission has been to use data and doctors to open texas in a responsible way that contains COVID-19," Abbott said.

Hair salons, barbershops, tanning salons and nail salons were allowed to open May 8.

Gyms, nonessential manufacturing and office spaces were allowed to reopen at 25% capacity Monday.

The governor's order requires that all businesses practice social distancing. For gyms, people must wear gloves to work out, and all equipment must be cleaned after each use. 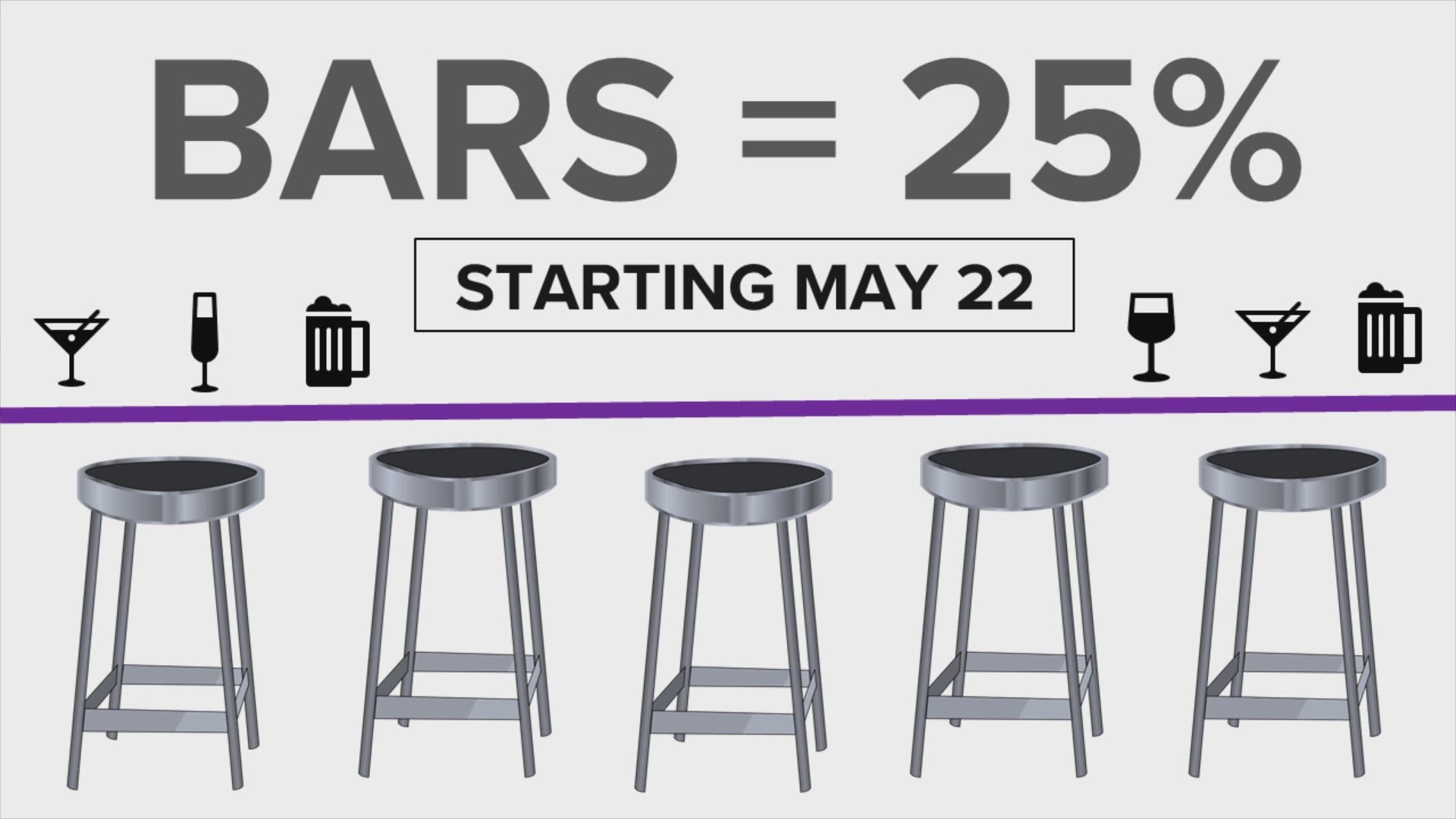 The news of the added and expanded openings was welcomed by Mesquite mother Lindsay Robertson, who's ready to be out with her family more.

"I’m all about people being healthy and keeping your immune system up, I’m a believer in that," she said. "It really doesn’t scare me."

For many parents, returning to work could only happen if childcare was available, making this announcement a sigh of relief and a way forward.

Still others, like Erica Molett of Cedar Hill, just aren't ready. She's keeping her boys, ages 12 and 14, close to home no matter what reopens.

"I lost a grandmother to this virus, and I thought maybe the only high-risk category really is seniors, but now that we’re starting to see it’s children as well, I’m just not ready," said Molett. "I’m not ready to take that risk."

Abbott said the state can average about 25,000 tests a day at about 600 testing facilities across Texas.

Though there has been an increase in the number of people who have tested positive for COVID-19, Abbott said, the positivity rate has been declining. That means that the percentage of people testing positive has gone down.

Abbott reiterated Monday that he expects the number of people diagnosed with the disease to increase because more tests are being completed.

He encourages Texans to continue practicing safe distancing, sanitize their hands and wear masks or facial coverings when possible.

And for the elderly, Abbott said, "the safest strategy for seniors is to continue to stay at home if at all possible."

Nursing homes are among the hotspots for the disease, including jails and meatpacking plants.

Abbott said all residents and staff at nursing homes are being tested, and surge teams are sent to separate the sick from the healthy at the other hotspots.

Credit: WFAA
The positivity rate is the percentage of people who test positive for COVID-19.

Bars can reopen at 25% capacity and must follow social distance practices, Abbott said.

The requirements for businesses to reopen can be found at gov.texas.gov.

RELATED: Checklist: How Texas bars will operate when they can reopen May 22

Restaurants were allowed to reopen May 1 for dine-in service at 25% capacity. The state guidelines require spacing between tables and limited the number of guests allowed to sit at each table.

Now, restaurants can expand that occupancy on Friday to 50%. Like bars, outdoor spaces can be open at a greater capacity if tables are spaced apart.

Summer camps will be allowed to resume this summer. Kids sports teams and little league can also resume.

The statewide order encourages social distancing inside the facilities and says patrons should wait in their cars before appointments.

Magazines and books should be removed from the lobby area, and businesses are encouraged to offer "contactless payment" options.