Doctors are concerned Americans won't get tested not knowing the difference. Commons symptoms of the variant are a headache, runny nose and sore throat. 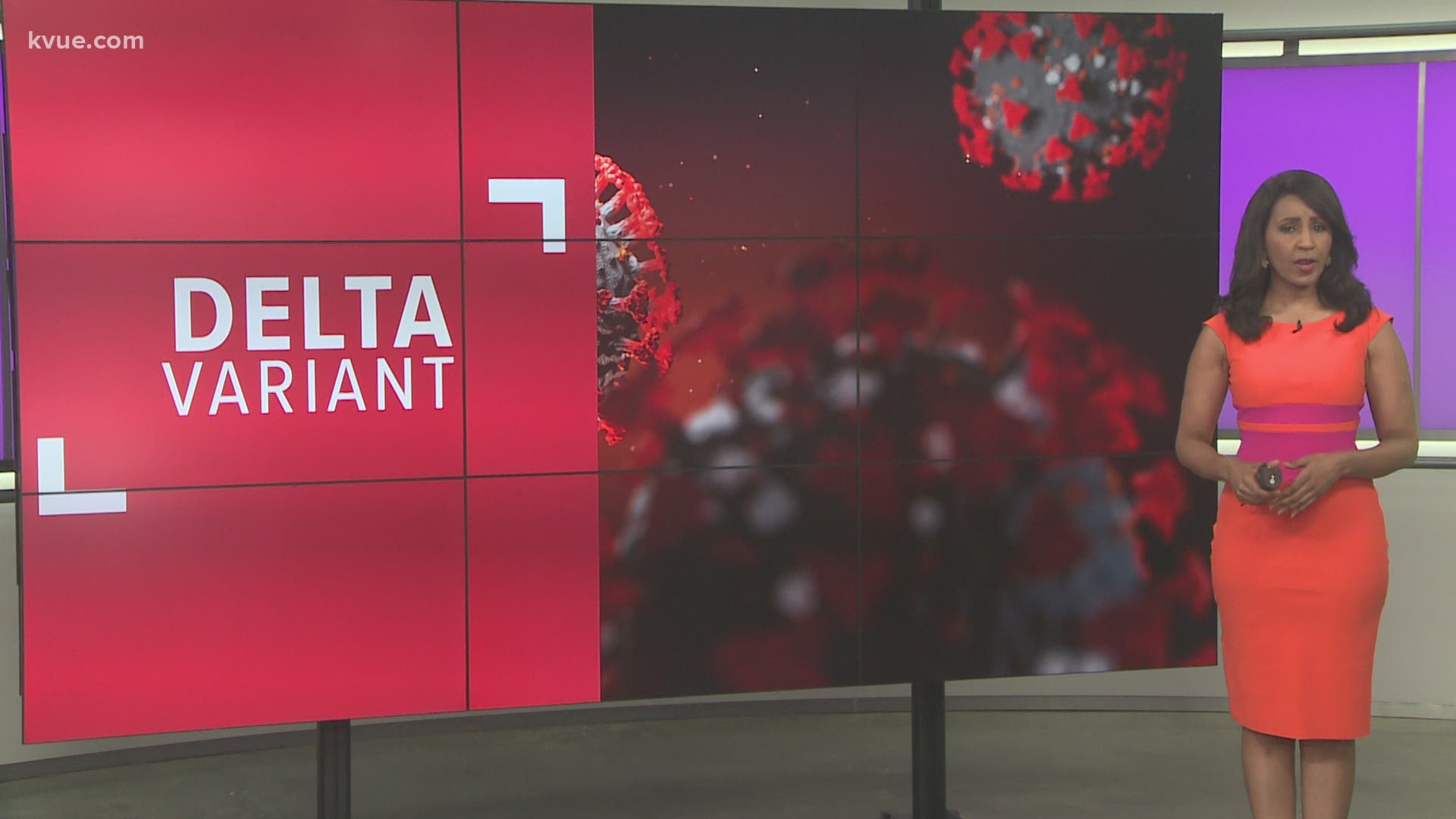 AUSTIN, Texas — People who are contracting the Delta variant of COVID-19 are showing symptoms similar to the common cold. Doctors are concerned Americans won't get tested for the virus and spread it not knowing the difference.

Internal Medicine Physician at Baylor Scott & White Dr. Mary Ann Rodriguez said researches in the United Kingdom are finding that commons symptoms of the Delta variant are a headache, runny nose and sore throat instead of loss of taste and smell.

“Young adults, who are also the least likely to be vaccinated, may think they just have the usual common cold,” Rodriguez said. “They may just think, 'Oh, OK, I just have the common cold. I may still go out and party.'"

Rodriguez said doctors are worried about the variant spreading since it has shown "more atypical systems" on top of the fact that it is more infectious.

The Delta variant was first detected in India, and World Health Organization leaders said it's the “most transmissible” of the COVID-19 variants seen so far.

WCCHD Lead Epidemiologist Allison Stewart said the mRNA vaccines, like Pfizer and Moderna, have proven highly effective against the variant.

But, Rodriguez said even though the vaccines are effective, the population has to continue to get vaccinated to reach "the finish line."

“We can stop this pandemic with the vaccine that we have developed, because they're effective against these variants," Rodriguez said. "But, if we don't use the vaccines these variants can ... we can start from square one again.”

Only 31 vaccinated Texans have died from COVID-19, DSHS data says