Survivor reflects on polio, the scourge that last shut down the MN State Fair

Gordon Olson was 5 when he contracted polio. He would spend the next five-and-a-half-months in the hospital. 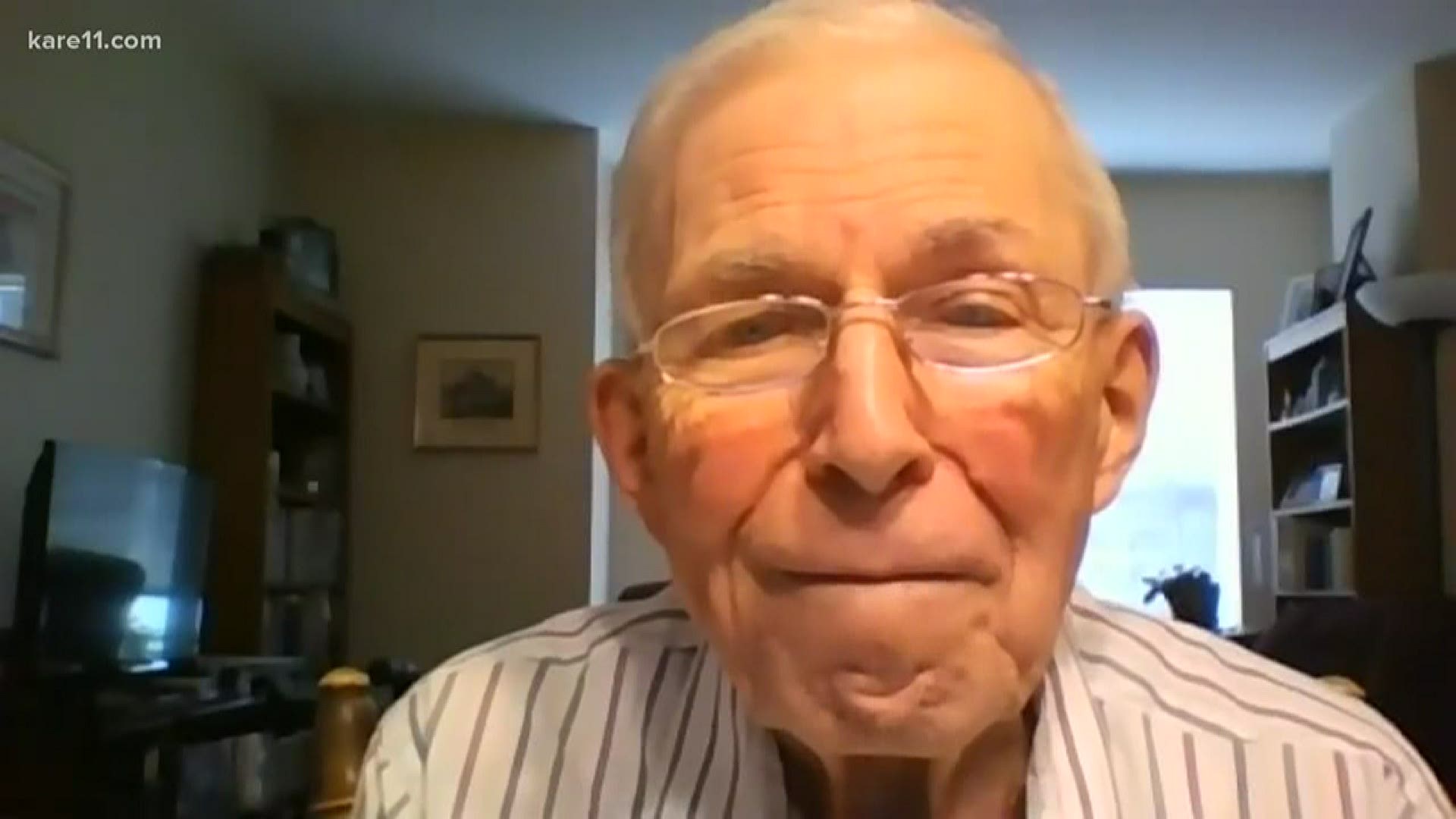 ROSEVILLE, Minn. — 2020, we’ve all learned, will mark the first cancellation of the Minnesota’s State Fair since 1946.

Gordon Olson lived through the reason for the last.

“I remember 14 days of complete isolation immediately after I got polio,” Olson, now 87, says.

Decades before COVID-19, polio was the scourge that put children and young adults in iron lungs and shut down pools, beaches and movie theaters.

Olson’s case came earlier than some, in 1937. He was 5½ years old and had been home sick for a couple of days, when things got suddenly worse.

“When I got out of bed and took a step, I fell,” Olson recalls. “I crawled back over to the bed because I thought it was strange and I tried again, and I fell. Then I yelled for my mother because I couldn’t walk.”

For two weeks he lay in bed, isolated in his Fergus Falls home with his mother. Olson’s dad and brother went to stay with his grandparents.

“I remember the sign in the front window of the house: ‘Quarantine,’” Olson says.

He’d spend the next 5½ months separated from his family at, what was then called, Gillette State Hospital for Crippled Children in St. Paul.

“They strapped me down quite a bit because they worried about scoliosis of the spine,” Olson says. “I don’t have fond memories of that.”

Outside the hospitals, store owners sanitized change and fundraisers were organized, while children kept indoors by their parents were entertained by special radio programming broadcast by the University of Minnesota.

“I had to learn to walk all over again,” Olson says.

He emerged from the hospital with a full-length leg brace Olson needs, to this day, to walk.

Yet polio wasn’t done with him. At age nine, he was back in the hospital for several more months for polio-related surgery.

Now in his 80s, Olson is isolating again, this time with his wife Gladys, as a precaution against COVID-19.

“Probably quarantine isn’t as hard on me as it is many other people,” Olson reflects, noting the long hospitals stays contributed to his passion for reading.

The polio scare ended with a vaccine. Today, Olson is praying for another.