Plano toddler diagnosed with Kawasaki, similar to rare condition showing up in kids during coronavirus pandemic

A 3-year-old boy was diagnosed with Kawasaki after three trips to Children's Medical Center of Plano. 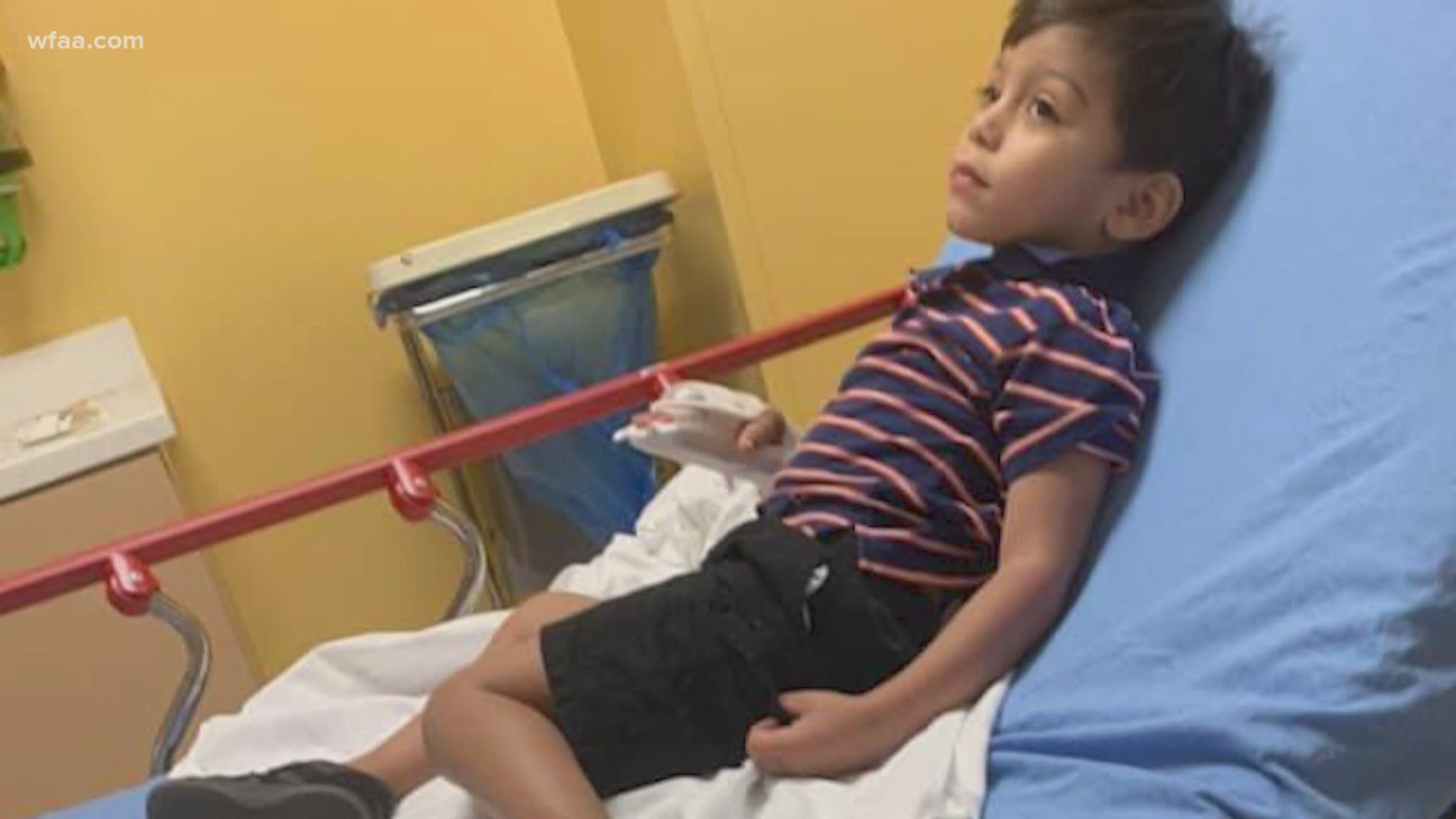 Doctors determined a Plano boy had a rare and difficult-to-diagnose condition after three trips to the Children’s Medical Center of Plano emergency room, hospital officials said.

Britney Boler thought her 3-year-old son simply had a cold until his fever spiked to 101 degrees.

The Plano mother took her son to the emergency room. They were sent home.

But the next day, Titus had a 103-degree fever.

"The second day he was just crying about his tummy. His tummy was hurting and hurting,” Boler said.

Doctors ran multiple tests. They were sent home when doctors diagnosed the boy with a urinary tract infection.

But he got sicker. And his temperature rose to 104 degrees.

"I just knew my son was ill and I knew something was wrong,” Boler said.

She went back to the emergency room.

“His lips were super red and swollen. His eyes bloodshot red and he was breathing really fast,” she said.

On the third trip, Titus was diagnosed with Kawasaki Disease.

A rare inflammatory disease similar to Kawasaki is showing up in children who may have been exposed to COVID-19.

It’s hard to diagnose. There's no specific test and doctors have to rule out other diseases that can have the same symptoms.

In fact, the Centers for Disease Control and Prevention is now planning to release information to doctors nationwide to be on the lookout for it.

"We have to emphasize this is still rare and uncommon," said the ABC News chief medical correspondent. "Doctors are following it closely because it's evolving."