The district is planning on offering a remote learning model that would be available to students under the age of 12 who cannot be vaccinated at this time. 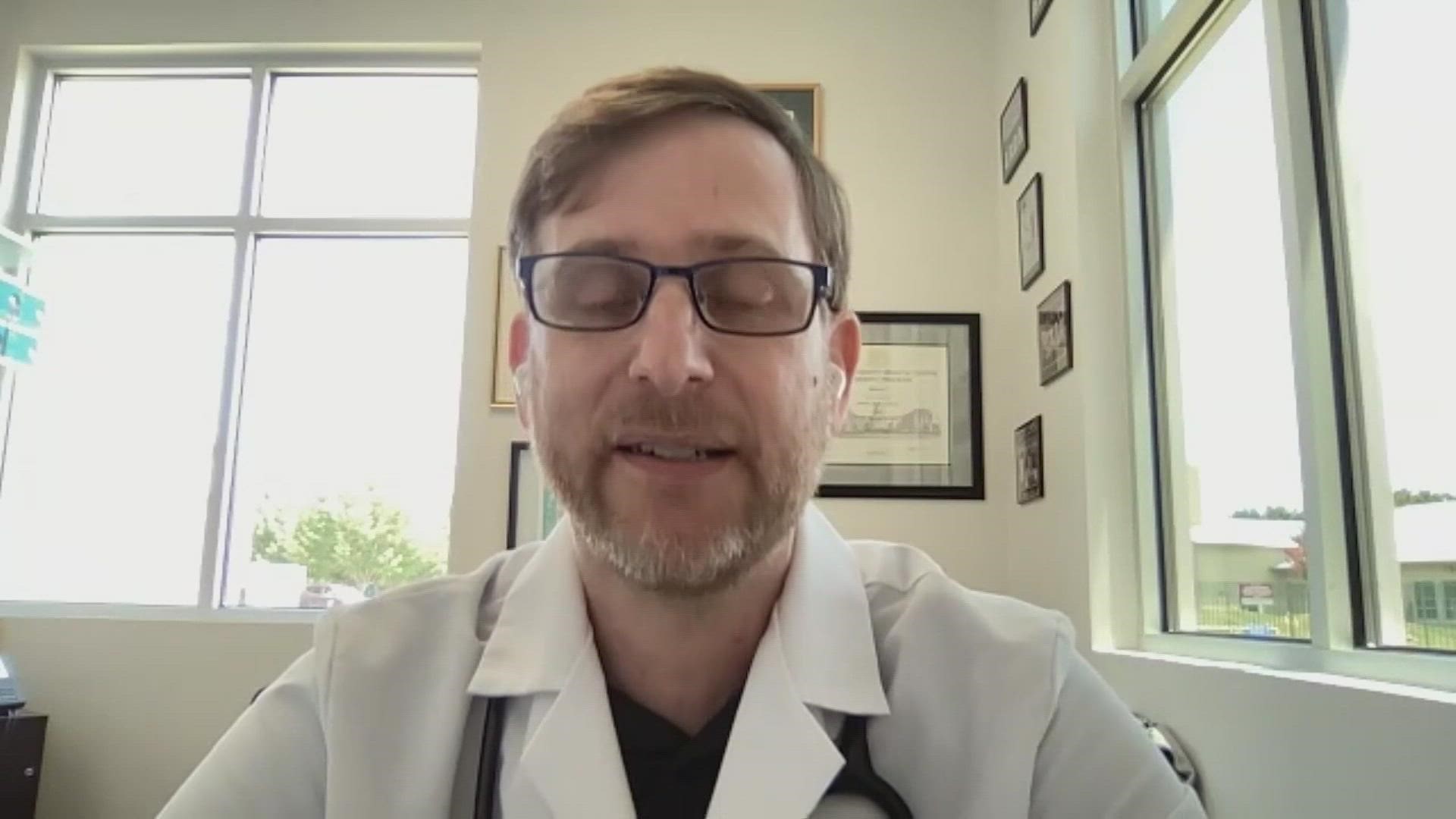 TARRANT COUNTY, Texas — The Northwest Independent School District says it is working to offer a temporary virtual learning option for some students, as the delta variant of COVID-19 rips through North Texas and strains hospital systems, just as students are set to head back to school.

On Friday, the district's superintendent Ryder Warren wrote that the delta variant of COVID has presented a new "challenge" as the new school year begins and forced the district to "reevaluate decisions on a nearly daily basis to best protect our children and our staff."

The district is planning to offer a temporary virtual learning model that would be available to students under the age of 12 who cannot be vaccinated at this time: pre-K - 6th grade. The optional model would be offered during the first nine weeks of the grading period, Warren said.

Though Warren said he still believes it's important to have students back for in-person learning after a many months of academic "slide" during the pandemic, he said the district has always had remote learning in the back of its mind.

However, Warren said tipping point in introducing the remote option was new reports that there were no more staffed pediatric ICU beds in all North Texas, thanks to the spread of COVID and increasing cases of RSV, another respiratory virus that impacts children.

"I know we have just five days until school starts, and we are working as quickly as we can," Warren wrote. "I just need us all to be aware of what is being considered to deal with this challenge."

Warren said all families of students 4 to 11 years old will be getting more information as plans are finalized. Pre-K through 6th grade families will also receive a Remote Learning Commitment Form by the end of Friday.

Will there be a mask requirement?

While much of the health and safety protocols will remain in place, Warren said the district will not be issuing a mask mandate.

"A governor’s executive order, whether we agree with it or not, stands as law until that governor, the state legislature, or the courts change or do away with the order," Warren said.

"I am well aware there are three or four counties and approximately five or six school districts that have announced mandates, but the governor’s office has already filed motions to cancel those decisions," he continued. "A districtwide mask mandate might very well be in our future. But if and when that time comes, we need to have the full force of Texas law behind that mandate to enforce it on 31 different campuses and in the rest of our buildings."

Warren said the district will wait over the next several days to see "how the politics is played out on this, then we will make the best decision (in accordance with the law) for our children, families, and staff."

Above all, Warren said he hoped the district and all stakeholders would "work together for our children and each other to make this a phenomenal year."

"Despite all the uncertainty right now, our school year will still be filled with joy, excitement, and learning," he said.

Northwest ISD is one of the largest school districts in the Dallas-Fort Wroth area, spanning Tarrant, Denton and Wise counties. It operates 20 elementary schools, six middle schools and others, serving more than 25,700 students.