An interfaith group encouraged members to help North Texans in need this month. They raised almost $20,000 for local food banks. 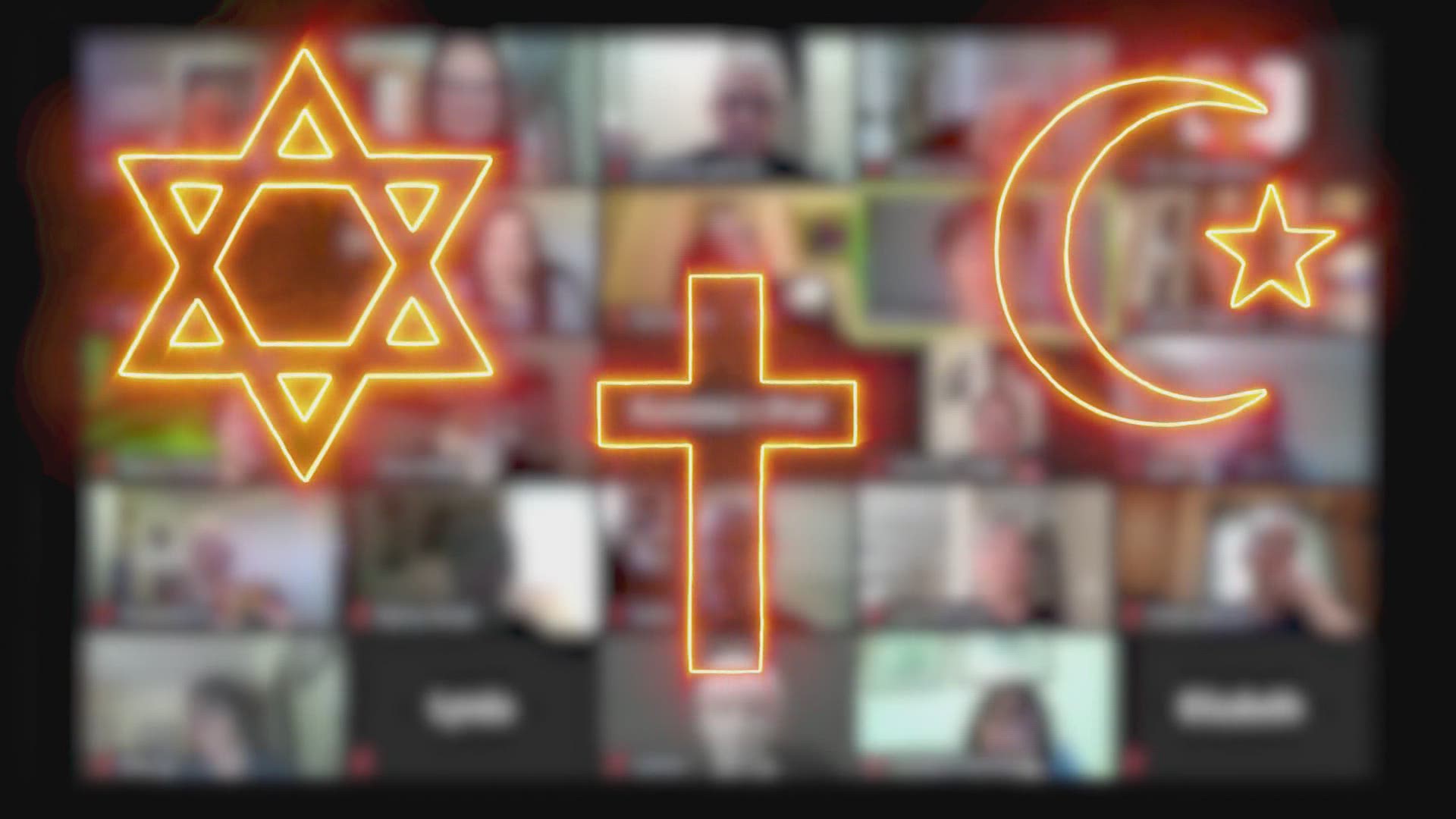 TARRANT COUNTY, Texas — There were smiles and waves and heartfelt “Good mornings!” every time a new member joined.

This group normally gathers in a church, a mosque or a synagogue, but on this day a computer screen was a stand-in for the sanctuary, and a short tutorial on navigating a video chat replaced the big hugs that kick off every monthly meeting.

The Daughters of Abraham launched shortly after September 11, 2001, when founder Janice Harris Lord wanted to bridge gaps between faiths.

Lord is a Christian and she invited a small group of Muslim and Jewish women to join her in her first meeting in Fort Worth. Almost 19 years later, the Daughters of Abraham has grown to multiple chapters across North Texas and beyond.

RELATED: Stronger together: 17 years on, this Fort Worth interfaith group is still meeting to celebrate their similarities

“We are indeed living in a time of darkness,” Lord said, choking back tears, “but you guys have really brought the light!”

April was a hard but holy month for many faiths. Christians celebrated Easter. Jews celebrated Passover. Muslims are currently observing Ramadan. Each of those religious holidays would normally bring families and friends together.

Yet the coronavirus is forcing everyone apart.

One common foundation of their various faiths is serving those in need.

And that inspired a month-long project they called, “One Table.”

Daughters of Abraham members were encouraged to donate to local food banks after every trip to the grocery store.

Lord announced during Wednesday’s virtual meeting that they raised almost $20,000 – enough to cover about 10,000 meals.

“We’re looking for something to do that’s within our control – something that helps us make things better,” said Adena Cytron-Walker, a Jewish member of Daughters of Abraham from North Richland Hills. “To come together as a community of Christians, Muslims and Jews with the One Table project for me felt beautiful.”

With a stay-at-home order, April was at times a test of faith – but it also renewed their faiths.

“Ramadan is often a balance of how to work, how to fast, how to sleep,” said Noor Saadeh, a Muslim member of Daughters of Abraham from Garland. “There’s a lot more time for personal worship.”

Janice said she hopes the spirit of generosity remains.

“When one of our members sent in her donation, she wrote this along with it: ‘If you have more than enough, don’t build a wall around it. Build a larger table.’” Janice recalled.  “I so hope that kind of thinking can now become more prominent as we’ve gained wisdom through this suffering, silence, and solitude.”