The DFW Hospital Council says there are 46 available ICU beds for more than 8 million people, and staffing is short. 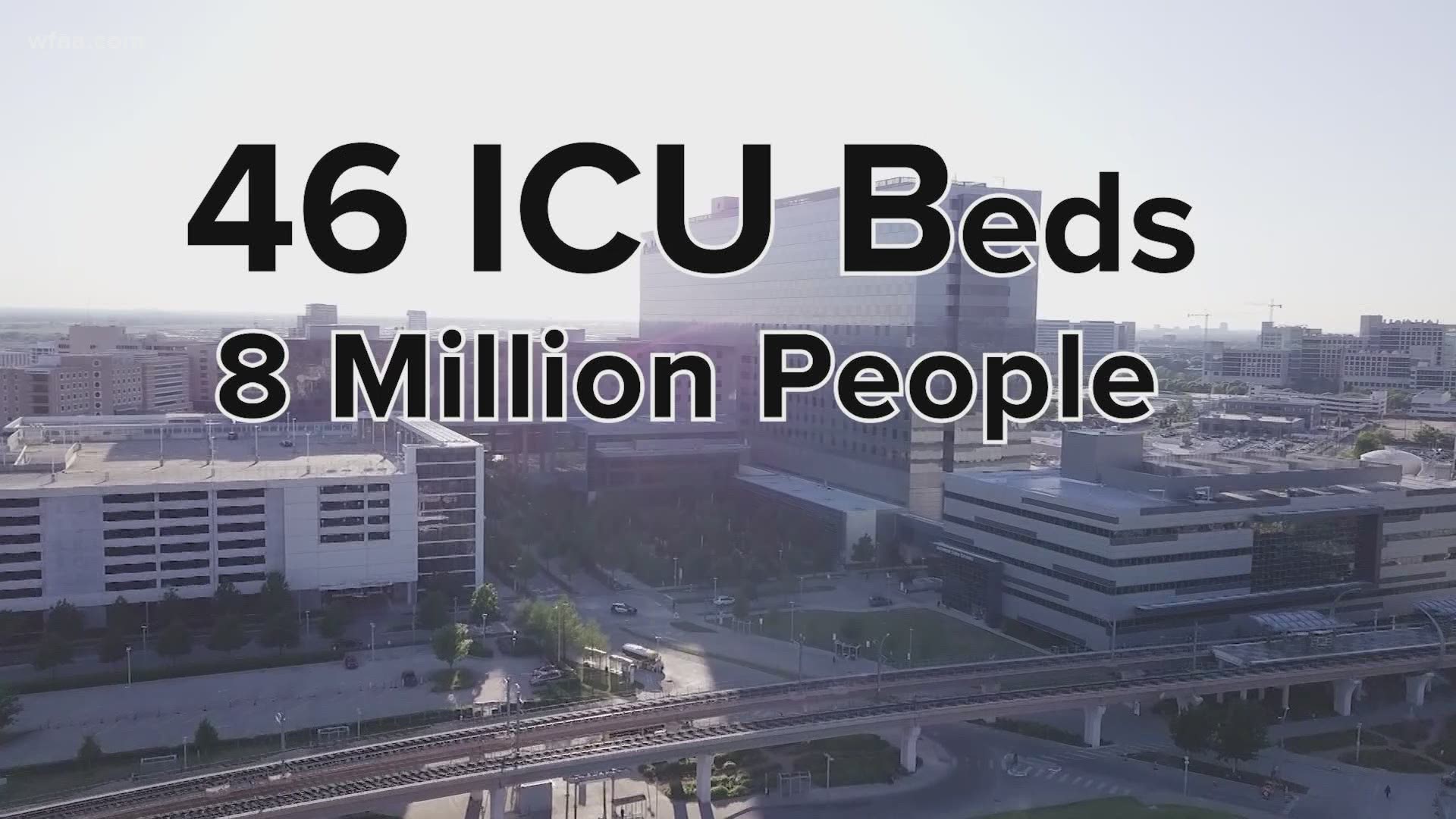 FORT WORTH, Texas — Steve Love is running out of ways to say it.

“It’s not just serious. It’s becoming critical,” Love said, describing hospitals across North Texas. “We’re having a lot of people, unfortunately, pass away in the hospitals.”

“What we’re really worried about: We haven’t even seen the increased impact that we know is coming from the religious holidays and New Year’s,” Love said.

Dr. Spencer Fox is at the University of Texas at Austin Modeling Consortium looking at COVID-19 trends and future projections. They saw a 30-50% increase in spread after Thanksgiving.

“If we model that forward, things are looking kind of dire in the state,” Fox said. “We’re starting to see pretty stark increases in healthcare needs.”

UT Austin’s latest model expects the Dallas-Fort Worth region to need another 100 ICU beds for COVID-19 patients in the next 10 days. That’s more than the region currently has available.

“What we’re seeing from Thanksgiving and New Year’s is really unprecedented in the state,” Fox said.

North Texas had a surge of cases and hospitalizations in July, but Love says that’s a speed bump compared to where the numbers are now, which are double the July peak.

He says hospitals are looking at surging into recovery rooms, but it’s not space that’s the biggest issue; it’s staffing.

“if you truly want to give the gift of life, wear a mask and stay out of large crowds,” Love said.