Marty’s Live and Harris' House of Heroes in Dallas and The New PR's in Fort Worth were issued an emergency order for a 30-day suspension. 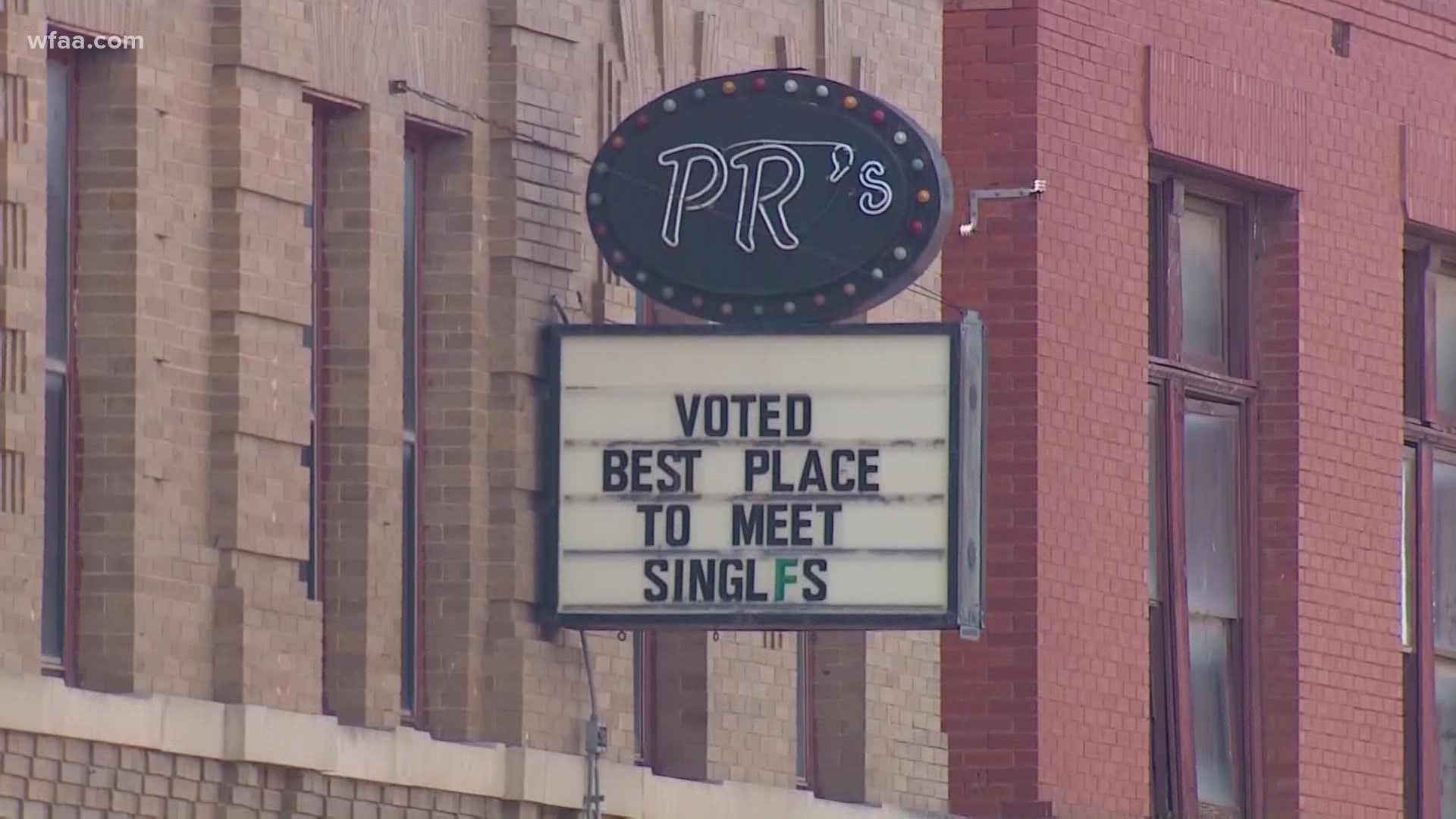 The Texas Alcoholic Beverage Commission (TABC) says it has found evidence to suspend the permits of 12 bars, including three in North Texas following the third night of Operation Safe Open.

After undercover investigations, two bars in Dallas and one in Fort Worth were issued an emergency order for a 30-day suspension. Marty’s Live and Harris' House of Heroes in Dallas and The New PR's in Fort Worth allegedly violated reopening requirement, according to TABC officials.

Operation Safe Open is an effort by TABC to inspect businesses across Texas to make sure they’re following COVID-19 requirements, which include keeping  indoor customer capacity at 50% for bars and 75% for restaurants and social distancing of six feet between customers.

"We warned businesses TABC will have no tolerance for breaking the rules, and now, some bars are paying the price. I hope other establishments will learn from these suspensions,” said TABC Executive Director Bentley Nettles.

Harris' House of Heroes says it had no intention of violating the guidelines and has taken all the proper steps to ensure the rules were being followed.

“We are shocked and in disbelief that TABC would take such harsh corrective actions in suspending the sale of alcohol for 30-days. My client has not had the opportunity to file a grievance nor have they had an opportunity to be heard from TABC state officials,” The restaurant's Attorney Billy Clark said in a statement.

TABC says the first infraction is a 30-day license suspension, and the second will result in a 60-day suspension.

Clark is insisting that Gov. Abbott take a look at how the TABC is suspending liquor licenses. He also pointed to the case of Shelley Luther, the Dallas salon owner who continued to operate her business despite a cease and desist letter when she violated the stay-at-home order.

“This overzealous restriction is crippling to their business, their families, and the owner personally,” Clark said. “We demand that the Governor do just as he did for Shelley Luther...re-look his order, the unique circumstances that exist, here, and immediately rescind the 30-day suspension that my clients are facing.”

PR's Saloon in Fort Worth is also denying it violated social distancing rules, and is calling the order to suspend its liquor license unconstitutional, according to the bars attorney.

"Without opportunity to be heard, today PR’s Saloon permit was suspended predicated upon an alleged violation of the occupancy restrictions of Governor Abbott’s Executive Order No. GA-26.  But, this executive order is itself unconstitutional for violating the separation-of-powers doctrine.  Under the Texas Constitution, the Legislature – not Governor Abbott – has the exclusive authority to enact or suspend laws, even Governor Abbott calls the “law” an executive order.  Regardless, my client denies the allegation but is pleased to announce that last night’s event raised $7,000.00 for FWPD Officer Brazeal who recently sustained catastrophic injuries while in the line of duty."

Here’s a complete 3-day list of the suspensions across Texas: 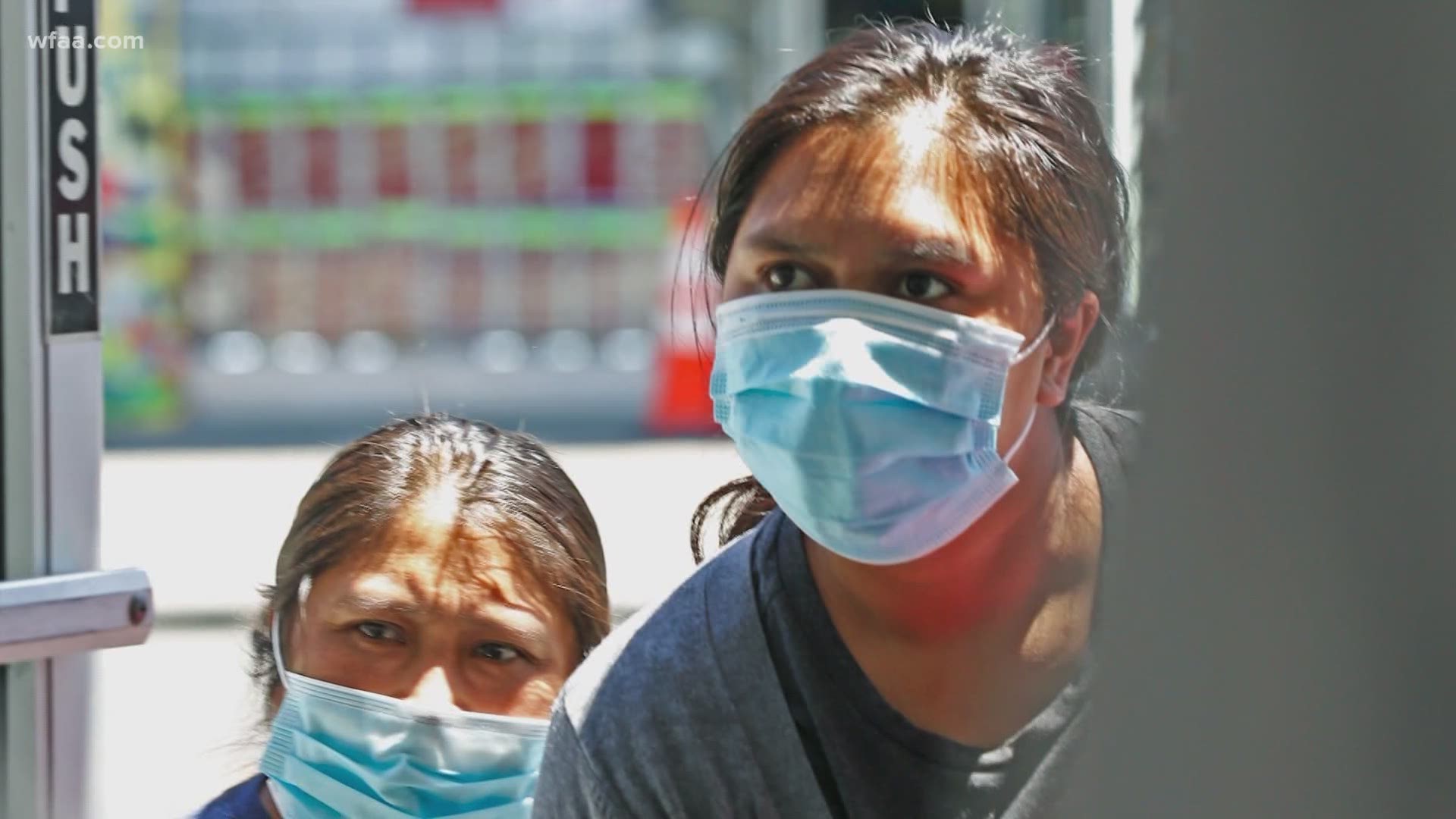