Researchers and experts say they're cheaper, quicker and easier to use than swab tests. 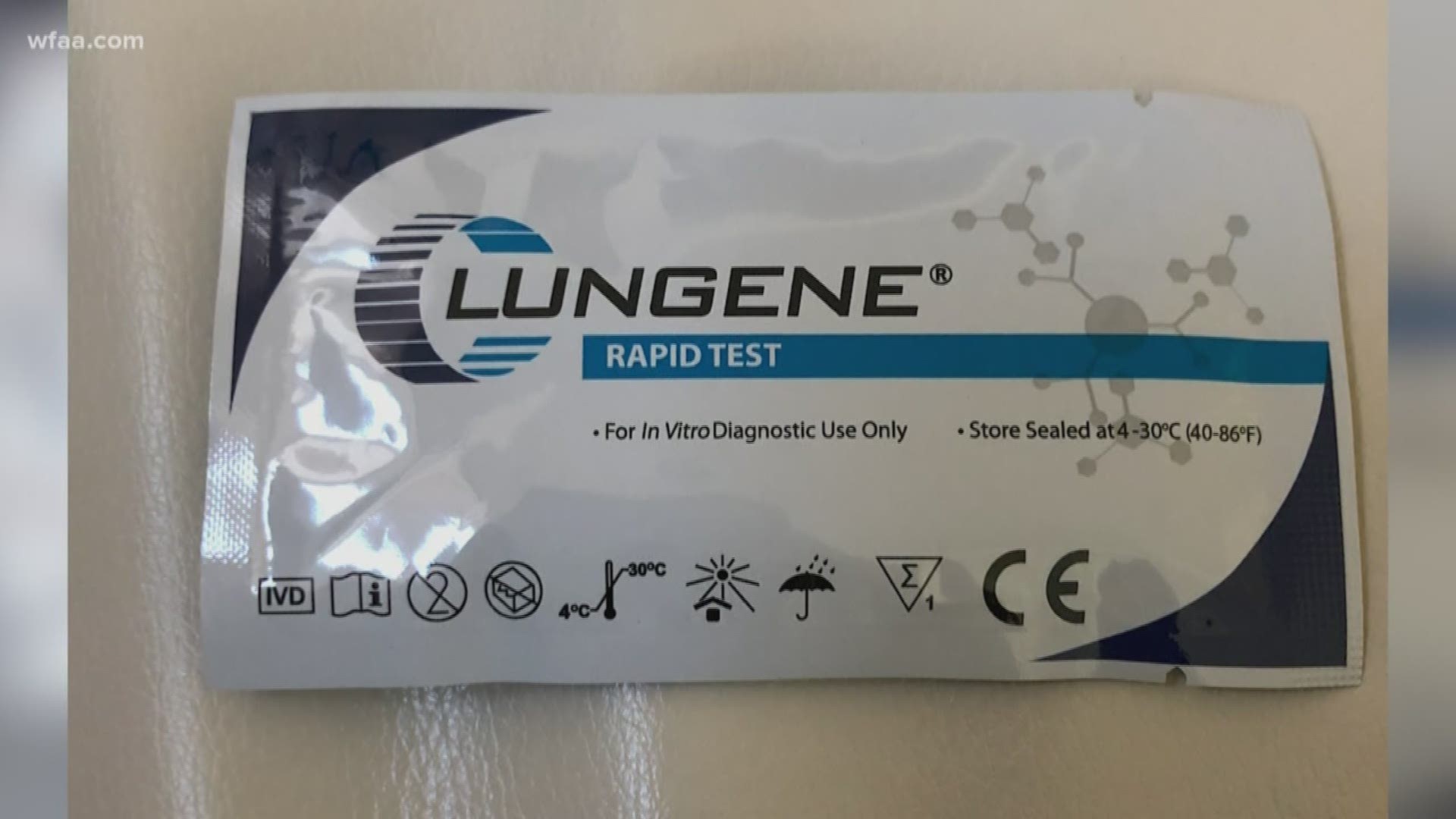 FORT WORTH, Texas — At Metroplex Medical Centres, CEO Sneha Patel has ordered thousands of tests that may be key for ending national lockdowns.

“Other countries who are two or three weeks ahead of us, they’re even saying we should be testing more people who are without symptoms so that we can get a better handle on this and get people back to work,” Patel said.

She’s using serological tests, also known as antibody tests, to take a small amount of blood that’s tested to see if a person has antibodies to fight COVID-19, meaning they’ve had the disease already.

That’s different from nasal swab tests, also known as polymerase chain reaction or PCR tests, that are used to collect samples to see if someone currently has the virus.

“They’re relatively easy to do. It’s one of the first things I teach my graduate students in my lab,” Simecka said. “You could run thousands of samples very quickly.”

Patel has filled sign-ups for drive-thru tests in Plano, Dallas and Fort Worth this weekend. Each site is able to handle 400 tests a day. A drop of blood from a finger prick is tested in 15 minutes and a line appears on the test marking if positive, much like a pregnancy test.

“Time is not on our side right now,” Patel said.

According to new guidance Saturday from federal officials, anyone with private health insurance or Medicare and Medicaid can have diagnostic testing and antibody testing covered at no cost. Patel says that guidance only applies to those with symptoms. A spokesperson for the Centers for Medicare & Medicaid Services did not know if both those with and without symptoms would be covered.

Patel said she plans to offer the test for $20.

The FDA has only approved one version, but dozens of manufacturers have informed the FDA of validated tests that are allowed through emergency use rules.

Up to 50% of people never have symptoms, so the tests could reveal who’s best prepared to go back to work or to schools and be able to help in hospitals. It would also allow more people to know if they’re able to donate possibly life-saving plasma.

“We’re trying to test more people who don’t have symptoms so we can figure out how we can stop the spread of it,” Patel said.

County health officials weighed in on the tests Monday.

"Additional testing (both serological tests and the PCR tests) is going to be a critical and essential piece for us to move forward in addressing this epidemic," Dallas County Health Director Dr. Phillip Huang said. "Currently there is only one serologic (antibody test) and we definitely see this as an important part of the toolkit to address this. We anticipate the tests will also continue to get better. We are actively trying to increase our county capacity to have both of these types of tests available.”

"They likely will eventually become widely available for various physician offices and other medical locations. However, they are typically not very specific, so they have to be used with much clinical judgment on interpretation. They are cheaper, quicker and easy to use. However, the RT PCR tests are the most accurate for diagnostic testing," Taneja said.

Patel says she can order thousands of tests a week, and while they’re new, they’re quickly becoming available across both North Texas and the nation.