"As far as we're concerned we're still going to be doing what we've been doing for the past year, keep wearing the mask," said COVID survivor Ernest Galindo. 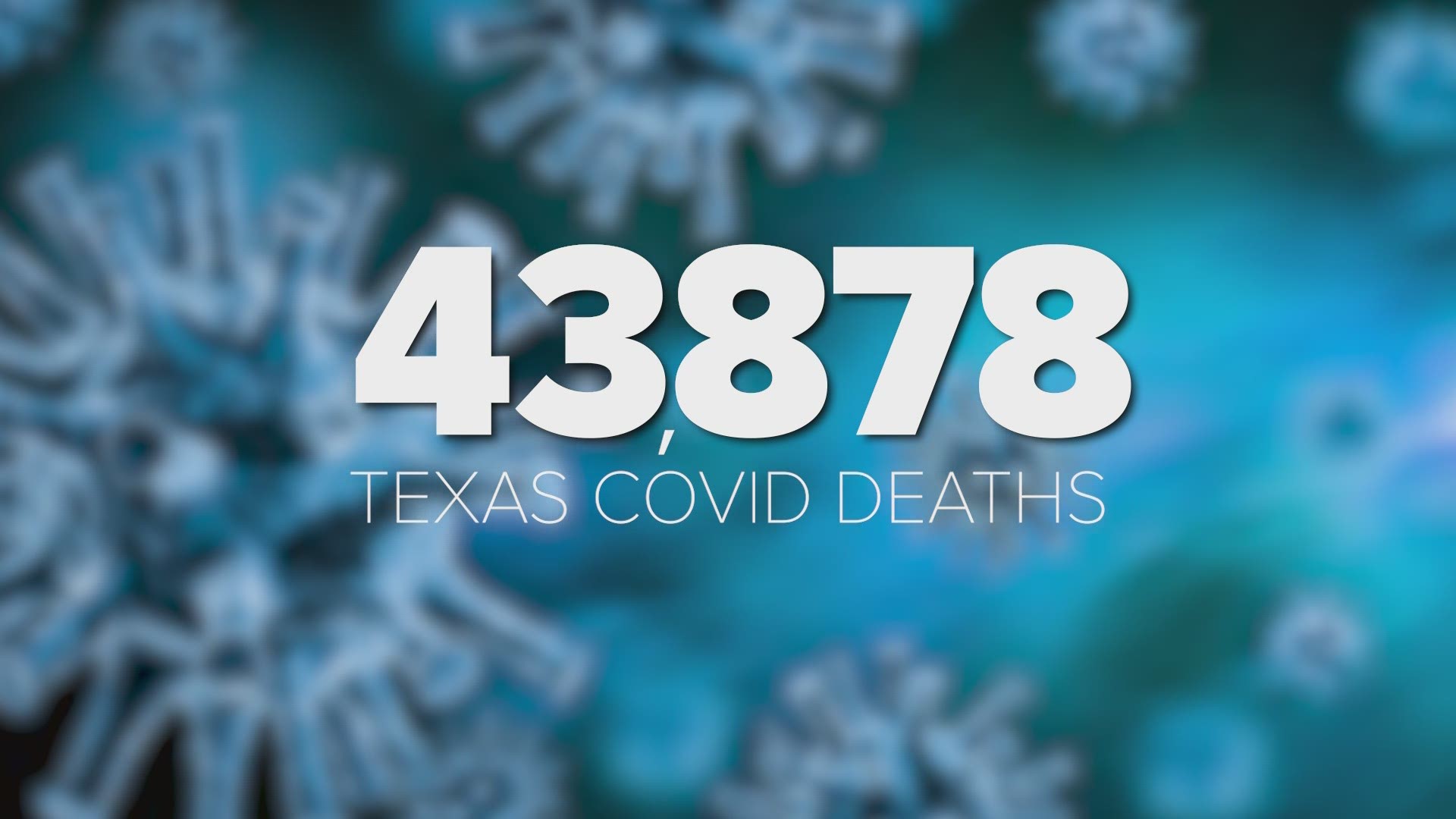 DALLAS — On March 4, 2020, the U.S. total of coronavirus-related deaths was just eleven. Then in Fort Bend County outside of Houston, a 70-year-old man, who'd recently traveled abroad, was the first to bring COVID-19 home to Texas.

And on March 4, Ernest and Belinda Galindo and two of their family members were next. They got sick after a trip to Spain, and then a river cruise in Egypt. Belinda Galindo started coughing on the plane ride home.

"They laid me on the bed. I closed my eyes. And I didn't know of myself until six weeks later," she said of her arrival at a Houston-area hospital.

At times intubated, at times not knowing where she was, she recovered and walked out of the hospital 58 days later.

"Oh my gosh, it was amazing," she said of the welcome home she received. "It really was, to be able to come home."

Her husband also suffered a milder version of the virus. But her brother-in-law Hilbert Nunez, 57, a retired Harris County Sheriff's Deputy, who was with her in Egypt, died of COVID-19 the day before Easter.

But on that March 4 in Dallas, leaders were trying to keep residents calm.

"Yeah, I'm not sure we really knew what we were gonna be up against," Love said in an interview with WFAA one year later. "I didn't know we would be at it this long. But I was fearful it would become an epidemic and a pandemic..."

In the year that followed, those first 11 deaths grew to more than half a million in the U.S. There have been 43,878 COVID-related deaths in the last year in Texas, including 315 more March 4, 2021, according to the Texas Department of State Health Services

There's plenty of political blame in circulation too.

"I didn't believe that the illnesses, that the number of people that was gonna [sic] get sick would reach the numbers that we have," Texas Democratic Party Chair Gilberto Hinojosa said. "It has been a disaster of untold proportions in this state."

At the one year mark, consider this: the great influenza pandemic of 1918 lasted nearly three years.

"My guess is we're going to be at this until the fall," Love said. "That's my best guess. And I think the sooner that we all continue to wear a mask, the better."

Advice you will also get from two of the first Texas COVID survivors:

"As far as we're concerned, we're still going to be doing what we've been doing for the past year, keep wearing the mask," said Ernest Galindo.

He and many others are hoping those masks are a distant memory -- another year from now.