Since the coronavirus caused the Texas shutdown, the Plano food pantry has gone from feeding 5,000 people a month to more than 20,000. 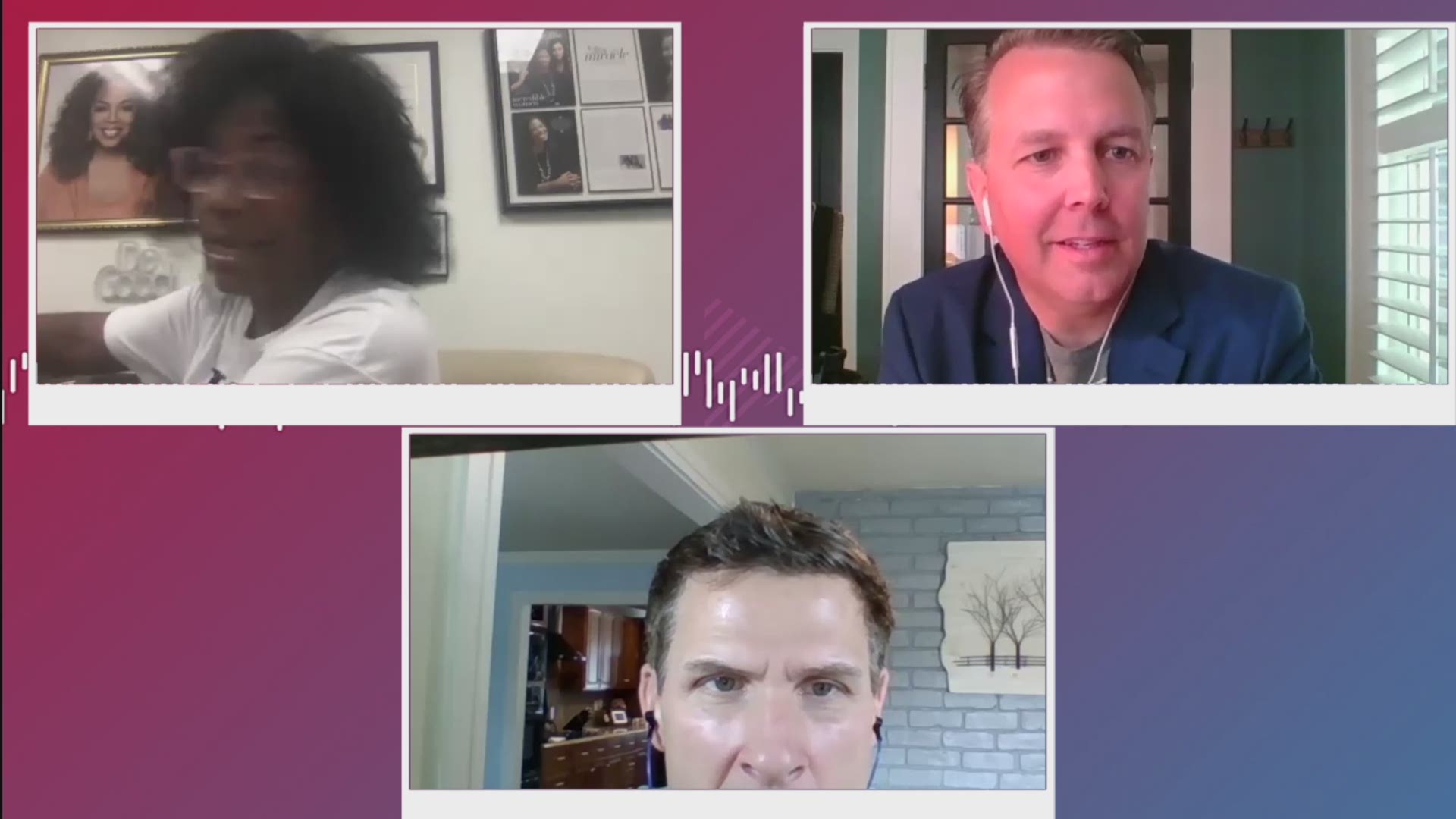 PLANO, Texas — Cheryl Jackson said 12 years after she started her food pantry one thing is clear to her: nobody understands hunger, politicians least of all.

That’s exactly what the founder of Minnie’s Food Pantry in Plano would tell politicians right now. She said if they came out and saw the problem first hand, it would be the only motivation they’d need to get a deal done to help.

“And they have the power to change things," she said. "And this is the time where you show the reason why we voted you in where you are.”

To listen to the full episode, subscribe to Y'all-itics where you get your podcasts:

In the midst of an out-of-control pandemic, the numbers are stark. Pre-COVID, Minnie’s Food Pantry in Plano fed 5,000 people a month. Jackson and her team are now feeding more than 20,000 a month. Now that the $600/week federal unemployment benefit is history, Jackson says even more people will start to fall off the cliff.

“I am so fearful for that. I am so fearful for the next 3 or 4 weeks. When I saw the 600 cars lined up at Minnie’s this past Saturday, I just stopped, and I thought about it," said Jackson. "And I said this is with people getting money, extra money… what’s going to happen when they’re not?”

And those 600 cars are for one food pantry in one city. Imagine the numbers if you combined them all statewide, or worse, across the country.

Cheryl posted this video last week showing a massive line of cars waiting for help.  And you can see all types of vehicles, from fancy to compact.  All walks of life are impacted right now

Since March 15, they’ve been working seven days a week at Minnie’s to try to meet the need. At that time, Jackson had 17 people on her staff. She’s now up to 52. That’s a 205% increase just to meet the hunger demand.

Everyone who visits receives a 60-pound box of non-perishables, an 18-pound box of fruits and vegetables and a 20-pound box of meat. Jackson says people cry all of the time because they don’t expect so much.

“This pandemic has not discriminated against anybody. No pay-grade. No ethnicity. It has hit everybody," said Jackson. "And people are blowing horns because they’re frantic, thinking someone’s trying to cut the line. They’re scared. They’re literally scared.”

Jackson started Minnie’s Food Pantry 12 years ago after her and her family struggled with food. More than 11 million meals later, the need is more apparent than ever and shows no signs of abating.

Minnie’s is expanding. There are now locations in New York City, Pennsylvania and Houston. Jackson is also about break ground on a new location in Dallas, fittingly located on Prosperity Street.

But if food pantries are busy and business is booming, it’s a bad sign for the community at large.

Now that many of us are wearing masks all of the time, it’s hard to see any smiles at all and people's eyes are telling a story that Jackson says we all need to hear.

“All we have are the eyes. But if the eyes are the mirror to the soul, which is what my mother used to always say, I see a lot of hurt and pain in eyes every day," she said. "And it’s going to get so much worse before it gets better.”

How you can help

Amazon will ship orders directly to Minnie’s. Here is their wish list.

You can also donate to Minnie’s Food Pantry on their website.

There's a change.org petition to rename 18th Street in Plano as Minnie’s Way.