One of the nation's largest family-owned pork producers, has received $1 million from the program to help farmers who euthanized hogs during the pandemic. 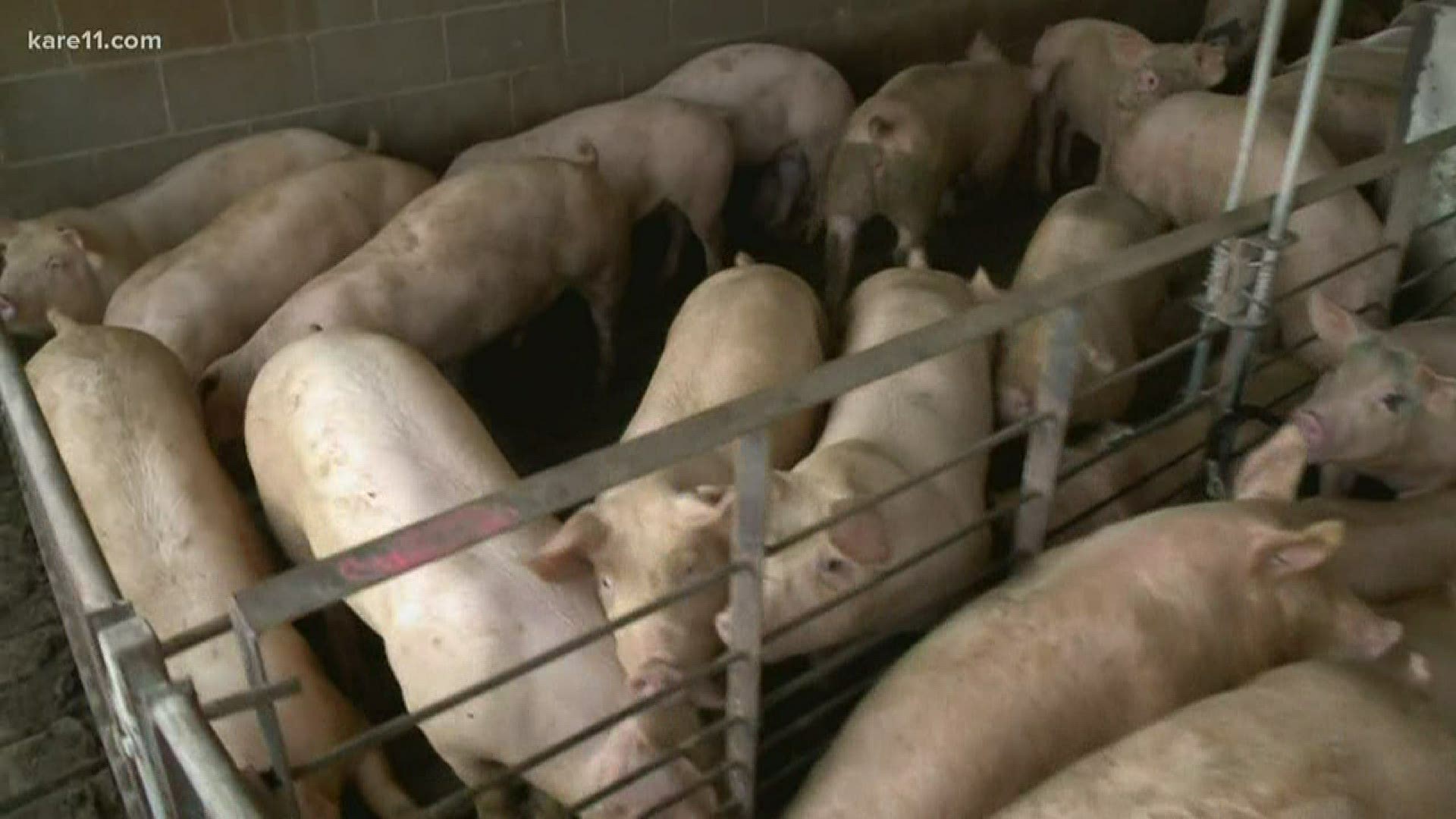 IOWA CITY, Iowa — Editor's note: The related video above was published in April.

One influential pork company has received most of the money from an Iowa program designed to support farmers who euthanized their hogs after the coronavirus devastated their industry, newly released data shows.

Christensen Farms, one of the nation's largest family-owned pork producers, has received $1.86 million from the Iowa Disposal Assistance Program, or 72% of the $2.6 million the program has paid to date.

The Sleepy Eye, Minnesota-based company received payments for disposing of 46,599 euthanized hogs, six times as many as the second highest claimant. The 15 other companies and farmers who received payments reported euthanizing about 18,000 hogs combined.

Iowa is the nation’s largest pork-producing state, and Christensen Farms has more than half of its operations in the state, including partnerships with nearly 200 farms.

Coronavirus outbreaks at meatpacking plants resulted in worker absenteeism and temporary closures, dramatically slowing production in April and into May. As a result, some farmers said they had no markets to sell their hogs and no space to keep them. Industry officials say they took steps to find new markets and to slow animals’ growth but euthanized them as a last resort — a practice that can use gunshots, bolt guns, electrocution or heat.

With disruptions to the supply chain, "pork producers have been faced with making unfathomable and heartbreaking, yet critically necessary decisions to sacrifice pigs that processing plants were unable to take,” the company said in a statement.

Christensen Farms spokeswoman JoDee Haala said it used a variety of methods approved by the American Veterinary Medical Association to euthanize hogs. She said its preferred methods for disposal have been to render carcasses into fats used in products such as animal feed or using them as compost.

Christensen Farms said it was grateful for the support from the Iowa program “as the sector navigates prolonged and unprecedented uncertainty.”

The Iowa Department of Agriculture and Land Stewardship released the claims data Wednesday in response to an open records request by The Associated Press.

Credit: AP
FILE - In this Dec. 20, 2017, file photo, is the Seaboard Triumph Foods pork processing plant in Sioux City, Iowa. Christensen Farms, one influential pork company has received the vast majority of payments from an Iowa program designed to support farmers who euthanized their hogs after the coronavirus devastated their industry. Newly released data shows that Christensen Farms has received $1.86 million from the Iowa Disposal Assistance Program. That's 72% of the $2.6 million the program has paid to date. (Tim Hynds/Sioux City Journal via AP, File)

Iowa launched the program in May to reimburse farmers $40 for each euthanized market-ready hog up to 225 pounds (102 kilograms). It is paid for with federal funds provided to the state for coronavirus relief.

Participation has been lower than anticipated, agriculture department spokeswoman Keely Coppess said. It's unclear why some filed claims and others did not, she said. Only a tiny fraction of Iowa’s estimated 6,200 pig farms have sought payments.

Christensen Farms reported euthanizing all 46,599 hogs between May 1 and June 5. It received the maximum allowed claim of 30,000 hogs in the first round of funding and 16,599 in the second.

Demand for the program dropped in the next two rounds of funding, which covered the bulk of June. Producers making claims must provide proof of proper disposal and an affidavit from a veterinarian.

The department expanded eligibility this month to producers who euthanized hens after the price of liquid eggs plummeted as a result of restaurant and school closures. For the first time, this round of funding also will pay $4 per piglet of up to 25 pounds (11 kilograms) euthanized between May 1 and July 20.

The number of hogs euthanized dwarfs the number donated during the first phase of Iowa's highly touted Pass the Pork program.

The state launched the program in April to pay the cost of having pigs processed and packaged for food banks. By early June, 451 pigs had been donated, resulting in 200,000 servings of pork.