The week of Dec. 14 will likely be Texas’ first week of vaccine distribution. 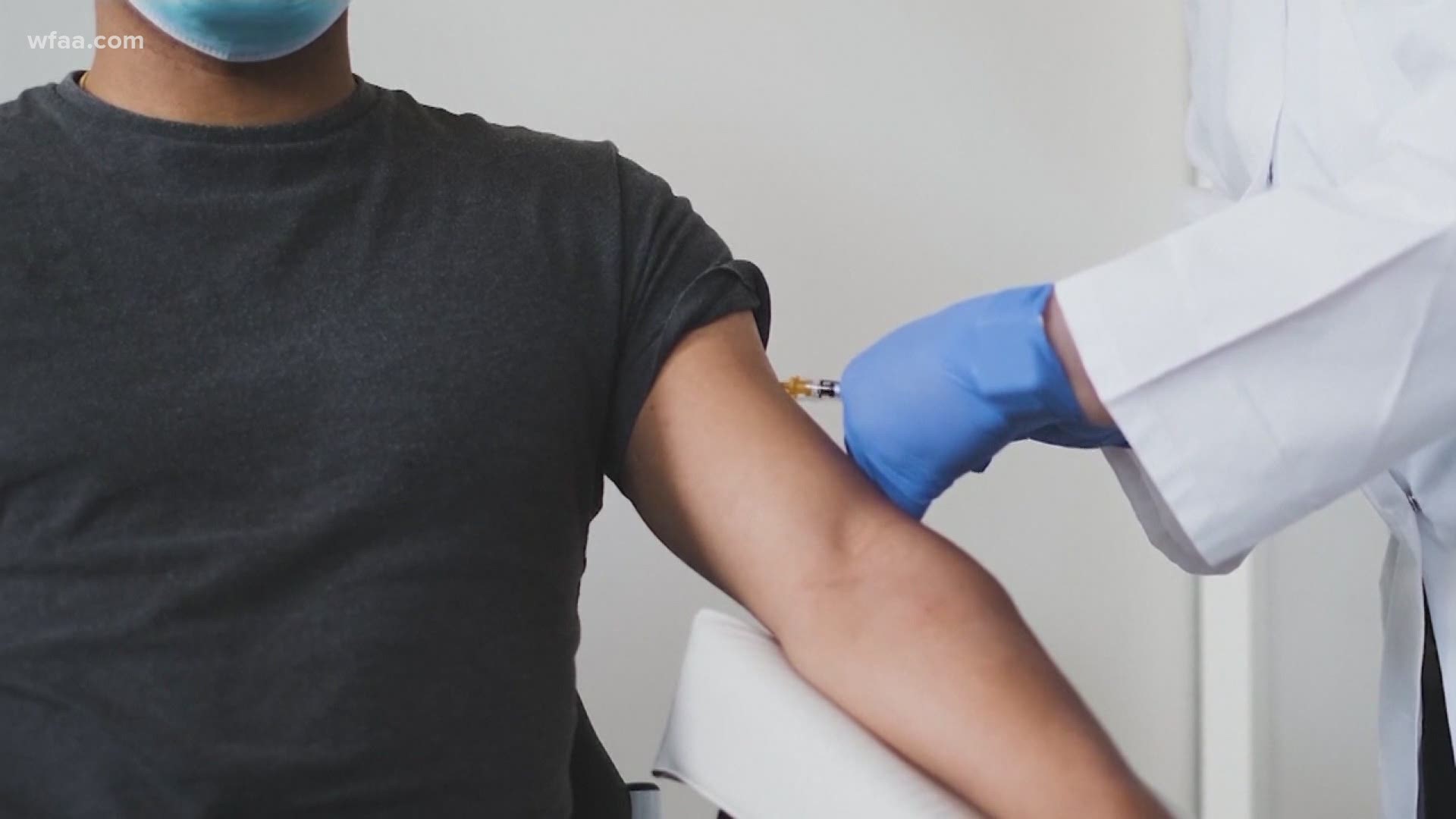 Texas Health and Human Services has finally revealed where the first doses of the COVID-19 vaccine would be delivered statewide. In the meantime, a group of doctors and medical researchers in North Texas are planning for the moment when the vaccine is finally available to the general public.

The week of Dec. 14 will likely be Texas’ first week of vaccine distribution.

A two-page list of dosage numbers assigned to hospitals was released by Texas Health and Human Services late Friday.

In week one, North Texas hospitals will receive an estimated 52,000 doses of the vaccine.

There is a line when it comes to who gets a vaccine first as WFAA has reported for days.

The shortest version goes like this: health care workers, first responders, teachers, other essential workers, nursing home residents, and then anyone over the age of 65.

But how do local health departments prioritize who gets the vaccine next?

Per the state’s list, the next steps can become a little bit more interpretive local counties.

Credit: Texas Health and Human Services
A simplified list of how the state plans to rollout vaccines.

Dr. John Silva is hoping to aid Tarrant County in its direction of vaccine rollout after essential workers, the elderly and those with underlying health risks are taken care of first.

His goal is to help counties streamline complex COVID-19 data alongside colleague Dr. Stuart Flynn -- who founded the Fort Worth School of Medicine.

"This is just the beginning of our journey," Silva said. "Most of my life I've worked to build tools to help manage large scale disasters like if Anthrax got spread over a city. I haven't slept very well since I started doing that."

Silva arrived at UT Arlington months ago and recently created a map for Tarrant County Public Health to show them where you're most likely to get the virus.

Using vulnerability data gathered by the CDC, Silva can show which parts of the county are more likely to transmit the virus.

That data includes infection rates, cultural geography, access to healthcare and even movement.

The reddest parts of the map are areas that are most in danger.

Silva said that he and his team are in discussions to provide more data to Tarrant County upon their request.

"Something like this can really help them make a better decision," Silva said. "So it doesn't appear to be a dart on the wall, instead something like this goes a long way with instilling trust in communities."

Silva and Dr. Flynn are even pushing for a readiness campaign in relation to the vaccine rollout.

That way, communities know their options by the time vaccines arrive in Texas. Flynn said it will also encourage certain communities with lower health literacy rates to trust the vaccine.

"Waltzing in with the vaccines on the first day, well you're not going to have success," Flynn said. "I cannot overemphasize that enough. An educational component, that's really what it's about."

And success starts with professionals like Silva and Flynn working hard for a moment that's likely still weeks and weeks away, as the public waits for hope.