Melton Cude, 65, served in Wise County for more than 30 years. 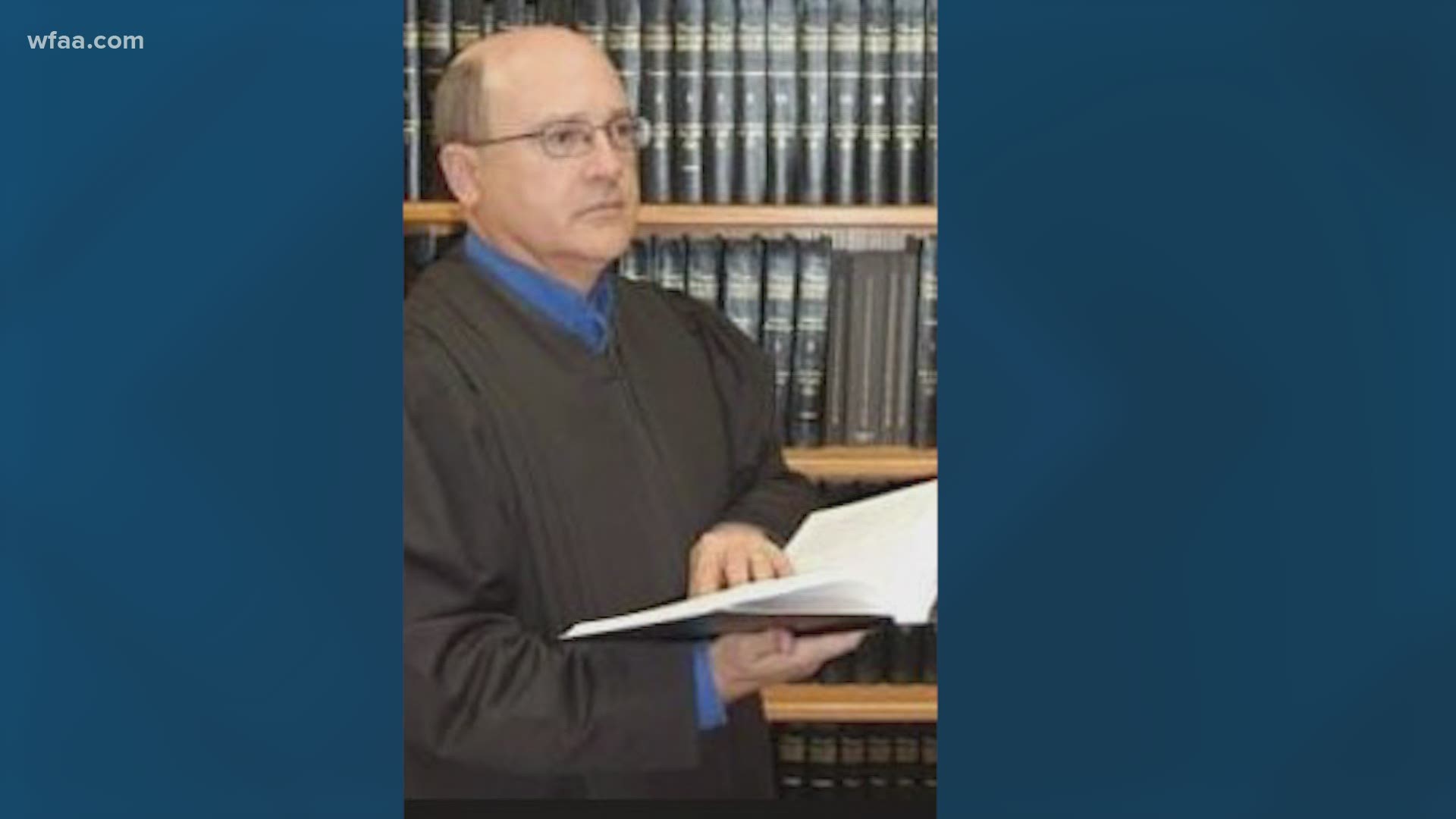 DECATUR, Texas — Updated at 10:17 a.m. Tuesday with information regarding the funeral service.

“I woke up at 3 a.m. with him still on my mind,” Akin said Monday afternoon.

And when he checked his phone, he saw he’d missed a text relaying terrible news he’d been praying wouldn’t come.

Cude, 65, served as judge for Wise County Court of Law No. 1. He was in his ninth term when he died Sunday.

Friends say Cude had been battling COVID-19 for a couple of weeks.

“We prayed endlessly for Judge Cude,” Akin said, holding back tears. “It’s just a terrible loss. He was an excellent friend and we’re going to miss him terribly.”

Many people think of the Wise County courthouse in Decatur as iconic because of its majestic design, Akin said, and Cude was “an icon within an icon.”

“When I looked at that courthouse, I always knew Melton Cude was in there,” he said. “He’s either in there or he was walking around the square to get his exercise.”

“Even though he might not have ruled in your favor, you still felt like you had a friend on the bench."

Many rural Texas counties began experiencing a spike in COVID cases in mid-November.

The surge has only worsened.

According to the Texas Department of State Health Services, Wise County recorded more than 300 new COVID positives between November 24 and November 30.

Wise Health System, the main hospital system that serves Wise County, said as of Monday its ICU was 89 percent full.

The ICU hit a high of 99 percent capacity the day before Thanksgiving.

In October, Wise Health System’s CEO wrote a letter asking for the public to recommit to public health guidelines like mask-wearing and social distancing, because the hospital was concerned about keeping up with demand.

That letter was published when the hospital had 16 patients.

The hospital says over the last week, it has averaged 35 COVID positive patients in its care every day.

The Texas Department of State Health Services reports more than 40 COVID-related deaths in Wise County since the pandemic began.

“You’ll hear a lot of people describe [Cude] as a nice man, a good man, and they genuinely mean that,” said Wise County Judge J.D. Clark.

“For people to say you were honest, had integrity, and were nice and friendly - all the adjectives you would want to be described by, that’s Melton Cude,” he said.

Clark requested and received permission from Texas Gov. Greg Abbott to fly all Wise County flags at half staff in Cude's honor.

A funeral service for Cude is scheduled for 2 p.m. Friday at First Baptist Church in Decatur, with burial at Oaklawn Cemetery.

RELATED: 'It's as bad as it has been, and it's going to get worse': COVID-19 hospitalizations set records in North Texas