There have been almost 200 deaths due to COVID-19 reported in the Dallas-Fort Worth area. 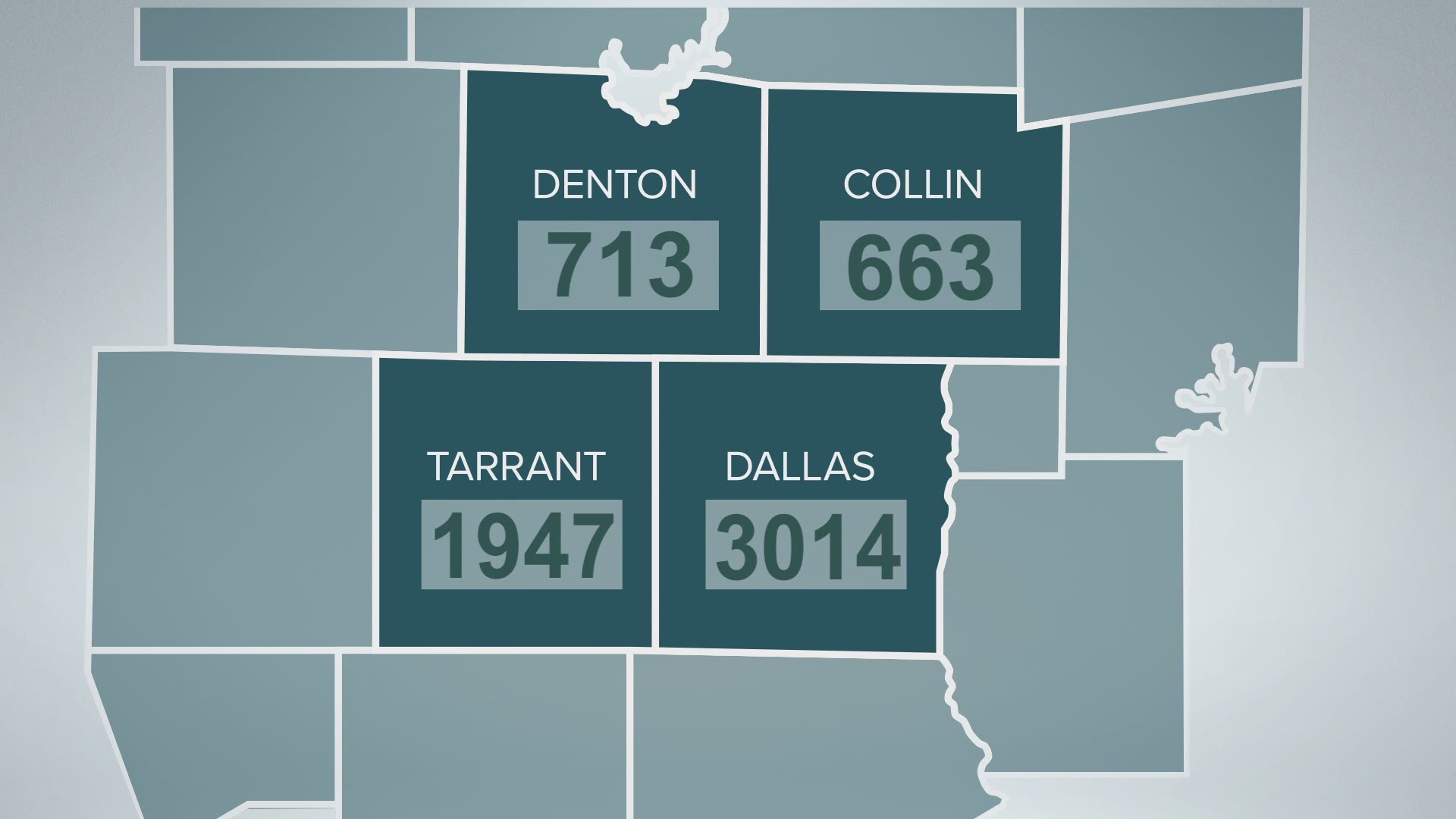 The plan comes as the number of recoveries from the coronavirus in Texas will exceed the number of active cases of the disease, Abbott said.

Businesses can reopen with just 25% occupancy Friday, the day after the statewide stay-at-home order expires. If there is not a spike in cases over the following two weeks, then those businesses can expand to 50% occupancy.

In the Dallas-Fort Worth area, at least 197 people have died from COVID-19 since the first case was reported locally in March.

Abbott also said he hopes to open barbershops, bars, hair salons and gyms "as soon as possible." He aims to have them open by mid-May.

Some businesses, however, have already said they will not reopen on Friday.

Texas movie theater chain Alamo Drafthouse tweeted Monday that opening safely "is something we cannot and will not do casually or quickly."

Plano-based Cinemark told WFAA Monday it is not wavering from its tentatively projected July reopen date, and Heim Barbecue in Fort Worth tweeted Monday it would not reopen its dining rooms.

More than 2,000 people have now tested positive for COVID-19 in Tarrant County since the first case in the county was reported about a month and a half ago, health officials said.

The county added 72 new cases Monday, for a total of 2,019, with 165 people hospitalized currently.

The new numbers come after the county had more than 110 new daily cases for four straight days, though Monday numbers are sometimes lower due to less testing or reporting on Sundays. Time will tell if the decline becomes a long-term trend.

No new deaths were reported and recoveries stand at 289 people so far.

While only 19% of cases have been among those over the age of 65 in the county, 60% of people who died from the disease were in that age range, county data shows.

Across North Texas, at least 197 people have died in connection to the disease since the outbreak began.

Two more Dallas County residents have died from COVID-19 as 91 new cases were reported Monday, according to health officials. The county's total case count now stands at 3,105, with 84 deaths.

Across Dallas County, about 40% of all COVID-19 deaths have been associated with long-term care facilities, health officials said.

“Today’s numbers do not take into account any cases from labs that were closed on Sunday. After we see numbers for tomorrow and Wednesday, we should get a glimpse into which way this week is trending," Dallas County Judge Clay Jenkins said with the announcement of the new numbers.

Between staff and residents, 41 people associated with the Paris Healthcare Nursing Home have tested positive for COVID-19, officials with the Paris-Lamar County Health District announced Sunday.

Cases increased from 19 on Saturday to 50 Sunday for Lamar County, health officials said. The increase came after a drive-thru testing site was set up on Saturday. The 41 cases from the nursing home make up the bulk of county's outbreak.

Of the 50 cases, seven are believed to be travel-related while 43 are from community spread, officials said.

Nineteen patients are in the 60 to 69 age range, while seven are between the ages of 70 and 79. Eight people who have tested positive are 80 years or older.

There are also seven people who are between 50 and 59, four people between 40 and 49, three people between 30 and 39 and two people between 20 and 29 with the disease. Officials did not say who among them, if any, had additional underlying conditions that put them at a higher risk.

A week ago, 52% of hospital beds in the city of Dallas were occupied. Now, 56% are, data from Mayor Eric Johnson's office shows.

The total number of ICU beds and ventilators remained the same from week to week, though the overall number of hospital beds actually decreased by 18 over the past week.

The daily numbers are required under an emergency regulation that Johnson announced last month during a news conference.

Below is a list released by the Dallas mayor's office of the aggregated totals from 25 hospitals in the city: