Experts believe Dallas will become a hotspot for cases of the virus in the coming weeks. 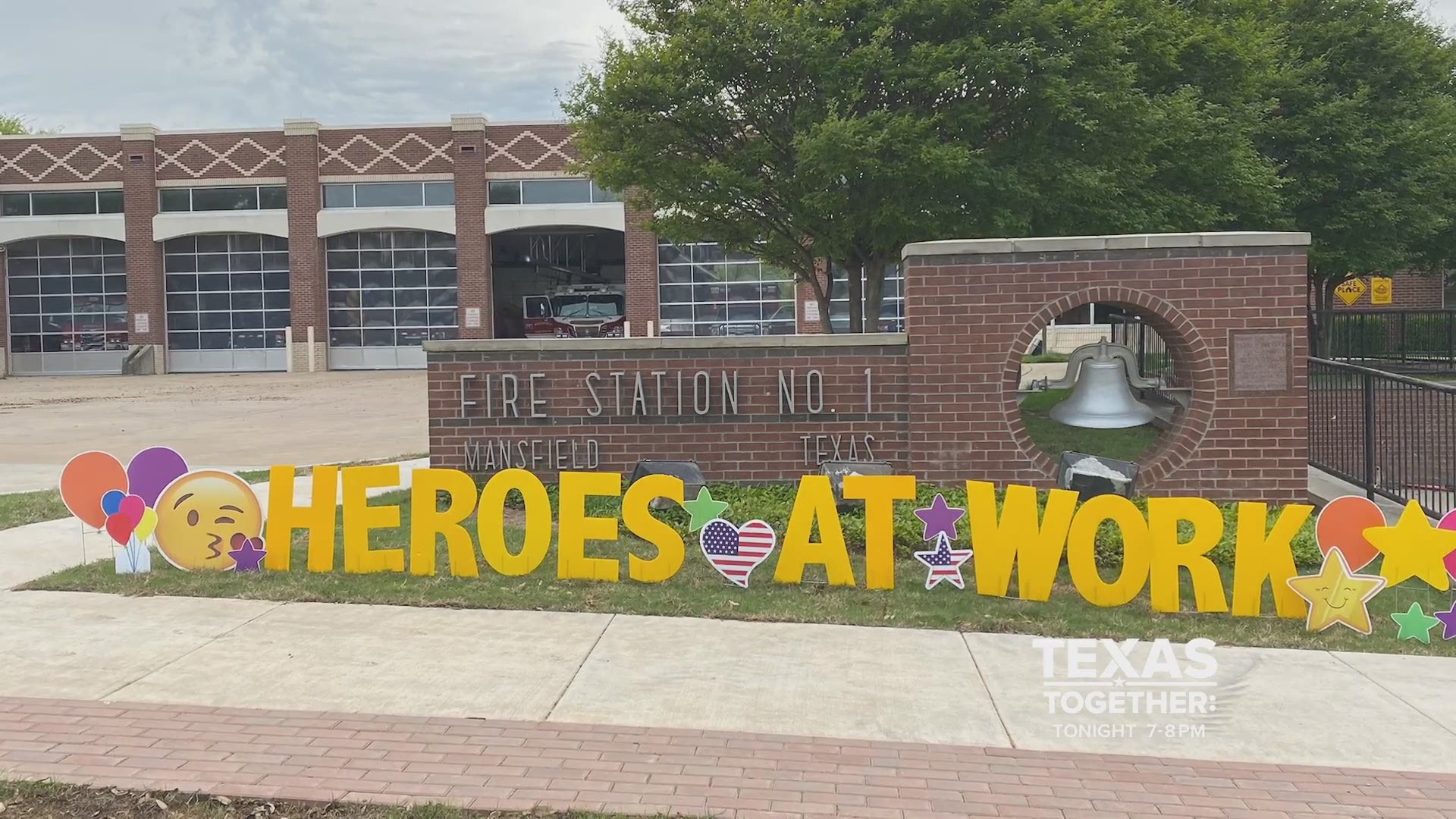 For the second day in a row, Dallas County health officials are reporting an additional 100 confirmed cases of COVID-19. This brings the total to 831.

In addition to the new cases, two more people in the county have died, officials say.

One woman who died was in her 70s and was a resident at a long-term care facility. The other woman was in her 80s and lived in Dallas.

County officials say the two patients had been critically ill at local hospitals.

Of the cases requiring hospitalization, 77% of patients have been over 60 years old or had at least one known high-risk chronic health condition, according to Dallas County officials.

Diabetes is one of the chronic high-risk conditions that has been reported in 28% of patients requiring hospitalization, officials say.

"North Texas and all of Texas is safer today now that Governor Abbott has adopted the Dallas County Safer at Home model. We continue to build capacity as we enter the beginning of the curve. There are enough beds and ventilators in hospitals at present. The challenge is to continue to build capacity so that the curve doesn’t overtake our resources. Your mission is to make good personal responsibility decisions. #StayHomeStaySafe #FlattenTheCurve.”

Fort Worth Independent School District announced Thursday it would be moving to a pass/fail grading system for the last two six-week grading periods of the school year.

This will be in effect for every grade and every subject, the district said. Students will receive at least one assignment a week, which will be graded on a pass/fail system.

The GPA and class rank from the end of the first semester of the school year will be used to determine valedictorian, salutatorian and Latin Honors for graduating seniors.

Fort Worth ISD has not made any decisions about graduation ceremonies yet.

These documents are also posted on the Fort Worth ISD website.

More than 1,500 cases of COVID-19 have been reported across North Texas, according to health officials. So far, at least 30 people in the region have died from the disease.

Dallas County makes up the bulk of those cases, with its reported number of cases at 831 and 17 deaths Thursday.

The novel coronavirus has continued to spread throughout the Dallas area, resulting in more cases among first responders, residents at long-term care facilities and inmates.

"There will be significant illness and death," said Dr. Philip Huang, the director of Dallas County Health and Human Services. "But the magnitude of that really is going to be determined by how well everyone can stay home, stay safe and slow the infection rate."

Experts believe Dallas will become a hotspot for cases of the virus in the coming weeks.

From 7 to 8 p.m. Thursday night, WFAA will be a part of a statewide television event called "Texas Together: A Coronavirus Conversation." The program will bring together experts and leaders from across the state to discuss the pandemic and what's being done to keep you and your families safe, including Gov. Greg Abbott, Mark Cuban and the leader of the Texas Workforce Commission.

You can watch it live on TV or online, and you'll be able to submit questions during the event. For more on the program, click here.

Health officials announced three more people in the county have died from the disease. Six people total have now died from COVID-19 in Tarrant County.

Two of those who died were residents of Forest Hill and one was a Fort Worth resident, according to officials. All three were elderly and had underlying health conditions.

The county also reported 37 new cases Thursday, bringing its total to 325. 23 people have recovered so far from the disease.

A Dallas police officer who worked at Southeast Patrol on the second watch has tested positive for COVID-19, officials said.

The officer is the fifth person on the force to test positive since the outbreak began. They were last in the office on Saturday, March 28, according to officials.

The officer learned of their positive result Wednesday after they were tested at Parkland Hospital, officials said. Their patrol car has since been taken out of commission while it is sanitized, as well as the area of the building where they worked.

The department's medical team "will assess if quarantine of other officers is necessary," a spokesperson said.

Parkland Hospital officials said they have been fielding many questions about personal protective equipment donations as reports show increasing need across the country.

A spokesperson said the hospital will accept any new and unopened PPE, including:

Anyone with those items can drop them off Monday through Friday from 8 a.m. to 5 p.m. at Parkland’s Logistics Building, which is located at 5223 Tex Oak Ave. in Dallas.

Those interested in donating and have further questions can email Pamela Bryant at pamela.bryant@phhs.org.

Twenty-three new cases of COVID-19 have been reported in Collin County, health officials said Thursday, bringing the county's total to 207.

Officials say 140 of those are active cases, 66 people have recovered and one person has died since the outbreak began in the county.

Twenty-six of those with active cases are hospitalized while the other 114 are isolating themselves at their homes, according to officials.