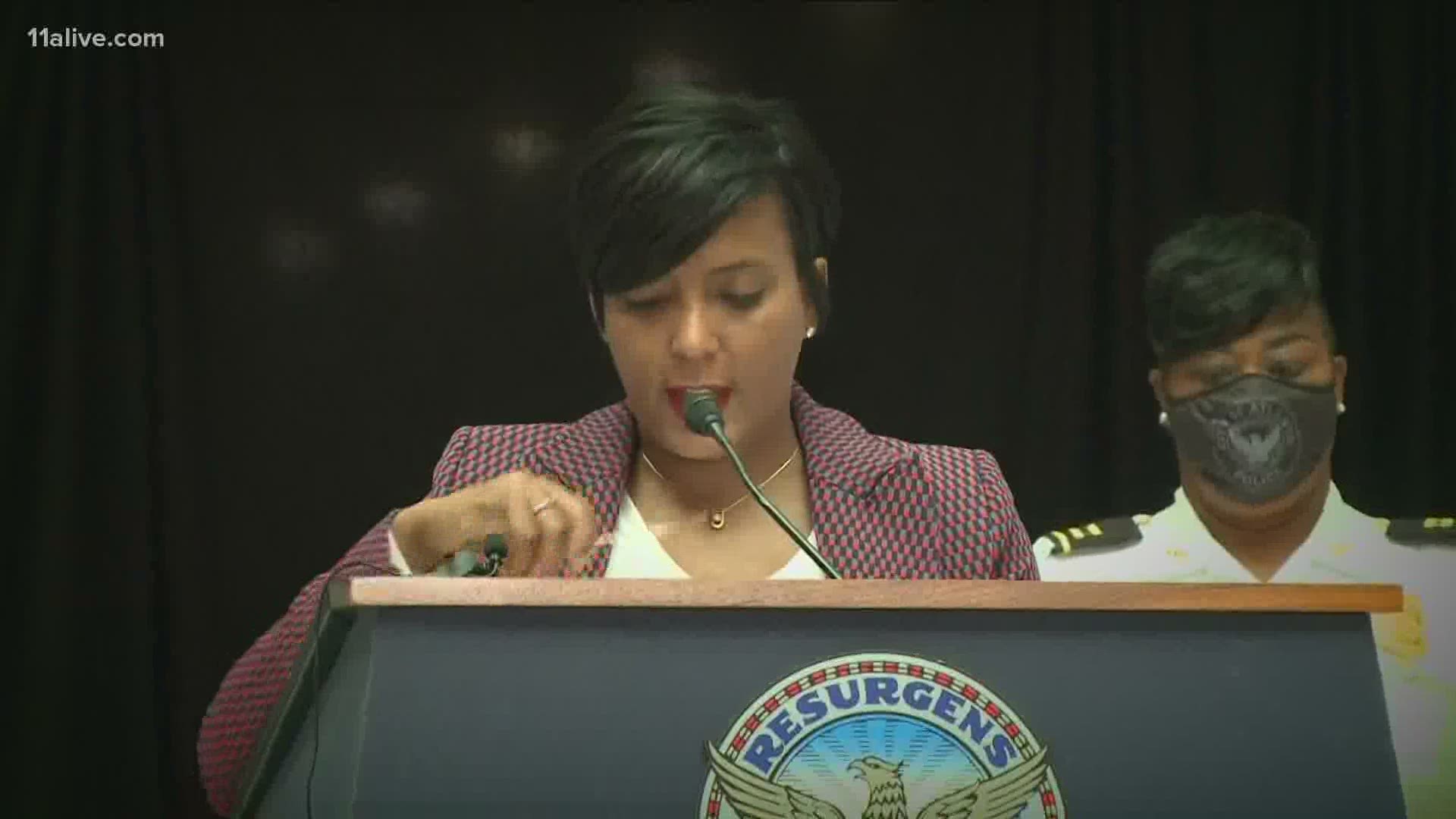 ATLANTA — They're going to try it again next week.

After two judges recused themselves from hearing the lawsuit between Georgia Gov. Brian Kemp and Atlanta Mayor Keisha Lance Bottoms, a third judge has been assigned.

The lawsuit filed last week is in response to the way Bottoms and members of the City Council are handling the COVID-19 pandemic.

Kemp argues that local leaders don’t have the legal authority to impose measures that are more or less restrictive than those in his executive orders for the state.

Atlanta is among at least 15 local jurisdictions statewide that has ordered people to wear masks in many public places to prevent the spread of the coronavirus, according to The Associated Press.

The initial hearing was set for July 21, however, Judge Kelly Ellerbe recused herself stating that she consulted with council about the case.

The case was then handed over to Judge Shawn LaGrua, who later said that she would not hear the case because she formerly worked as Inspector General for Kemp while he served as Georgia Secretary of State. She added that she also remains under consideration for gubernatorial appointments by Kemp.

You can watch the hearing live at 11Alive.com or on the 11Alive YouTube channel.

Kemp vs. Bottoms: One key question could play role in outcome of lawsuit, law professor says

Mayor Bottoms on Kemp's lawsuit: 'We'll see him in court'