Last week, the tests were limited to certain ZIP codes, but Dallas Mayor Eric Johnson tweeted that it's now open to all Dallas residents who lack transportation.

Updated on May 18 to reflect updated criteria for people who wish to be tested.

Dallas residents who lack transportation or have mobility issues will now have better access to COVID-19 tests after the Dallas City Council unanimously approved a one-year service agreement last week for in-home testing.

Last week, the in-home tests were limited to certain ZIP codes, but Dallas Mayor Eric Johnson tweeted Monday that it is now open to all Dallas residents who do not have transportation.

The city’s two community-based sites have seen many residents, including those from other counties, but city leaders want to help Dallas residents who can’t get to the drive-through testing sites due to transportation issues. Mayor Eric Johnson announced Wednesday that the drive-thru sites will be extended through June 30.

The $660,000 agreement for in-home testing will be available for residents who have mobility issues, said Rocky Vaz, director of the City of Dallas Office of Emergency Management. The testing service team will directly come to those residents' homes.

Up to 60 antigen swab tests per day will be available for residents who have symptoms of a temperature of 99.6 or higher, cough or shortness of breath, or have had contact with someone who is COVID-19 positive, Vaz said.

To be eligible, you must:

The two community-based sites in Dallas set up by the federal government were intended for regional testing. People who have been tested there are from 15 or 20 different counties, Fortune said. The sites are administering 1,000 tests a day, but Fortune said more tests are needed.

“We need to see more than 4,000 tests a day to be able to have an adequate number of testing,” Fortune said.

The at-home tests will help officials track how the disease is spreading in vulnerable areas of Dallas.

The testing service agreement will be covered with the city’s federal grant CARES Act relief fund.

"I will say that I do feel that it is impossible for us to seriously talk about opening back up the Dallas economy if we don't deal with this issue [of testing],” Johnson said. “Its kind of a logical, natural thing -- the more we know about how widespread it is in the community, we can get ... confident to be in the community.”

Moving forward, as the City is spending money directly for testing, these tests will be limited to Dallas residents and Dallas County residents.

City Council members said this was a part of the effort to ramp up testing, which along with contact tracing, could help contain possible outbreaks.

“We’ve got to do everything in our power to better understand the prevalence [of COVID-19] and take care of our residents,” said Council Member Jennifer Staubach Gates.

Some council members were concerned about spending additional money because the City has relied on Dallas County Health and Human Services for testing. City Manager T.C. Broadnax clarified that the city received $240 million through the CARES Act, while the county received $200 million for the cities and unincorporated areas outside of the City of Dallas. The two are working in partnership.

“I am extremely concerned what the numbers will look like a week from now,” councilman Casey Thomas said. “We had people who were out there on Mother’s Day like this is 2019… so we have got to make sure not only that we increase the amount of being tested, but secondly that we look at the data of those who have been tested.”

Gates also mentioned that it is important to communicate with people who have tested positive when they are able to safely go into society again, along with notifying people who have been exposed to that positive case.

"That's why it's important," Gates said. "It gives us a better understanding of this moving through our community." 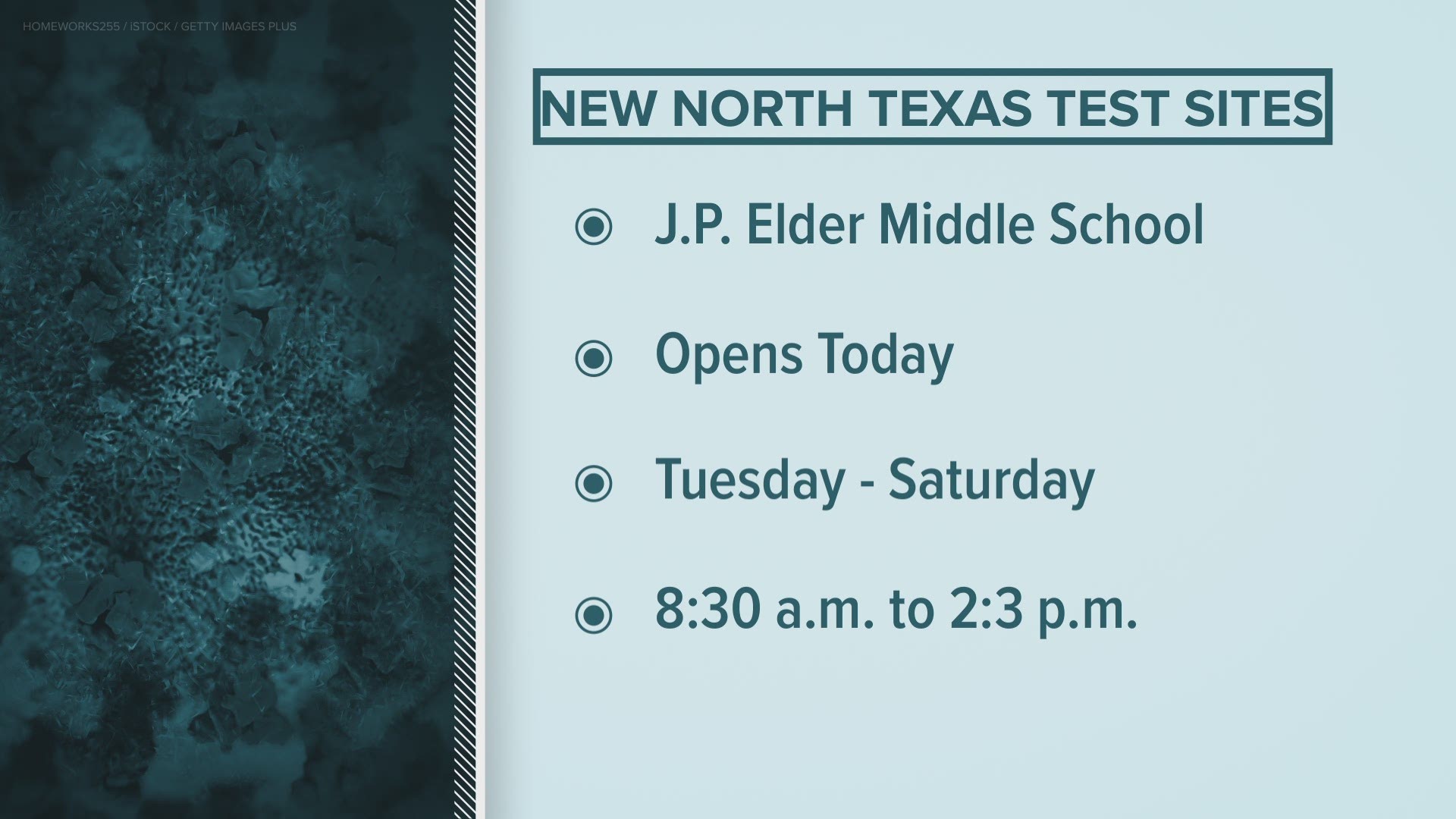