'I feel a lot of love from everyone': North Texas Food Bank, Tarrant County Food Bank donate thousands of meals to those in need

Some people slept in their cars and began lining up at 4 in the morning to make sure they got food. 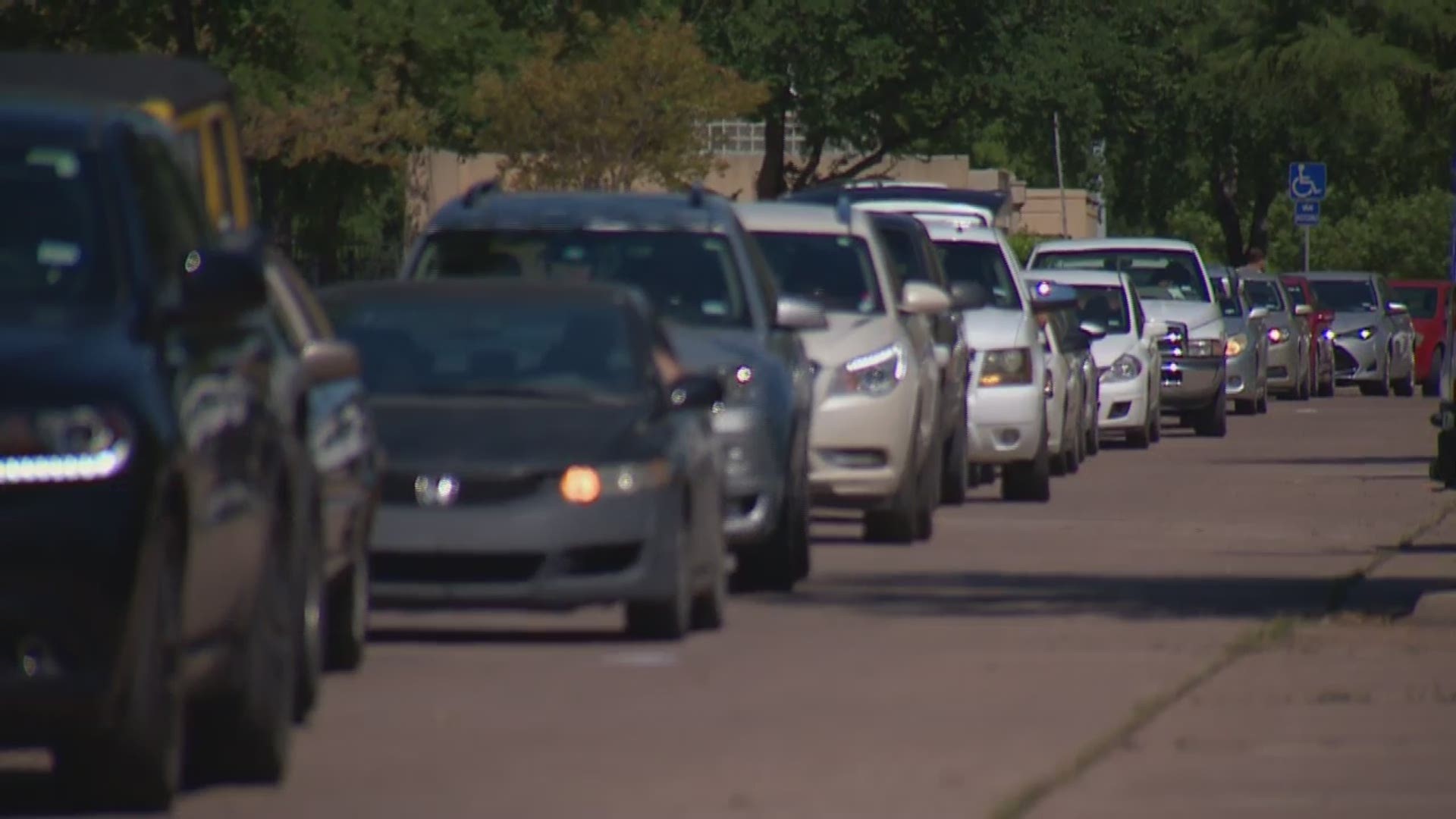 Thousands were lined up and cars stretched for miles around Fair Park in Dallas Thursday.

"I don't think anybody was prepared to see anything like this,” said Valerie Hawthorne of North Texas Food Bank.

The North Texas Food Bank handed out 6,500 boxes of food with the help of the National Guard.

Some people slept in their cars and began lining up at 4 in the morning to make sure they got food.

"It's crazy. I've seen this on TV and seen it in movies. I never actually thought I would be in something like this,” said Dallas resident Apple Harper.

Larena Carino lost her job at a restaurant and hasn't had any income in weeks.

She's never had to go to a food bank.

Carino told us in Spanish she didn't want to have to ask for food but says she had no other choice.

"I feel, like, a lot of love from everyone. That's how I feel and that's how it should be,” Irving said.

Love, hope and food is what they were distributing at Destiny Pointe Christian Center in Arlington.

"I think it's a message of hope. God still loves us. He cares about us and this is our way of showing that love to our community,” said Pastor Renee Hornbuckle.

People were also lined up there for hours.

It's the second food drive at the church that has been sponsored by the Tarrant County Food Bank.

As people left, volunteers prayed for those in need.

The message is: There is help, so don't lose hope.