Officer Tracy Gaines was described as a very genuine person who loved rock n' roll and a had a knack for trivia. 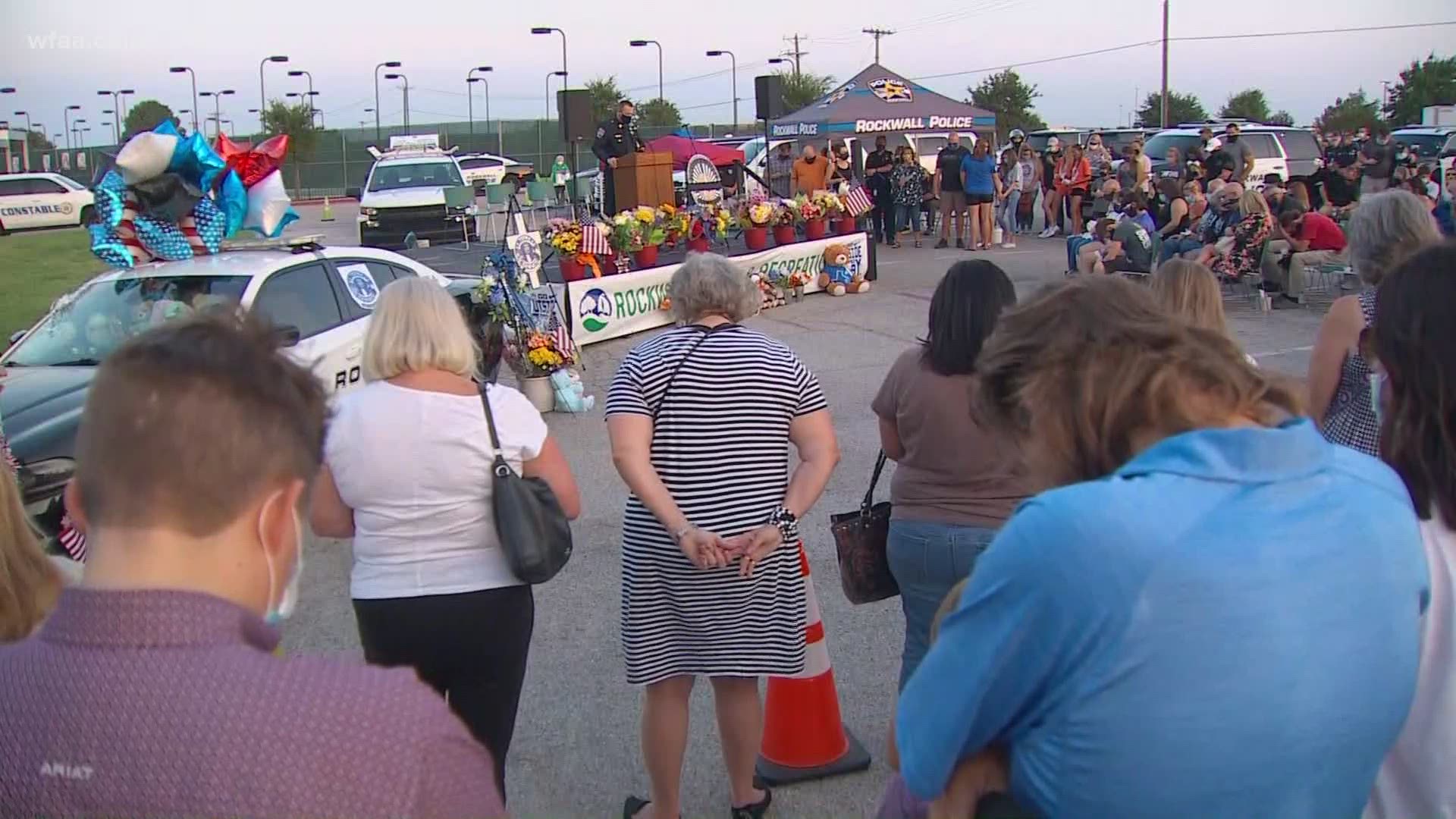 ROCKWALL, Texas — More than 400 people showed up to a vigil for Officer Tracy Gaines at Wilkerson-Sanders Memorial Stadium in Rockwall. The Rockwall police officer died on Aug. 3 after a four-week battle with COVID-19.

The vigil, hosted by the Rockwall Police Association, was held at the place Officer Gaines would normally work Friday night football games.

Gaines was admitted to the hospital on July 11 with COVID-19. Rockwall police investigator Laurie Burks told WFAA Gaines did have an underlying condition.

Gaines had worked with the Rockwall Police Department since 2005. He had been a school resource officer for the last several years.

"Tracy was the best of us," and "I am a better man and I am a better father because of Tracy Gaines," said two of his colleagues. He was described as a very genuine person, who was a rock-n-roll music fan and had an interesting knack for trivia.

His colleagues told WFAA that his loss will be felt all over the campus, the department, the community, and most importantly, his family.

But this is also a tough reminder of the pandemic times we're in.

"We're here because of COVID-19. This is a long journey from understanding to comprehension," said a colleague.

But the hundreds who showed up Thursday evening weren't there for the virus, they were there for the man who brought them all together.