'He's the heart and soul of the community': West Dallas rallies around police officer fighting COVID-19

Sr. Cpl Arnulfo Pargas is fighting to live. His family and friends say he is the heartbeat of West Dallas where he serves the community. 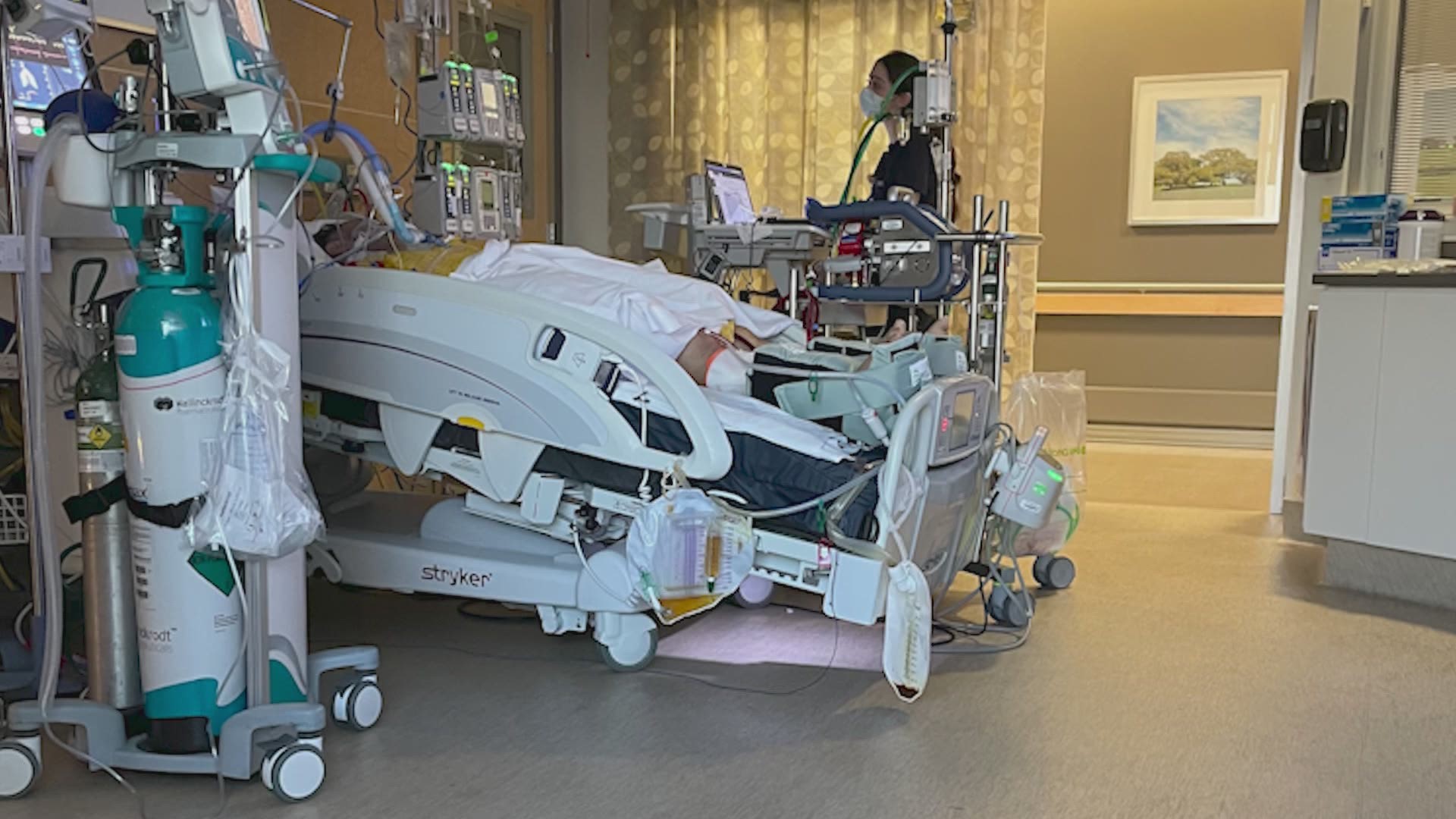 DALLAS — Sr. Cpl. Arnulfo Pargas is not just a police officer to the people in the West Dallas community.

For most of his 20 years on the force, Pargas has worked out of the Lake West office.

Henry Martinez became his friend. The Dallas resident shared pictures of the officer who he says is the heart and soul of the community and always around to lend a helping hand.

"Even on his days off, Sunday, we would meet to grab food for the pantry or someone for someone in distress, families that needed emergency food,” Martinez said.

On June 12, Pargas's wife Toni says he tested positive for COVID. Six days later she says his oxygen level dropped to dangerous levels and he was placed on machines to keep him alive.

"He's on a ventilator and an ECMO machine in hopes that his lungs can recover but they say it could take months,” Toni Pargas said. She said he focused so much on helping others that he failed to get vaccinated.

"He was working on the day we went [to get vaccinated] and he was supposed to come with us, but he said, 'You guys go and I’ll go later,' and now he says 'I too should have just gone to get vaccinated,'" Toni Pargas said.

Now, she and his children spend their days next to his hospital bed, reading him the Bible and praying he will survive.

"He's the light of our house and he's there and we are missing him because he's there,” Toni Pargas said.

”He never comes to work with a frown. He always has a beautiful spirit about him and he’s embracing,” Munoz said.

Officers are raising money for medical bills. The National Latino Law Enforcement Organization, NLLEO, is also raising money for him through the Blue Guardian Foundation. Mailing donations to P.O. Box 224452 or donate to their PayPal here.

Pargas’ family says he's expected to be in the hospital for months, and while this is a difficult time, they believe in miracles, and that one day, Pargas will back on the beat.