Often, the neighborhoods most likely to have a large number of residents with underlying health conditions also have a high number of people living in poverty. 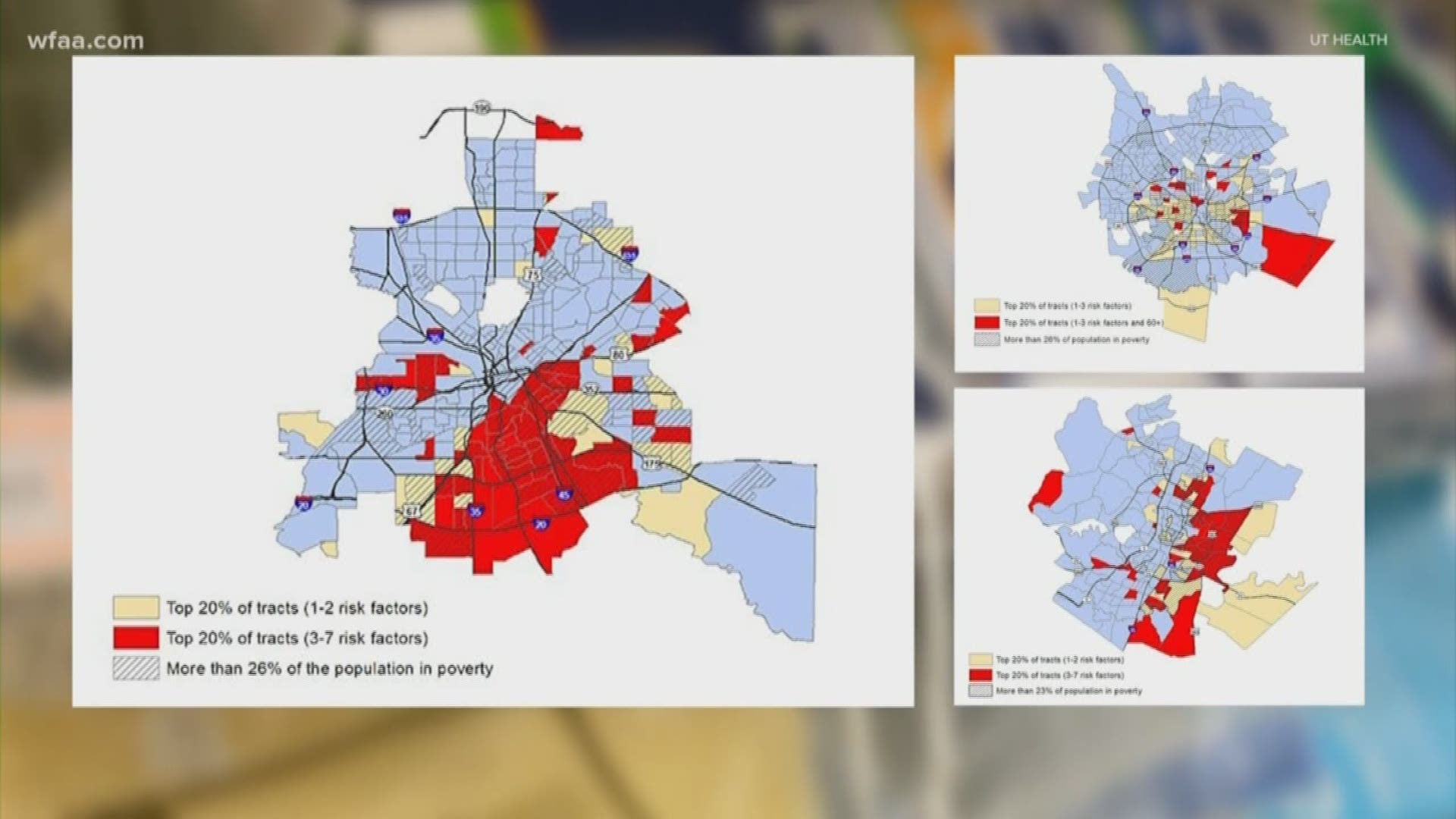 Oak Cliff, Cedar Crest, South Dallas and West Dallas may be the most vulnerable Dallas neighborhoods to the COVID-19 pandemic, new research from UTHealth suggests.

People who live in neighborhoods south of Interstate 30 and east of Interstate 35 in Dallas are more likely to be at risk for experiencing a severe case of the disease, according to UTHealth's analysis, because a large number of residents there has a combination of underlying health conditions that put them at a higher risk for the disease.

Those who are over the age of 60 or who have an underlying health condition have been shown to be more likely to require hospitalization for the treatment of the disease. Those underlying medical conditions, or risk factors, include heart disease, stroke, chronic obstructive pulmonary disease (COPD), current asthma, diabetes, kidney disease and obesity.

One risk factor that has been particularly notable in Dallas County is diabetes, with 30% of all hospitalized COVID-19 patients suffering from the disease.

Often, the neighborhoods most likely to have a large number of residents suffering from these underlying health conditions also have a high number of people living in poverty, according to the analysis.

In the map below, the red areas are those that will experience the greatest need as the pandemic continues, "both in terms of financial support and severe and critical medical care," researchers found.

The Dallas ZIP codes researchers found to be particularly vulnerable include:

Researchers used data from the U.S. Census Bureau and the Centers for Disease Control and Prevention to identify these neighborhoods and said they hope it helps guide policy decisions when officials determine where to prioritize resources and outreach efforts.

Dr. Stephen Linder, a professor and director of the Institute of Health Policy at UTHealth School of Public Health, spoke to WFAA's sister station KHOU in Houston about the research.

“Gov. Abbott had spoken about surge capacity and our ability to deal with the stress on the healthcare system as cases increased,” Linder told KHOU. “We thought if we looked at the patterns of chronic disease in different cities, we could at least provide some data for those plans to be made."

Researchers also examined Austin and San Antonio as part of the analysis. To read the full report from UTHealth, click here.