The governor offered one possible explanation: the closure of some temporary testing sites created in July that targeted various coronavirus hotspots.

In response to Texas’ recently plummeting coronavirus testing numbers and heightened rate of people testing positive, Gov. Greg Abbott said Thursday that state health officials were “investigating” the trend and working to increase the number of Texans being tested for coronavirus.

“We have far more daily testing capacity than there are tests being undertaken because we’re not having people step forward to be tested as we did before,” Abbott said at a press conference in Lubbock.

Abbott offered one possible explanation: the closure of some temporary testing sites created in July that targeted various coronavirus hotspots. State officials last week deployed four testing locations in Houston, each capable of processing up to 1,250 samples per day for about two weeks.

The state’s official tally of coronavirus tests shot up dramatically on Wednesday after a consistent decline over the past weeks. The overall trend of a decline in testing has left public health experts worried about the state’s ability to contain — or even track — the spread of the virus as schools across the state are considering how to reopen for the fall. 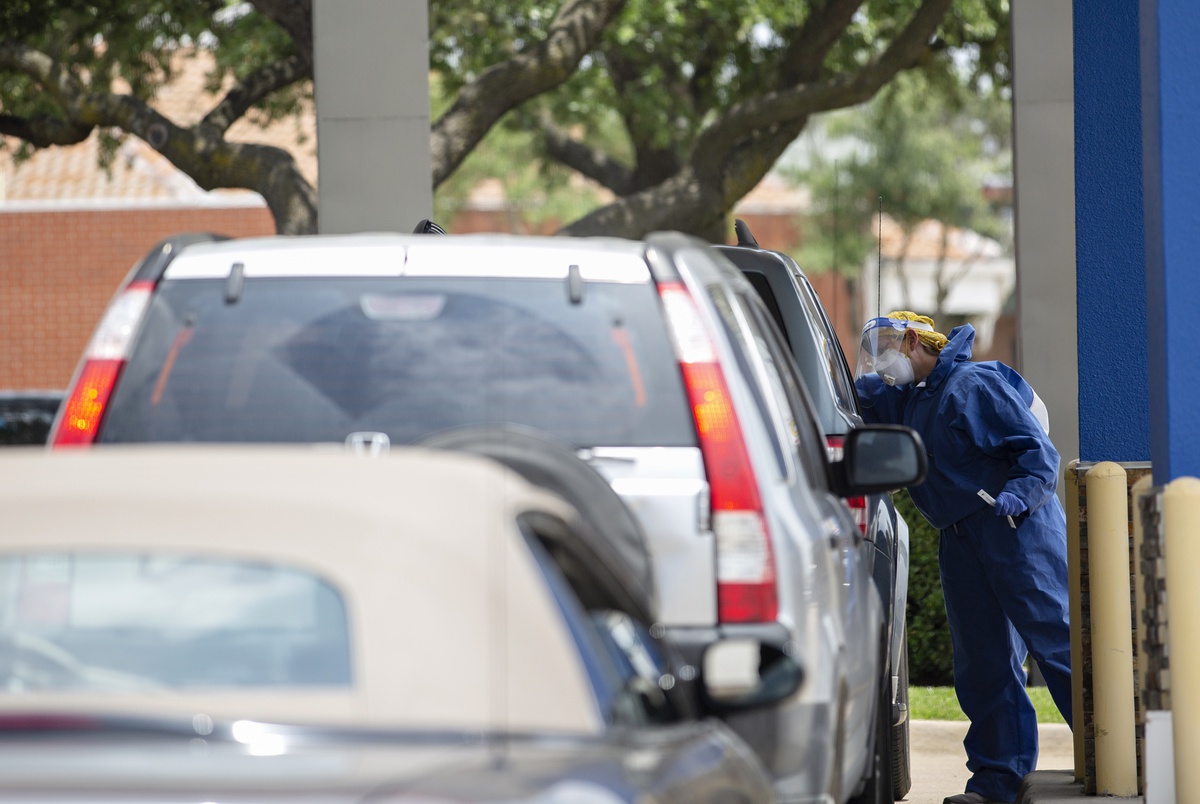 Gov. Greg Abbott says Texas is investigating its high proportion of coronavirus tests coming back positive
Need to stay updated on coronavirus news in Texas? Our evening roundup will help you stay on top of the day's latest updates. Sign up here. In response to Texas' recently plummeting coronavirus testing numbers and heightened rate of people testing positive, Gov.

In the week ending Aug. 11, an average of about 35,000 coronavirus tests were administered in Texas each day — a drop of about 45% from two weeks earlier, when the average number of daily tests was around 64,000.

At the same time, the percentage of tests yielding positive results has climbed to alarming highs, up to 25% on average in the week ending Aug. 11. Abbott has previously said that anything over 10% would be considered a red flag.

On Wednesday, state officials recorded a sudden spike in the number of tests administered: 127,668, an all-time high. The Texas Department of State Health Services has not yet said how many of those are viral tests, which can reveal an active infection, and how many are antibody tests, which indicate previous infection. It is unclear if the spike reflects previously unreported tests from the preceding days.

“We have observed for the past couple of weeks a decline in the number of people stepping forward to get tested,” Abbott said. “We do have abundant testing capacity … because we’re not having enough people step forward to be tested as we did before.”

Local officials in Texas cities have described a recent drop in demand for coronavirus tests. In Austin, health officials recently opened testing back up to asymptomatic people after being forced in June to limit testing only to people who were showing symptoms. Officials said they had seen fewer people seeking tests through the city’s online portal and at local events.