From self-quarantine, Sen. Cruz calls to talk about COVID-19 pandemic

Cruz said domestic travel restrictions are possible, and that airline CEOs have told him their losses are worse than after Sept. 11. 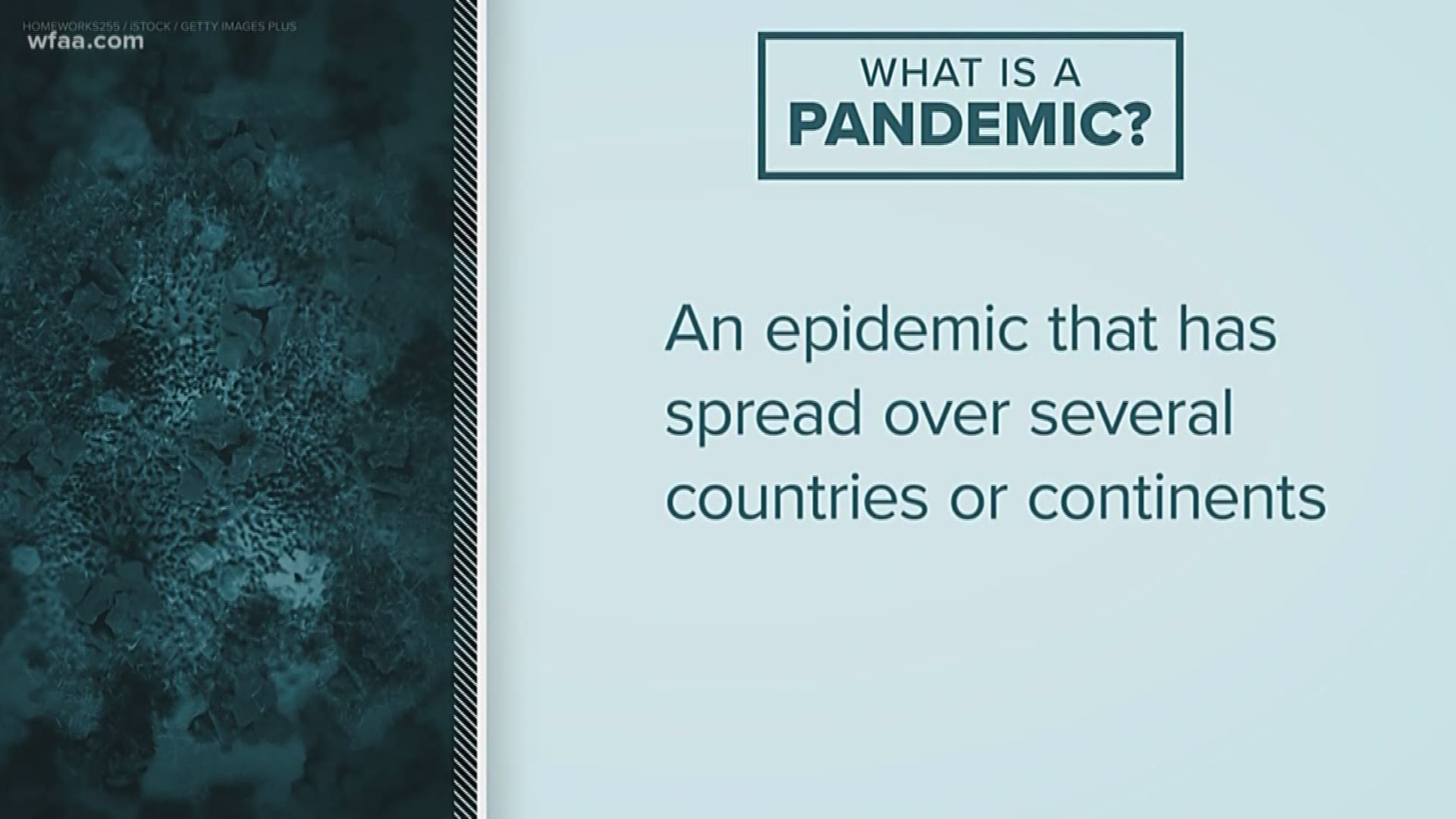 DALLAS — Chunky soup, breakfast cereal and pizza is how U.S. Sen. Ted Cruz has survived two weeks of self-quarantine at his home in Houston.

“It probably wouldn’t impress most nutritionists, but it’s managed to work nonetheless,” Cruz said in a phone interview this weekend.

“Folks made fun of me when I was a bachelor [because] I would have physically 50 to 100 cans of chunky soup in my pantry. I, at least so far, have not had a shortage of the basic essentials,” he joked.

Cruz has extended his voluntary self-quarantine until Tuesday, March 17. That will mark 14 days since his interaction with an official from the Spanish government. That foreign official later tested positive for COVID-19, causing Cruz to isolate himself.

This is the second consecutive self-isolation for the senator. He decided to stay at home originally after encountering an individual at a conservative conference who later tested positive for the virus.

RELATED: Sen. Ted Cruz interacted with a second person who tested positive for coronavirus, he says

“I’m feeling terrific. I am in good health. I feel strong. I have no symptoms. I continue to be self-quarantined out of an abundance of caution,” Cruz said on the phone.

As the U.S. response to the new coronavirus changes almost hourly, the senator said it is possible that domestic travel restrictions could be imposed on Americans.

“If the epidemic continues to spread, I don’t think it would be surprising to see domestic travel halted – probably at least initially in key affected regions,” he explained. “But potentially, more broadly. That’s been a big topic for discussion as I’ve visited with the CEOs of the major airlines.

"They’re very concerned. They’re already seeing domestic travel dropping precipitously just because people are concerned and declining to fly, but I think it’s possible we will see a pause in domestic travel depending on the health circumstances.”

Working from his home in Houston, Cruz said he has spoken with executives from American, Delta, Southwest and United Airlines in recent days about the effects the new coronavirus is having on the transportation industry.

“They’re losing actually billions of dollars. They’re absolutely concerned,” Cruz said. “This is an unprecedented challenge. They’re seeing a greater challenge to their balance sheets than they saw after September 11. They are working to extend their ability to stay afloat. They are working with their employees.

But depending on how long this goes, it’s going to be a major economic challenge. I fully expect Congress and the administration to work and work creatively to try to address that economic challenge, because there’s no doubt we need to continue to have a vibrant and healthy commercial airline industry in the United States.”

But stopping the COVID-19 pandemic first is paramount, the senator said.

There are four primary ways to address it, Cruz said, which he has urged the Trump administration to focus on:

3. Getting hospitals the equipment they need, such as ventilators

4. Streamlining the process for developing cures

From self-quarantine, Cruz co-sponsored legislation he intends to introduce that, if passed, would expedite the U.S. Food & Drug Administration approval process for drugs and devices that could treat COVID-19 patients. It’s called the RESULTs for Coronavirus Patients Act.

But the Trump administration faces criticism for initially being slow to recognize the threat posed by this new coronavirus.

“We are making progress towards all of them, but we are not doing enough. Anytime you’re facing a challenge of this order and magnitude, that statement will be true,” Cruz said. “We need to streamline getting the tests out there and making them available. We also need to improve the tests.

The test only works if you’re sick. It doesn’t work if you’re asymptomatic. It would be a much more effective test if we could develop and streamline a test that anyone could go in and take and discover if they’ve encountered the virus before they get sick.”

Still, when testing becomes more widely available, Cruz agreed that the number of Americans infected with COVID-19 will likely increase.

“It will get worse before it gets better. We’ll make it through this. But the way to make it through is treating it seriously, listening to the medical professionals and the doctors following the science and doing what is necessary to keep people healthy and safe,” he continued.

Despite self-quarantine, the senator said health officials did not test him for COVID-19 because he did not meet the CDC criteria.

“Their advice was not to be tested and the reason is I’m asymptomatic. I’m not sick. And these tests only work if you are sick, because there has to be a sufficient viral load for the tests to identify,” Cruz said. “So, if you’re healthy and feeling no symptoms, the tests are medically ineffective in those circumstances.”

The senator said he has kept away from his wife, Heidi, and their two daughters while he works from home, sending email, making phone calls and monitoring the public health response.

Cruz closed his office in Washington, D.C. temporarily after a staffer in another senator’s office tested positive for COVID-19.

“What we shouldn’t do is get into hysteria or panic. This is not the zombie apocalypse. This is a public health threat that is serious,” Cruz said.

Still, self-quarantine has created cabin fever for him.

“The initial self-quarantine was supposed to expire on Thursday. I was looking forward to yesterday to taking my family out to eat and going out and having fun with the kids and going to a restaurant for the first time in a while,” Cruz explained.