El Paso has reported more than 1,000 new confirmed cases a day for more than a week. 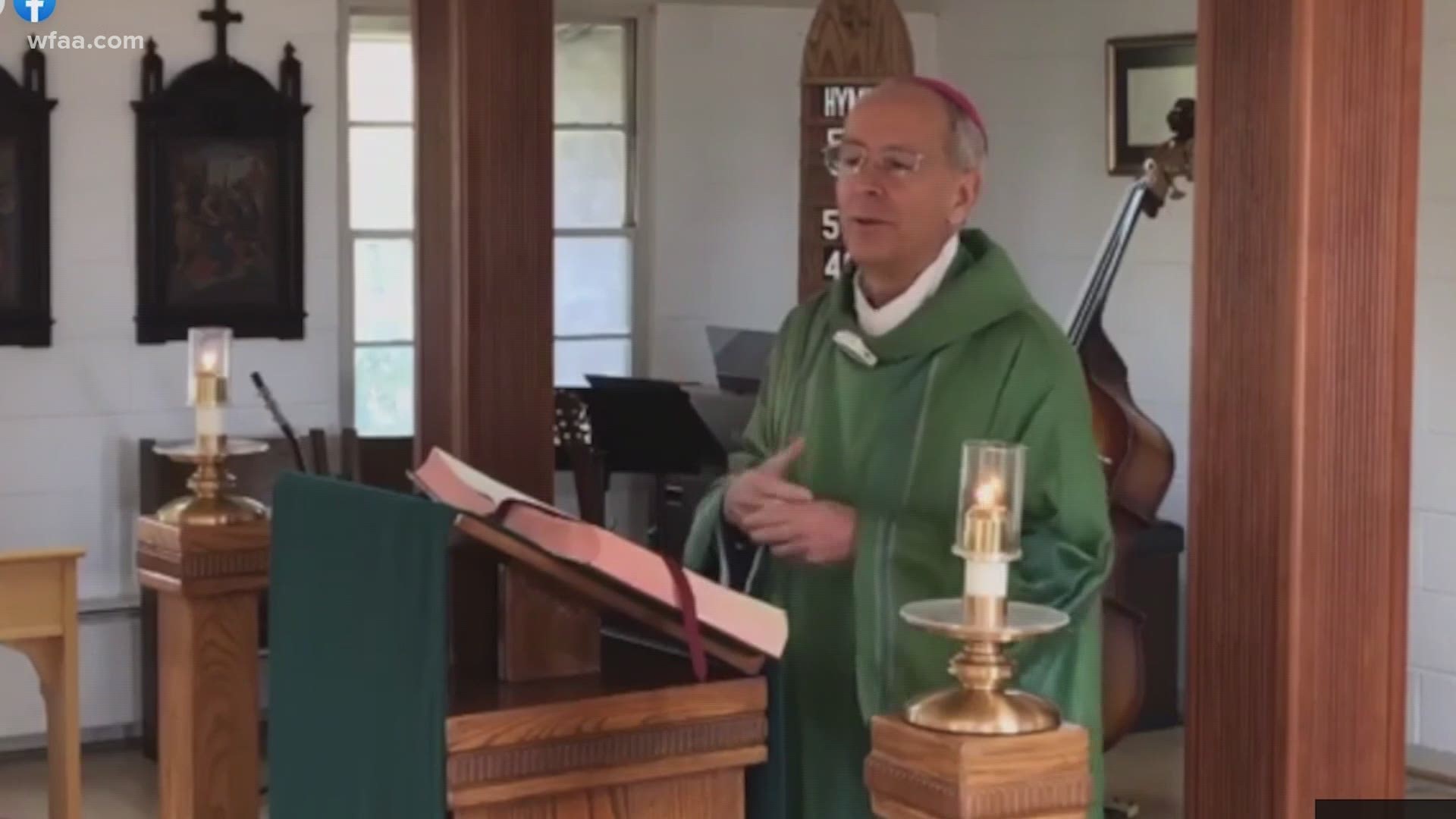 FORT WORTH, Texas — Editor's note: El Paso officials on Thursday said the daily case total reported Wednesday had been inaccurate. A number of cases from Monday and Tuesday did not upload correctly and were erroneously added to Wednesday's total, according to El Paso Public Health Department Director Angela Mora. The correct total for Wednesday was 1,537, not 3,100.

After years serving in Dallas, Bishop Mark Seitz is now in El Paso, but has a message for his old home.

“We have to take this virus seriously,” Seitz said.

After weeks of gradual increase, El Paso’s cases have skyrocketed. The county with a population of around 800,000 people reported more than 1,000 daily cases for more than a week.

“All of the numbers are very concerning,” Seitz said. “We’re at the point now where people will not be getting adequate medical care.”

Seitz says burials are backed up, funeral homes are nearing capacity and trailers have been brought in to hold bodies.

The county judge closed all non-essential businesses for two weeks to help reduce spread, but, right now, Gov. Greg Abbott and Attorney General Ken Paxton are fighting in court to keep them open.

“I think we just have to realize that at a certain point human life is the highest priority,” Seitz said.

“It was a situation that was just brewing and waiting to boil over, and we're at that point now,” UNTHSC epidemiology professor Dr. Diana Cervantes said.

Cervantes says the numbers are shocking but also a sign of what could happen in North Texas as cases and hospitalizations rise if nothing changes.

“We're in a really critical window where we can either turn that or we can just say we're going to be another El Paso,” she said.

By now, everyone knows the advice: wash hands, keep distanced and wear a mask. That’s not the issue. Cervantes, who researches and teaches on how people behave during virus outbreaks, says stopping future spread always comes down to how long people are willing to continue preventive measures.

“The information is out there,” she said. “I think it's ultimately a bigger reflection of what we think is important of what in general society, the things that we're willing to do to safeguard others.”

“It’s going to affect not only every business but every family,” Seitz said.

Seitz had the virus in October and says just about everyone in El Paso knows someone who tested positive or possibly passed away. Even for those who don’t, the message is if people don’t start caring, everyone will start hurting.

“I pray that some good will come from the many tragedies that will unfold in our communities in the coming weeks,” Seitz said.