Famous Fort Worth Herd feels the impact of COVID-19

“I like to sometimes think about what the animals are thinking, because they’re creatures of habit and their routine has changed as well," Kristin Jaworski said. 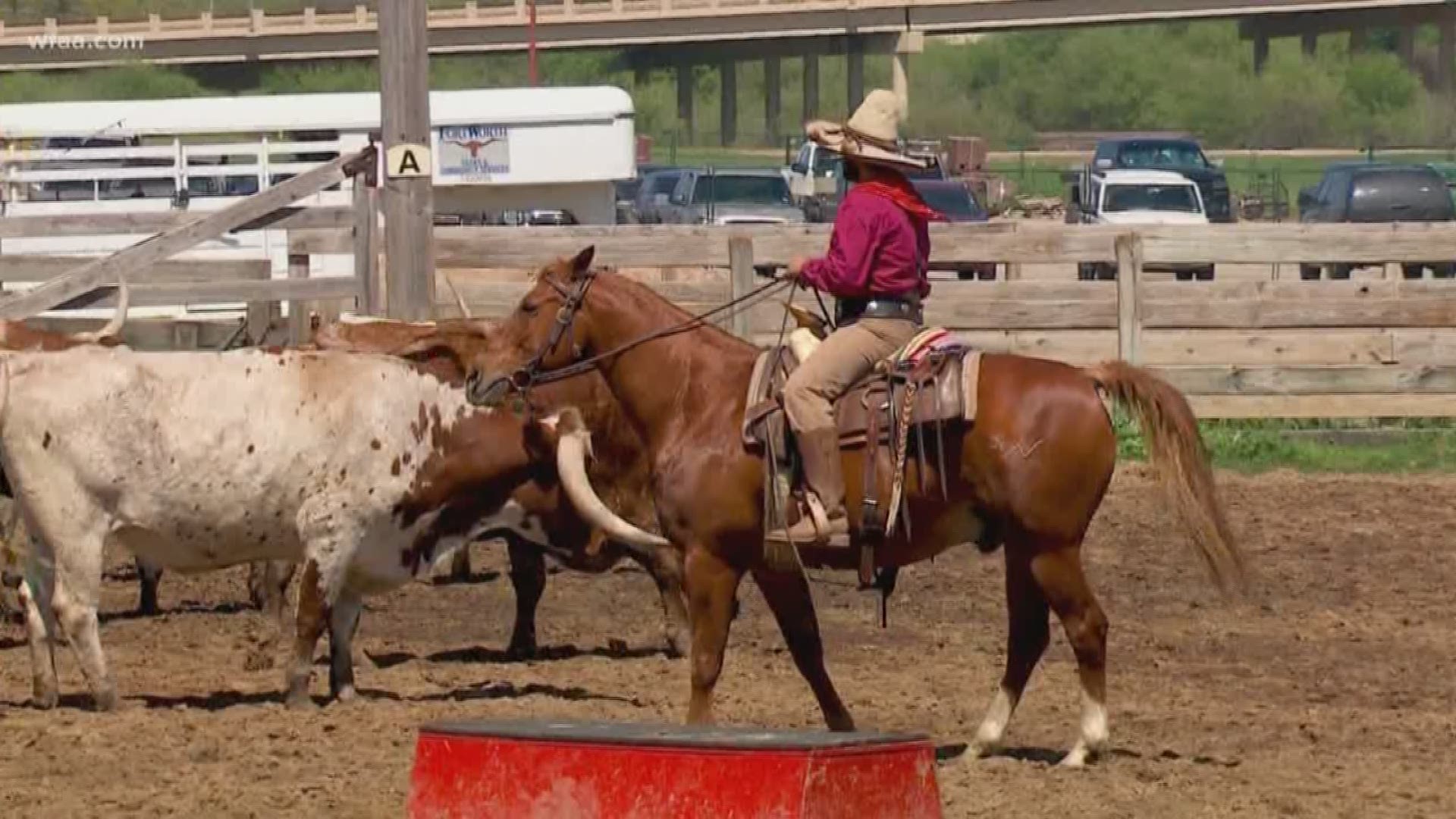 FORT WORTH, Texas — The outbreak of COVID-19 has taken its toll on businesses across the world along with tourist attractions like the Fort Worth Herd.

Right now, the world’s only twice-daily cattle drive, like most of the rest of the world, is on hold.

Working with a reduced crew of about five people on staggered shifts, Jaworski and her crew are still managing to take care of the legendary longhorns and horses.

“We’ve had to really try to figure out what the new normal is,” Jaworksi said. “You know, we’re still figuring that out.”

For the most part, the focus is on exercising and feeding the livestock.

“We’re still taking care of them even though we’re not out there on the street,” Jaworski said. “I think it’s important to recognize that there are so many people in the community that are still working to maintain the things that they’re responsible for.”

The entire stockyards area is hurting because of CDC guidance to prevent the spread of the deadly novel coronavirus. Streets are empty except for construction crews. The alleyways filled with restaurants and shops don’t have a person in sight.

“It’s odd. It’s odd,” Jaworski said. “You know I like to sometimes think about what the animals are thinking, because they’re creatures of habit and their routine has changed as well.”

For the first time in decades, drovers aren’t riding down the street, and there are no families lining the sidewalks.

“My favorite part of the job is seeing people’s reaction when they get a chance to see the longhorns, pet the horses,” Jaworksi said. “There are so many people that have never had that opportunity."

The Fort Worth Herd is a nonprofit organization that relies on donations, but Jaworski says they’re not going anywhere, and they’re already preparing for their return.

“Be ready for when we resume,” she said. “It does make me smile because that day will come.”