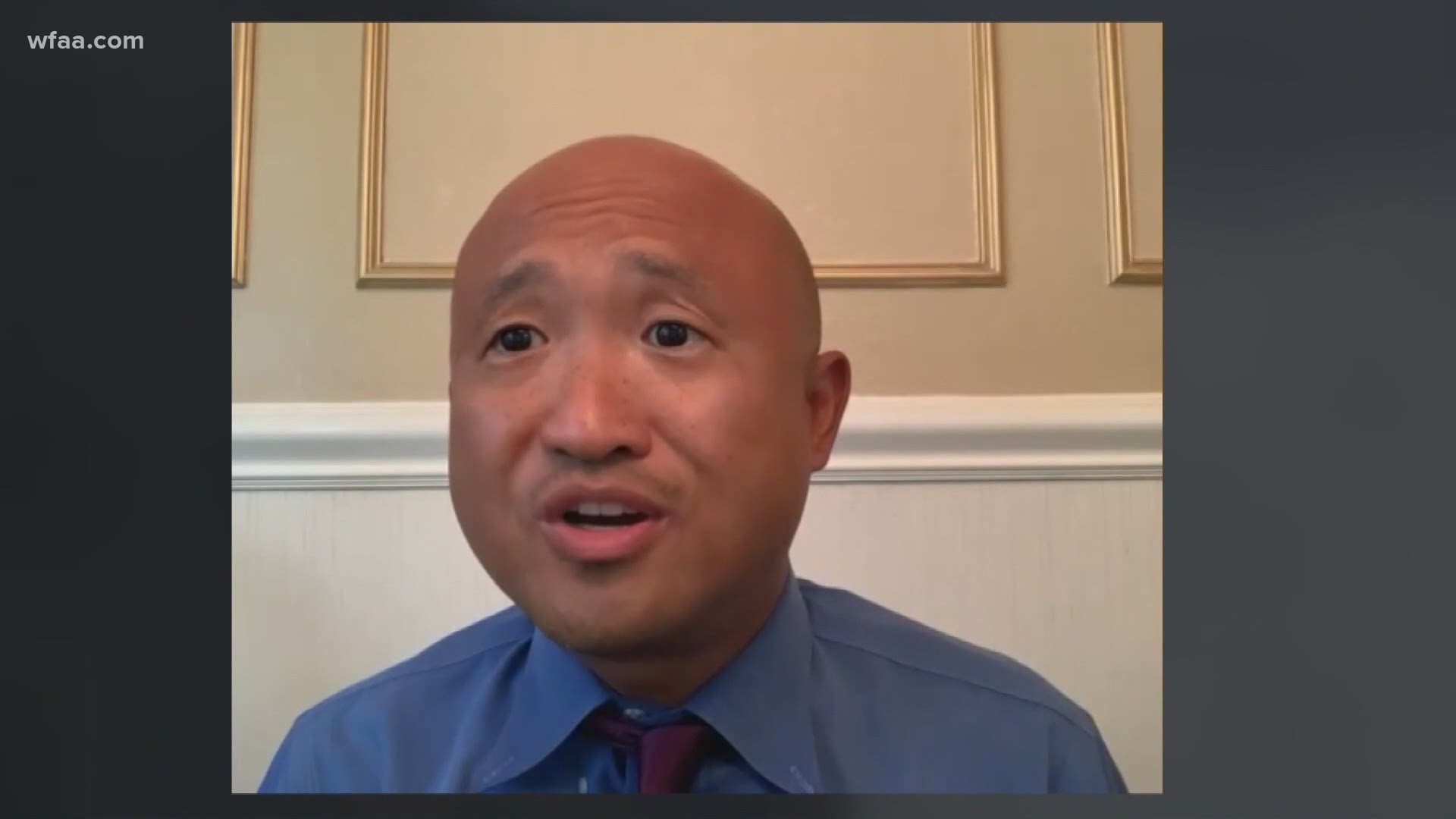 FORT WORTH, Texas — The COVID-19 reality for North Texas is simple.

Nandy expects COVID-19 to get worse in D-FW before it gets better and for the ebbs and flows of spread to continue.

“It’s got more to do with people’s behaviors and relaxation of restrictions,” said Nandy.

The current rise in cases and hospitalizations is being felt at Parkland Health.

“The slow steady rise is a little harder to deal with, you know, that points to a more multi-factorial reason why cases are going up whereas big sharp spikes you can point to big events,” said Chief Medical Officer Dr. Joe Chang.

Chang said three weeks ago they had 30 patients. Now, they’re in the mid-80s, and the trend is even worse in Tarrant County.

But it’s not all bad. Chang said more patients are seeing good outcomes than before.

“We’re taking better care of these patients because we know better how to treat them, so that’s good,” he said.

D-FW Hospital Council CEO Steve Love said the sky isn’t falling, but he’s concerned. He said hospitals have beds and stocked up on PPE, but as weather cools and people head indoors, that could change.

“At that point is where you’re going to see a lot of this spread, so we are worried about that,” Chang said. “We’re not sure how that’s going to go.”

Chang said the different messaging from state to state about what’s safe and what’s not is a problem.

“It really makes people kind of scratch your head and say, well. You're telling me two friends, different things and what happens is people get frustrated,” Chang said. “They don't know what really pay attention and say, ‘You know what? I'm just going to live my life. You guys can't get it figured out.’”

Chang and Nandy both said the numbers aren’t what's important.

What matters as the waves continue is what people do in their daily lives and that advice is wavering.

“No matter whether the current numbers are good or bad, follow the guidelines to your best ability,” Nandy said. “That’s the best way to fight it.”