A decade of exotic pathogens in North Texas 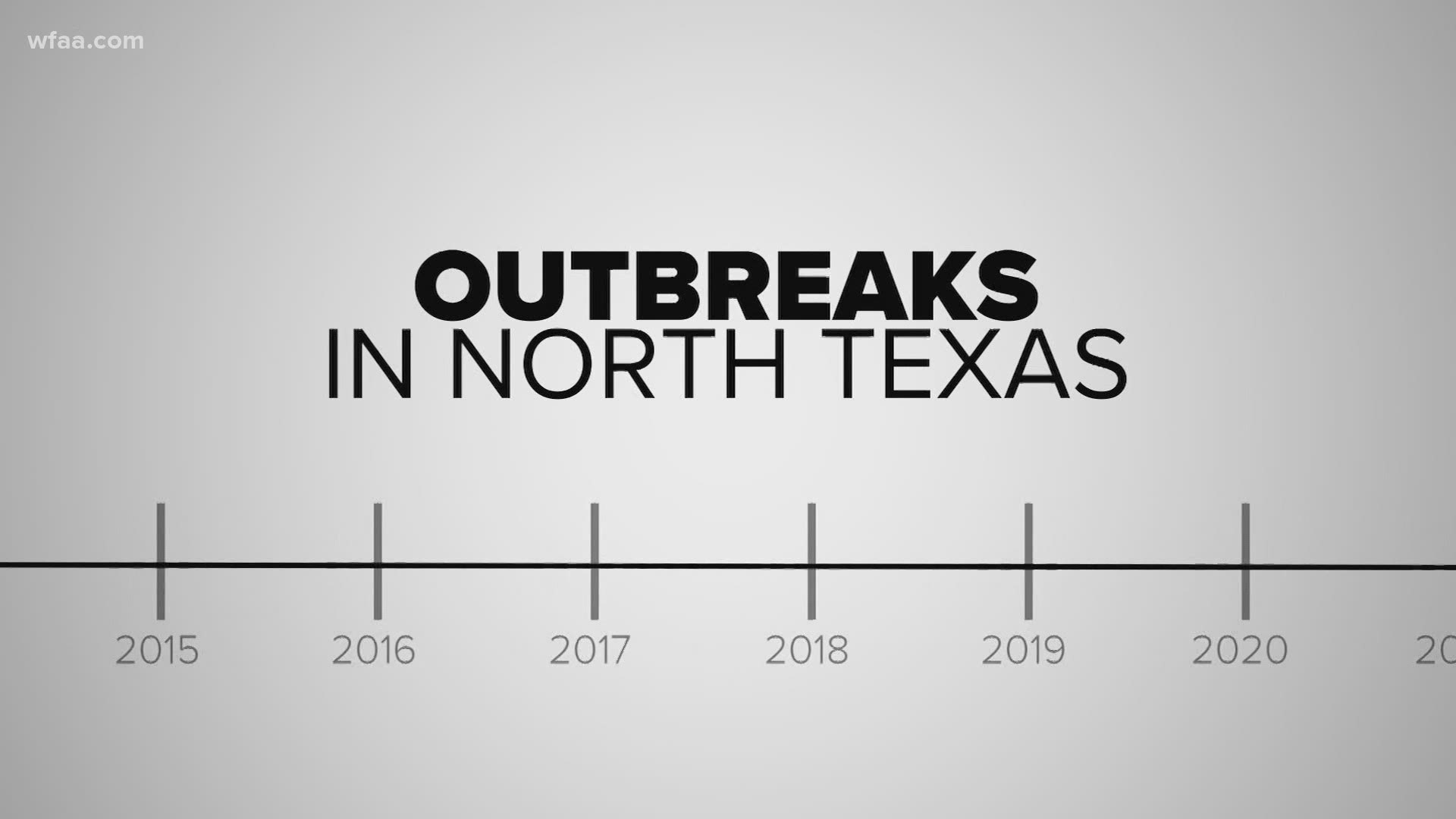 DALLAS — It's a public health emergency.

Robert Haley is the director of epidemiology at UT Southwestern Medical Center.

“It was a calamitous thing. People were not going outside. Everyone was afraid. Our ICU units in all the major hospitals were full of people on ventilators. It was really a disaster scene,” Haley said.

And now, of course, coronavirus has spread, which dwarfs them all.

William Sutker is the emeritus chief of infectious diseases at Baylor Medical Center.

“We've gone through a bunch of infectious diseases and so every time we think we have things under control something new shows up,” said Sutker.

In 2014, a Liberian man who'd been in contact with an Ebola patient flew from Liberia to Brussels to Washington, D.C. and finally to Dallas, where he was later diagnosed.

And this year, air travelers spread the coronavirus from China and Europe to the U.S.

“I think travel has certainly aided the spread of infectious diseases. People go to areas and don’t realize they're picking things up and bringing them back to the United States,” Sutker said.

The second reason is our changing climate, according to Haley.

“And of course, what's happening in the long-term is we are seeing more, warmer winters due to climate change,” Haley said.

According to data from Texas A&M University, the coldest days of winter go up and down over the years. But the trend shows the extremes are now 4.8 degrees warmer than they were in 1975. And if you're a mosquito carrying West Nile, that's working in your favor.

In a paper for the Journal of American Medicine, Haley found the more hard freeze days — the kind that kill mosquitos — the fewer West Nile cases. On the other hand, the fewer hard freezes, the more cases of West Nile. That’s what happened in 2012, the year of the West Nile epidemic.

“The best predictor was the number of hard freeze days in the wintertime preceding that summer,” Haley said.

The impact of coronavirus, right now, is enormous and hopefully, we never see anything this big again.

But many experts do predict international travel and a warming planet raise the risk that we'll come in contact with diseases that once seemed exotic.