Everybody Eats: Dallas restaurants give free dinners to anyone in need during COVID-19 crisis

No questions asked. For a free meal, people can drive through or walk to HG Sply Co on Greenville Avenue or Hero in South Victory. It's Monday to Friday, 6-9 pm. 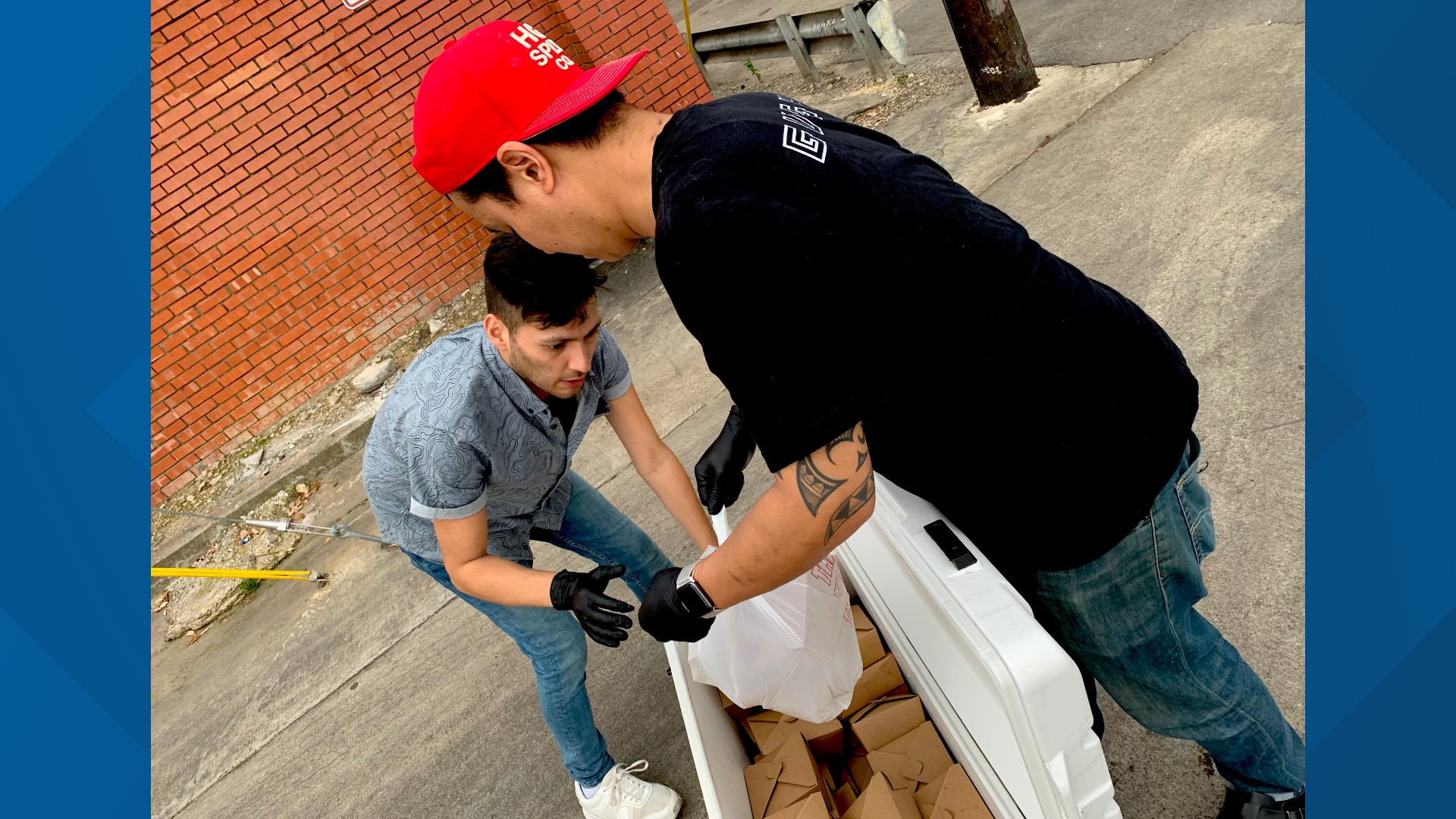 DALLAS — The initiative is called "Everybody Eats", and that's exactly what is happening out of two restaurants in Dallas.

HERO in the South Victory neighborhood, served more than 900 meals in three days last week. The restaurant partnered with Chef's Produce, Will Salisbury and the Heard That Foundation to make it happen.

This week, HG SPLY CO on Greenville Avenue was added as a second location to give out free meals.

On Wednesday, more than 750 dinners were served from both drive-thrus. There is now a capacity to give 2,000 meals per day.

The two restaurants are part of 8020 Concepts, a DFW restaurant group. Founder Elias Pope said, "We are in the service industry. Our model is to serve others, so shutting down is not an option."

Pope admits sales are down 90 percent. But he also knows that means so many other people in the community are hurting as well.

Many stores are shut down and jobs are lost. That's why "Everybody Eats" was started.

"We want to feed as many people as possible," said Pope. "We're going to give it a go until we run out of money, and then we will continue to do it. So, we need help."

Every time someone donates or buys a meal from an 8020 Concepts restaurant in the DFW area, it means someone else gets to eat a warm and healthy meal.

For more information on "Everybody Eats" family meals, click here.