The music industry mover and shaker said COVID-19 almost took him out. 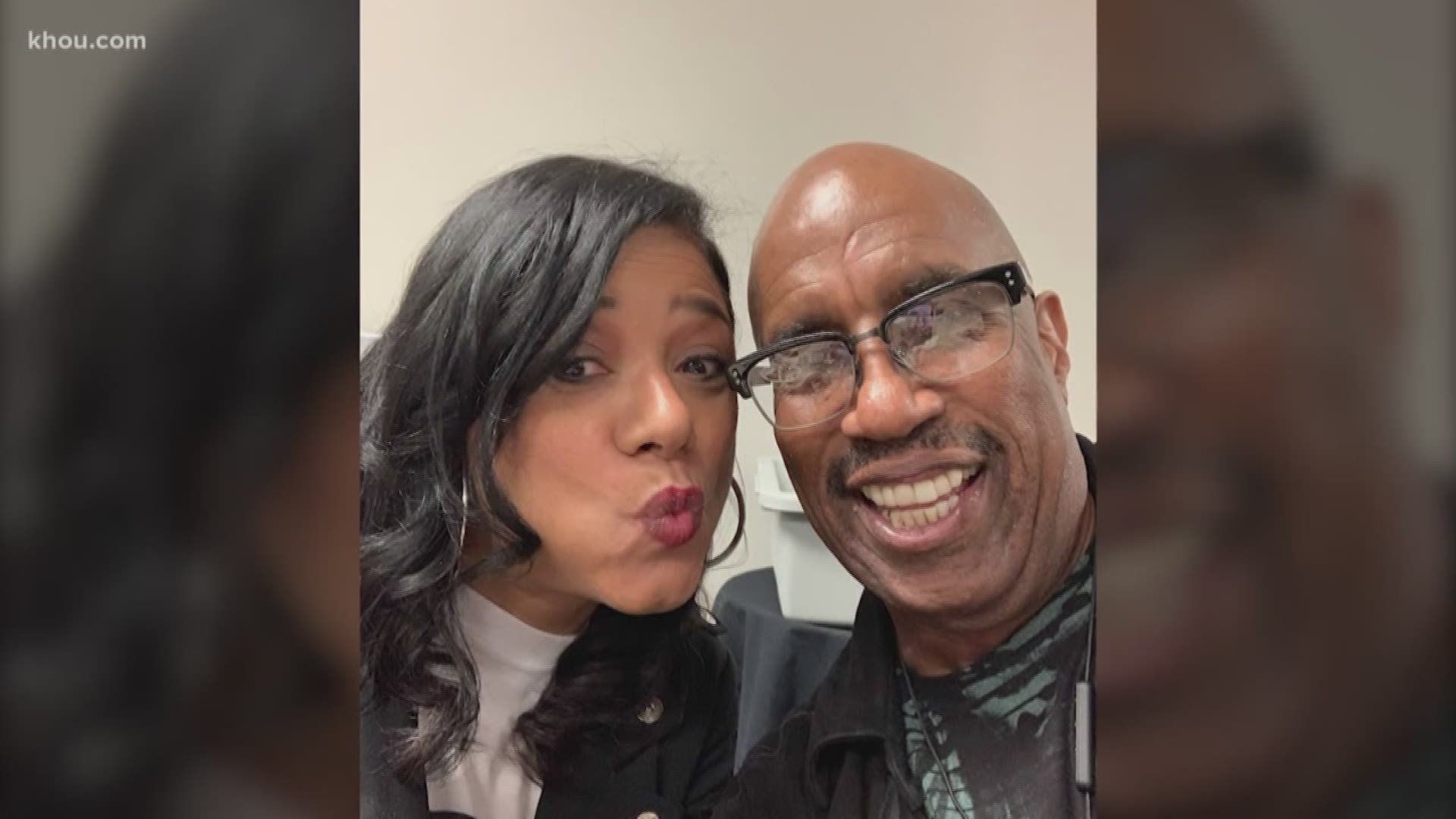 HOUSTON — An east Houston man has a sobering tale to tell after surviving a battle with COVID-19.

Emilian White stays in good shape. The 60-something says he works out five days a week on average and has no chronic medical conditions.

But it didn’t matter.

Within days of experiencing minor cold symptoms, White was hospitalized and struggling to breathe.

“It was so bad I could barely move,” White said. “I could barely go to the bathroom. I couldn’t catch my breath, and I said, ‘What the heck is going on?’”

White spent his 40-year career as a record promoter throughout the state of Texas. He has the pictures to prove it. Michael Jackson. Barry White. Stevie Wonder.

“A new record would come out and I would basically have to convince the radio stations to play the record,” White said.

When the biggest stars came through Texas, they were with White.

But of all the singers and celebrities the promoter has hosted in the past, not one of them was as powerful as the invisible foe he has been battling since last month.

COVID-19 nearly took him out.

White says he remembers thinking he was catching a cold at his anniversary party on March 20. They had a few friends over but, at the time, that was considered okay as long as it was 10 or under.

A couple of days later, White's symptoms got worse and his temperature spiked.

White’s wife then took him to the hospital.

After a portable x-ray, the doctor came back in full PPE to deliver the bad news.

White barely had a chance to say goodbye to wife Kim with a quick fist bump, before he was whisked away to the area where COVID-19 patients were kept.

Nobody could have known he would spend the next nine days fighting off the virus in isolation.

“This thing is dangerous and it’s crazy and you can get it any kind of way,” White said. “It’s an invisible monster.”

White says the doctors pumped him full of vitamin C and zinc. He was also prescribed a regimen of the much-discussed coronavirus drug cocktail of hydroxychloroquine and azithromycin.

White says it worked. After seven days in ICU, he finally felt up to a Facetime conversation with his family.

Two days later, the husband and father of three was finally home, where he's still recovering and  quarantined away from his family.

The couple credits the doctors and nurses at Memorial United Medical Center with saving his life.

Now, his days are spent fielding phone calls from old friends who have learned he contracted the virus.

“Steve Harvey called me out of the blue,” White said  “I hadn’t talked to him in a couple of years.”

White is living proof that COVID-19 is no joke.

He is asking everyone to take it seriously.

Multiple guests who were at White’s anniversary party last month contracted the virus as well.

“The thing is airborne,” White said. “So I imagine I was Patient Zero and four people got infected. Four people. I infected four people.”

Luckily, White says their cases seem to have been significantly milder than his.

RELATED: A Story of Hope: San Diego man survived coronavirus against all odds

RELATED: 'I woke up and took my temperature - it was 101' | Woman who survived coronavirus shares her story