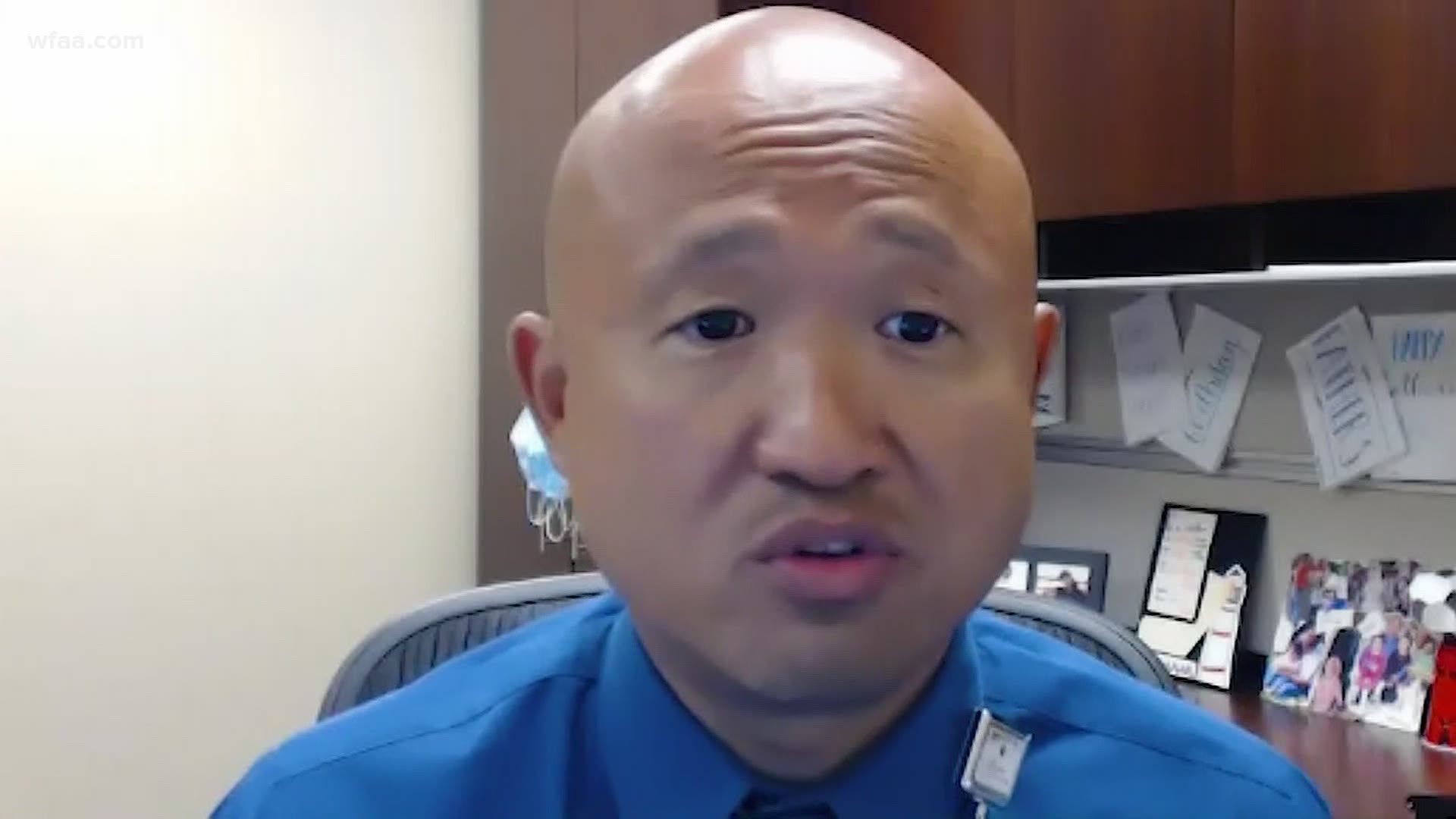 DALLAS — Dr. Joseph Chang can rattle off numbers and statistics without looking at any notes.

As of July 21, Parkland Hospital, where Chang is chief medical officer, was treating about 170 COVID-19 patients.

That’s down from a high of 180 the previous week, but 170 is 55 percent more than a month ago and more than 200 percent higher than two months ago.

“But there are stories behind each of those statistics,” Chang said. “The human toll of COVID is really the untold story.”

RELATED: This DeSoto couple battled COVID-19, cancer and chemo and survived them all

One of the worst cautionary tales is from a young patient who ended up in the ICU, he said.

“A 20-something-year-old girl went to a party with her friends and got COVID," he said.

"Before she was symptomatic, she visited her 80-year-old grandparents and they got sick."

Chang said all three ended up in the ICU at Parkland, but the granddaughter didn't know it because she was intubated and unconscious.

She woke up after ten days and discovered not only had her grandparents been in the ICU with her, "but her grandfather had passed the day before she woke back up," Chang said.

Witnessing such grief and sorrow is tough on even the most seasoned medical professionals at Dallas County’s only public hospital.

And the toll on his staff is Chang's biggest concern.

“The fatigue on people’s faces is something that’s hard to quantify,” he said. “It’s hard for me to describe.”

The hospital has seen a leveling off of new patients over the last week, Chang said, but he cautioned that it was not enough data to consider it a trend.

“Instead of seeing a huge growth in hospitalizations every day, we now see about the same number coming in that are leaving,” Chang said.

He attributes it to the mask mandate which went into effect in Texas on July 3.

Chang remains concerned about the age and race of patients.

Many will have tough battles, and a few could die.

Chang said about one percent of the patients treated for COVID-19 at Parkland lose their lives.

Chang said he is in a slightly more optimistic place than he was about a month ago, in part because he believes the community at large is taking COVID more seriously.

But he can't stop worrying about his colleagues.

He urges North Texas to thank all medical professionals.