There's no clear evidence the new strain is more infectious. 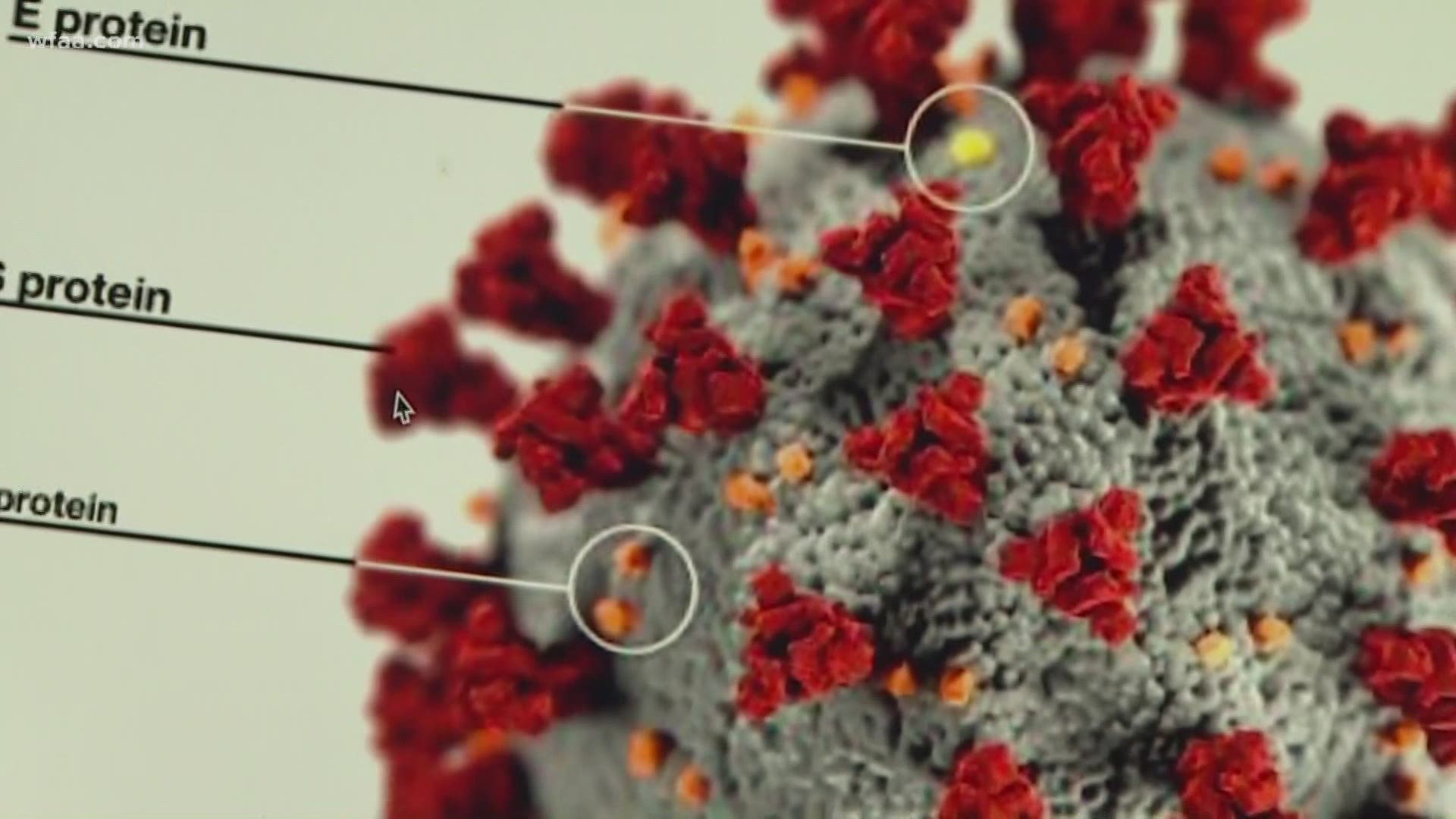 FORT WORTH, Texas — A new strain of COVID-19 labeled by some health officials as “more contagious” caused multiple countries to ban travel from the U.K., grounding planes and leaving trucks headed into France backed up for miles.

Dr. James Cutrell is an infectious disease expert at UT Southwestern and believes it’s too early to label the strain more infectious or contagious.

“This should not make us panic,” Cutrell said. “We really have seen this since the very beginning with SARS-CoV-2.”

Mutations aren’t new. There are dozens, if not hundreds, of variations of the original COVID-19 strain discovered in Wuhan, China. This one is noteworthy because it has 17 mutations, a higher number than usual, including eight to the spike protein, and it quickly became the dominant one in the U.K.

“We don't have enough information right now to separate: Is this something new about the virus that makes it more easily spread, or is this just by chance?" Cutrell said

It could have just been present at a super-spreader event and the people who attended went to more large events. There were similar concerns about a different strain this summer.

“Initially people were concerned saying, ‘Oh, this is much more severe or maybe, you know, 50% more contagious or infectious,” Curtrell said of the strain earlier this year. “It turned out that that was just the dominant strain that was circulating in Spain at the time when lots of people from all across Europe went there for vacation.”

In an interview with FiveThirtyEight, Dr. Anthony Fauci, the nation’s top infectious disease expert, said travel bans over the strain aren’t needed till we know more.

“We need to be careful. We need to follow it very carefully,” Fauci said of the strain. “We know that it almost certainly does not increase virulence. It isn’t a more deadly, and number two, it’s extremely unlikely that it’s going to interfere with the efficacy of a vaccine.”

Cutrell says it’s possible, though, the strain could lower the benefit of convalescent plasma or monoclonal antibody treatments but says they’ll have to experiment first.

“You're just getting a broader immune response from the vaccines,” he said. “That makes it harder for a virus with just a few mutations to be able to escape that.”

Whether or not the strain is worse in any way or makes it to the United States, the virus is already spreading at record levels locally and nationally.

“Really the things that will help prevent people from getting infected with this new strain are the same things that help protect you against anything,” Cutrell said. “It's the physical distancing, it's wearing your mask, it's washing your hands. It's avoiding being in large gatherings.”