The airport has added safety measures, and American Airlines has increased traffic throughout the hub 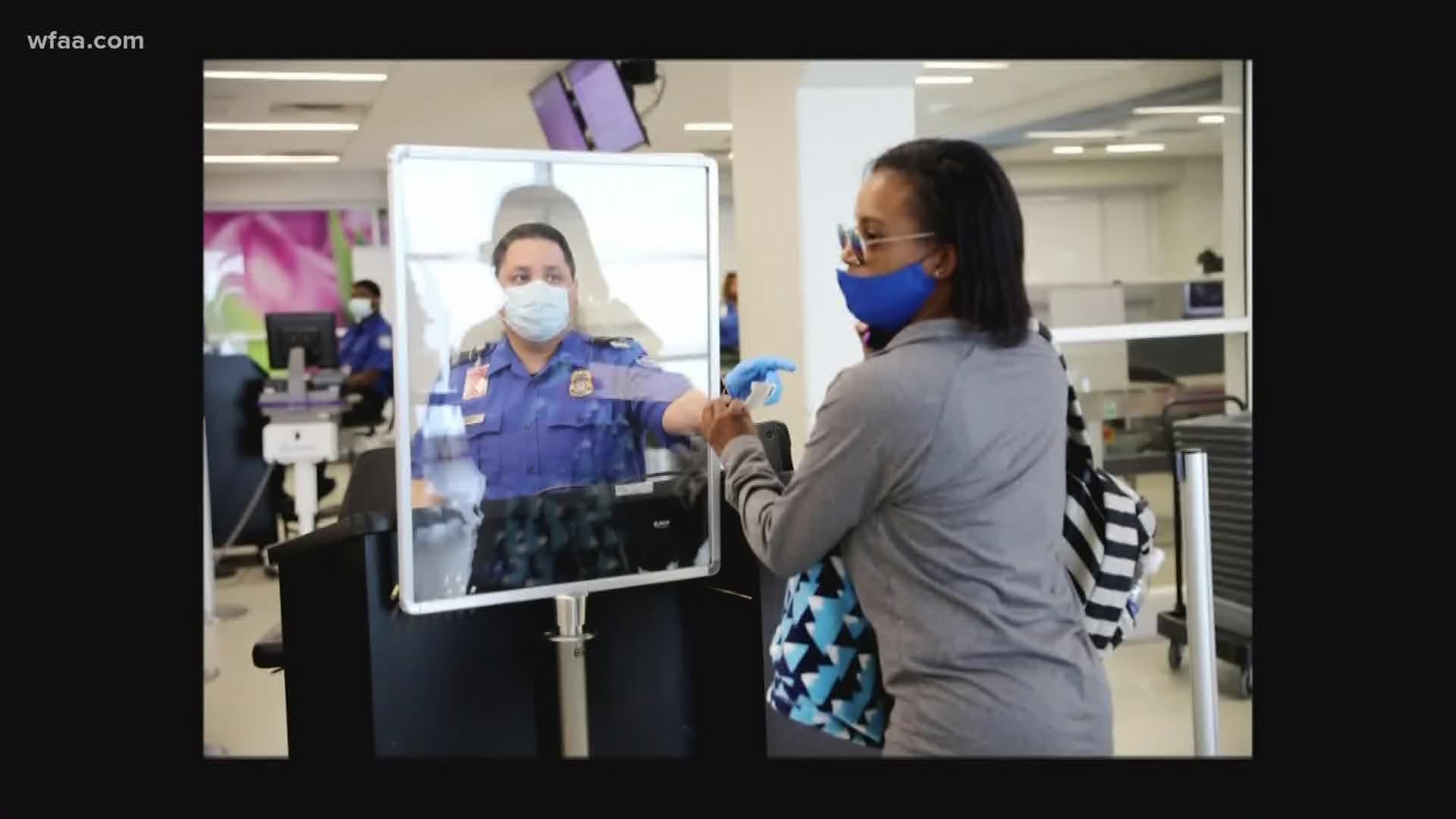 FORT WORTH, Texas — Air travel is slowly starting to take off again, and DFW International Airport has become the worldwide hub.

Airport spokesperson Bill Begley says the airport has been the busiest in the world for a couple weeks now and the gap between it and second-place is growing larger.

RELATED: Canada, US poised to extend border restrictions to Aug. 21

“In the end, those numbers pale in comparison to what we want to do so that everyone can come to the airport confidently,” Begley said.

WFAA asked on Facebook for people to share recent travel experiences. Some talked about fewer concession locations being open or no drink service on the flight. Most said terminals seem mostly empty, but flights have been packed.

WFAA
Schools had previously been told that they would need to limit onlin... e-only instruction to the first three weeks of the school year or they'd lose state funding. More from the Texas Tribune

Nationwide, TSA passenger traffic is about 25 percent of normal up from just 4 percent in April.

“Confidence in the travelers is a key,” Begley said. “We’re working really hard to grow that confidence and as that confidence grows, you’re going to see more people start to travel.”

Begley says they’re trying to protect both employees and passengers and they’ve added shields at ticket counters and concessions, floor markings for distancing at security and new touchless technology, even lights to mark if stalls are occupied.

“We’re providing as much tools as possible for the passenger so that when they’re there, they have control of their trip and they can make sure that they’re safe,” Begley said.

Some of the changes won’t disappear after the pandemic.

“There’s a lot of the technology and a lot of the things that we’ve discovered now that we realized, this, this is an efficient way to use our time,” Begley said.