Texas Lt. Gov. Dan Patrick talks reopening and winter storm, says ERCOT's CEO will be out 'one way or another' 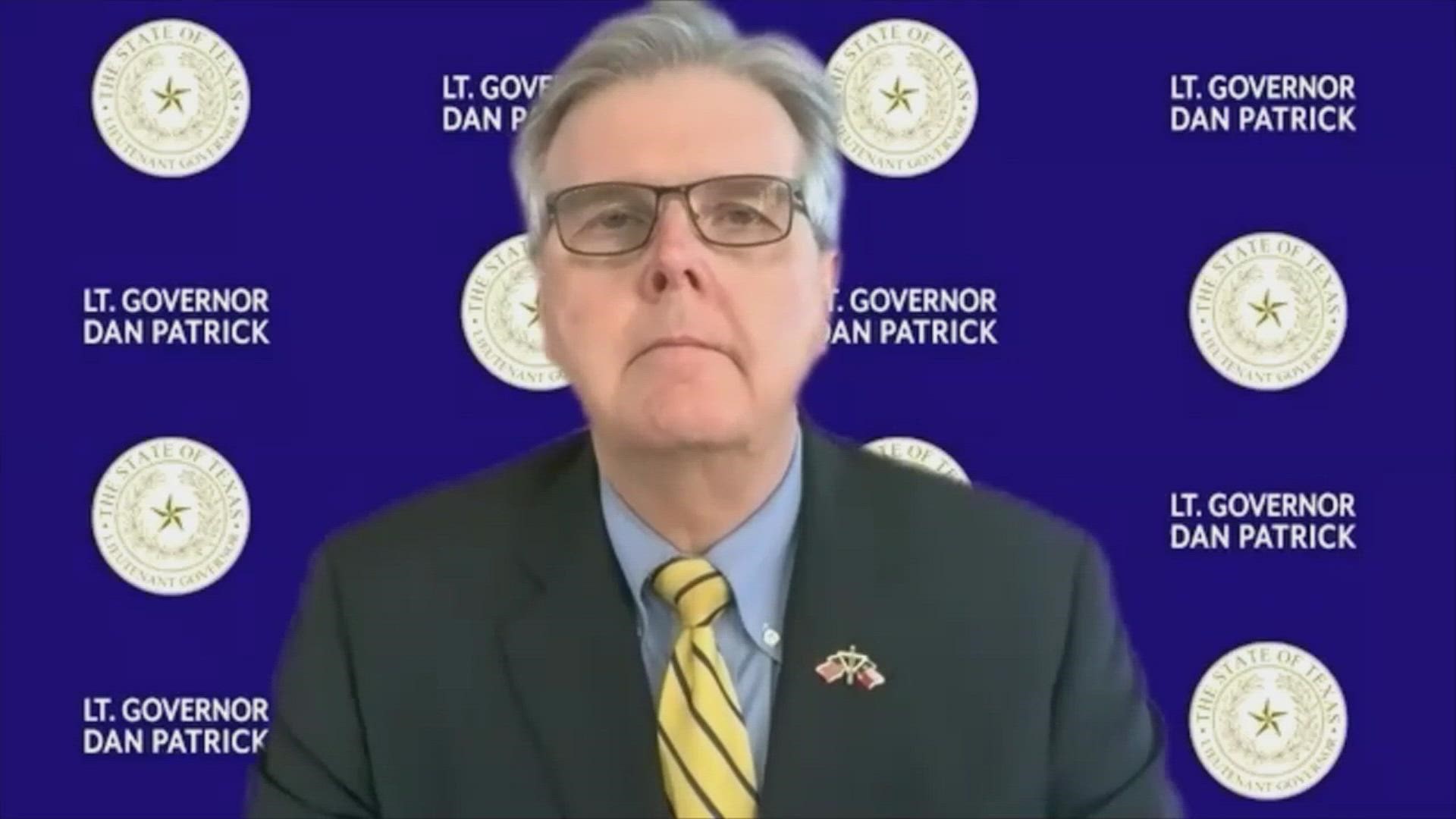 DALLAS — Watch the full interview with Lt. Gov. Dan Patrick in the video above.

Texas Lt. Gov. Dan Patrick sat down for an interview Wednesday to discuss the state lifting the COVID-19 restrictions and what’s next after the disastrous winter storm.

Patrick said he agrees with the governor’s decision to re-open the state.

“We’ve been open more than most states and I think we’ve proven that we can do two things at once, and that is protect the public and also keep our economy moving,” Patrick said. “I think the combination of the numbers are tailing off and the vaccinations are increasing, particularly with our most vulnerable population, makes this very doable.”

There are also major disagreements across the state about Texas dropping the mask mandate.

“I think the timing is right. I’m not a mandate person. I believe that you give people the information and let them make decisions about their own lives,” Patrick said. “We’re not telling people not to wear masks, we’re still recommending a social distance, and if you feel comfortable wearing a mask, wear a mask.”

Despite news about Texas reopening, Patrick remains focused on solutions after the storm.

“I’m personally taking responsibility to fix this and we’re going to get it done,” he said.

So far, he requested and received a resignation from the state’s head utility regulator and he says ERCOT’s CEO Bill Magness is next.

Patrick identified issues with preparation and communication. He says a change in leadership is a must.

“I don’t want to go into the hottest days of summer or another winter next year with the same people who were in charge, and get the same thing,” Patrick said. “We’ve got to change preparation and planning and communication.”

Some believe the state’s reopening announcement is hoping to take the attention away from the storm.

RELATED: 'The last thing we need is the Neanderthal thinking': Biden responds to decision to end mask mandate in Texas

“Probably Democrats saying that,” Patrick said. “I don’t believe anything was connected, and in fact had we not had the winter storm I think the governor may have made this announcement last week. We can do more than one thing at a time.”