In Texas, there are vastly more white and Hispanic people who are unvaccinated than Black people. 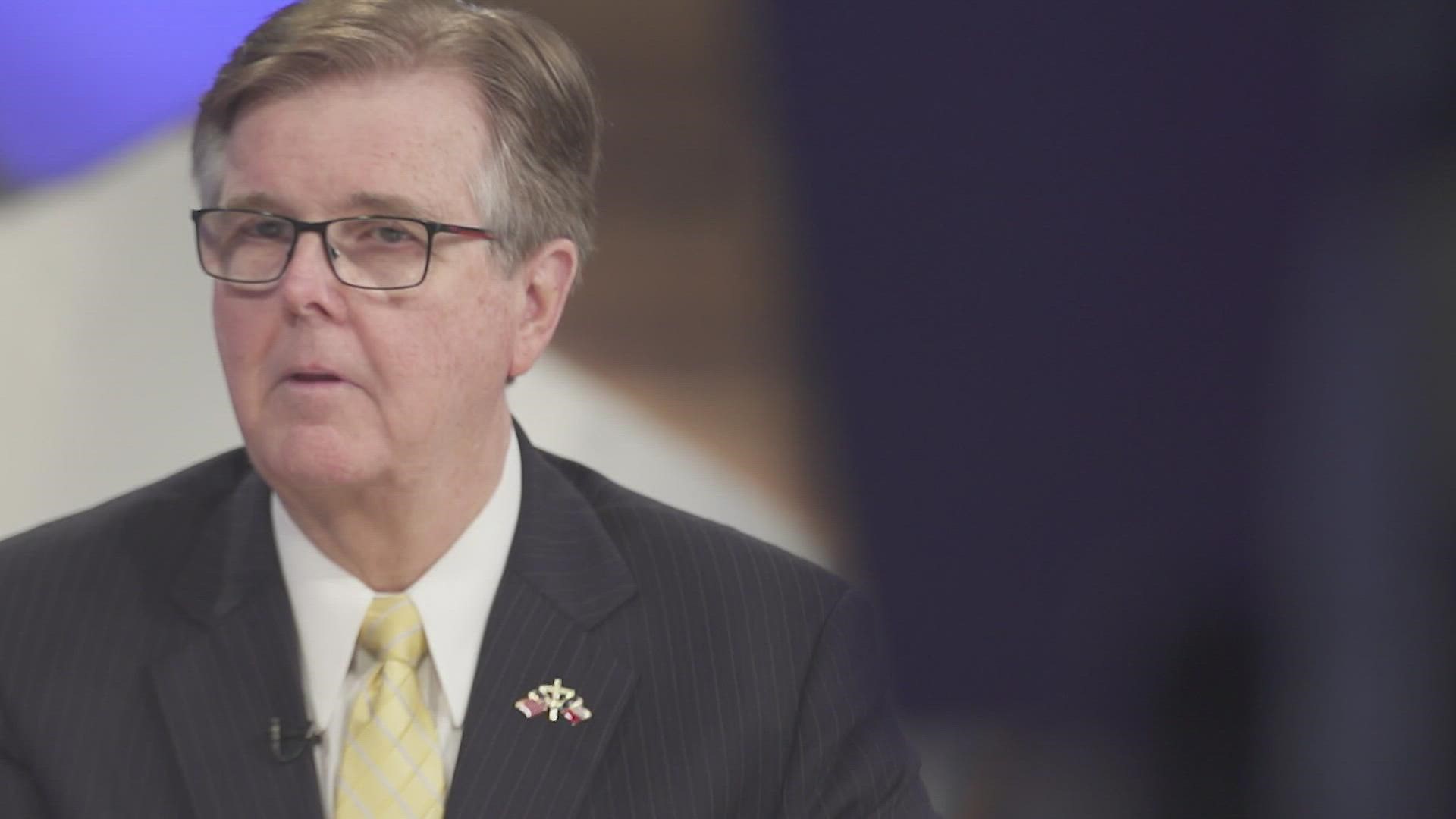 DALLAS — When Lt. Gov. Dan Patrick claimed Thursday night on Fox News that Black people are "the biggest group in most states" still not vaccinated, he left out an important detail: In Texas, according to data, there are vastly more white and Hispanic people who are unvaccinated than Black people.

The data comes from the Kaiser Family Foundation, which has compiled vaccination statistics by race/ethnicity, and the U.S. Census Bureau.

Patrick's comments, which he made in an appearance on host Laura Ingraham's show Thursday night, have drawn widespread backlash as having racist undertones.

Ingraham had asked Patrick to respond to criticism over the spread of COVID-19 in Texas.

"Democrats like to blame Republicans on that," Patrick said. "Well, the biggest group in most states are African Americans who have not been vaccinated. The last time I checked, over 90% of them vote for Democrats in their major cities and major counties."

RELATED: Mom shares final wish of daughter who died of COVID complications days after giving birth: 'Beg them to get vaccinated'

By percentage, 38% of the Black population in Texas is vaccinated, which is fewer than 47% among whites, 45% among Hispanics and 68% among Asian-Americans, according to the Kaiser Family Foundation data.

But because Black people only make up about 12.9% of the Texas population, according to U.S. Census data -- compared to about 41% for Whites, about 39% for Hispanics and about 5% for Asian-Americans -- there are far more White and Hispanic people who are unvaccinated.

Pastor Richie Butler, who works with Project Unity, said he was disappointed  in those comments, after spending the entire pandemic using his church, community centers, and schools as pop up vaccination and COVID testing sites.

"A raging problem in our state and our country when it comes to this pandemic and I believe our political leadership is doing anything other than providing leadership," Butler said.

And Dr. Mark Casanova, with the Dallas County Medical Society, said the numbers should guide decisions - not politics.

"The virus does not care if there is an R or a D or what race or what God we pray to. It is non-discriminatory in that fashion," he said. "Therefore, the management of viral pandemics to be most effective should be apolitical."

In response to the criticism Friday, Patrick released a statement, saying that "Democrat social media trolls were up late misstating the facts and fanning the flames of their lies."

Doctors have said that the surge in COVID-19 cases in Texas has been fueled by the Delta variant and the number of people who are still unvaccinated.

As of Friday, 54.92% of eligible Texans had been fully vaccinated, and 66.12% had received at least one dose, according to the Texas DSHS data. The DSHS this week reported that vaccinations have increased in recent weeks, with Texas averaging about 90,000 vaccinations per day.

Also, according to CDC data, Black and Hispanic Americans have seen their vaccination rates surge, lately. Combined, they have made up 39.7% of vaccinations in the past two weeks even though they make up just 29.6% of the US population.

Vaccinations continue to increase as more Texans protect themselves from the Delta variant. Texas is now averaging 90K vaccinations a day (7-day avg.)

Even though Delta is more contagious, the vaccines prevent almost all cases of severe illness, hospitalization, and death. pic.twitter.com/nPdfetGZbR

The Delta variant is more contagious than previous strains of COVID-19, but vaccinations have been shown to prevent serious illness and death.

RELATED: Gov. Abbott recommends Texans with COVID get Regeneron monoclonal antibody, but not everyone is eligible