"The violent crime in this city is out of hand," said Dallas Mayor Eric Johnson said Wednesday morning. 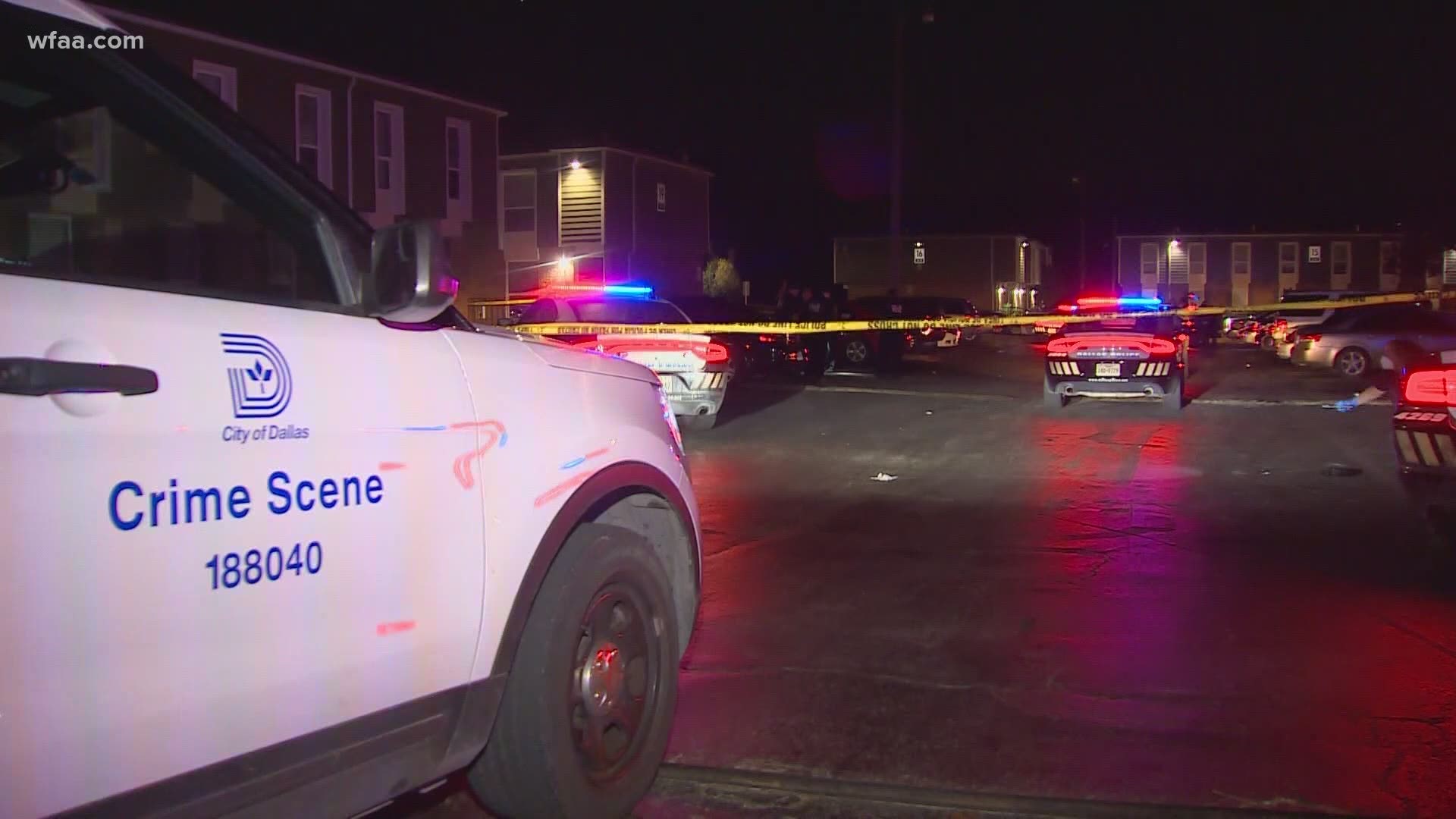 Updated at 3:38 p.m. with the governor's announcement, mayor's response and police department response.

State troopers will be sent to Dallas in response to a spike in violent crime, Gov. Greg Abbott announced Wednesday.

The announcement came hours after Dallas Mayor Eric Johnson hosted a news conference outside City Hall, during which he said the city is "well beyond the time for more active police intervention."

"The violent crime in the city is out of hand. I'm tired of it. I'm sick of it," Johnson said.

Abbott said the troopers will be sent to the city in response to a request from the Dallas Police Department.

Department officials said the troopers will not be patrolling and will instead be assisting with investigations.

Troopers were sent to Dallas last summer to combat a spike in violent crime then. Some residents and elected officials complained about their presence, saying the troopers were only patrolling southern Dallas neighborhoods.

Earlier this week, Dallas police Chief Reneé Hall said she was going to send more officers to high-crime areas in an effort to slow the increase in violent offenses.

But Johnson said Wednesday that the Police Department should have been increasing its response months ago.

"We are long overdue for a full-court press," Johnson said, referencing how Hall described her new response to crime.

Hall announced her resignation in September but remains in the job through the end of the year. The city manager is responsible for hiring her replacement.

The mayor said he wants the next chief to take what's happening in Dallas "personally."

The increases in violent crime this year have been alarming and are unacceptable. As I have said numerous times before, public safety must come first. (2/2)

Assistant City Manager Jon Fortune said he expects finalists to be announced by mid-December. He said the new chief will likely be named on Jan. 1.

City leaders are asking for input from the community about what they want to see in the next chief of police. There is a survey in English and Spanish.

The governor said Texans should feel safe and the state resources being sent to Dallas will "crack down on this heinous activity and protect Dallas residents."

"The rise in violent crime in the city of Dallas is unacceptable," Abbott said in a written statement.

Johnson's news conference Wednesday morning came after Dallas saw 13 shootings over the weekend, which resulted in seven people being killed.

In addition to the violent weekend, there were three shootings reported on Tuesday night. None of the shootings were deadly, according to police.

Last week, a Dallas rapper was shot and killed on a busy highway. Authorities said Melvin A. Noble, a 28-year-old better known as rapper Mo3, was driving when a suspect got out of his car and shot at Noble several times.

A few days later, police sources confirmed Louisiana rapper Boosie was treated at a Dallas hospital for a gunshot wound to his leg. He was in Dallas the night before he was shot to attend a vigil for Mo3.

Johnson said in a written statement Wednesday afternoon that he is "grateful for the governor's willingness to assist Dallas as we combat the unacceptable increases in violent crime in our city."

He said the effort to reduce crime "requires an all-hands-on-deck response."

State officials said the troopers will help the gang and narcotics investigations, Texas Rangers will assist homicide detectives, two helicopters and two patrol planes will be sent to the city.