The district says it could start testing Monday, Nov. 2 -- beginning with student-athletes first. 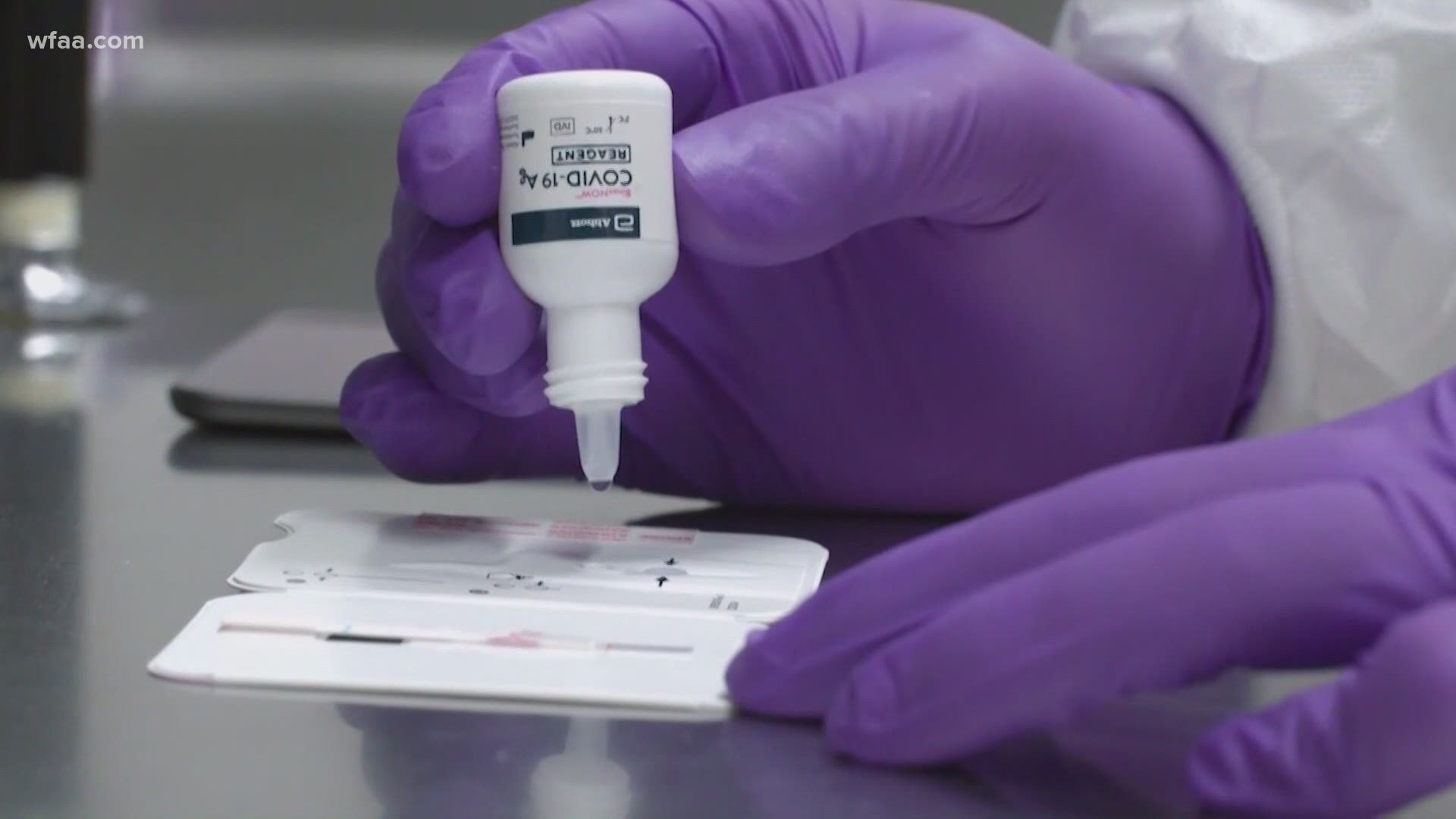 DALLAS — As COVID-19 cases spike, schools have a new weapon to fight back.

Dallas Independent School District spokesperson Robyn Harris said the district is getting 15,000 rapid antigen tests from the Texas Education Agency to try out the program and could begin testing as soon as Monday, Nov. 2.

“It’s something that we wanted to be part of, and I’m glad that we’ve been selected,” Harris said. “We believe it’s going to better inform and really allow for an even more safer environment.”

Federal officials said in an email they’re sending Texas more than 8.7 million rapid tests. The Texas Department of Emergency Management said so far, 64,000 tests have made it to districts.

The tests are $5 each, a fraction of cost of standard swab PCR tests. They’re also considered easy to use and give results in 15 minutes.

Xavier De La Torre is the superintendent at Ysleta Independent School District in El Paso, which was one of the first districts in the state to receive the tests. They’ve already used about 1,000 tests, with 20 positives, stopping possible classroom outbreaks.

“In many ways it looks a lot like a pregnancy test,” De La Torre told WFAA two weeks ago. “We see it as another layer of security in our community when making decisions.”

Harris said Dallas ISD will start by testing student-athletes, with trainers performing the tests because those students have the highest amount of close physical interaction.

“This will, to your point, really be a game changer for us because we absolutely will be able to identify a greater population if that exists,” said Harris.

The plan is to test once a week before practices, and eventually include other students and staff with nurses trained to administer tests.

“We’re doing this not only in the best interest of our students but our staff and the greater community in Dallas as well,” said Harris.

Frisco Independent School District said they've decided not to ask for the rapid tests because they believe they already have enough testing in the community.

TEA hasn’t shared the guidelines for the program but said in a release in mid-October that all district would be able to apply for testing no later than Oct. 28.