'I felt like I had been hit by a truck': Dallas Cowboys legend Darren Woodson talks about his bout with COVID

Former Cowboys safety Darren Woodson says he and his family tested positive for COVID-19. He talks about how it felt and also about the upcoming NFL football season. 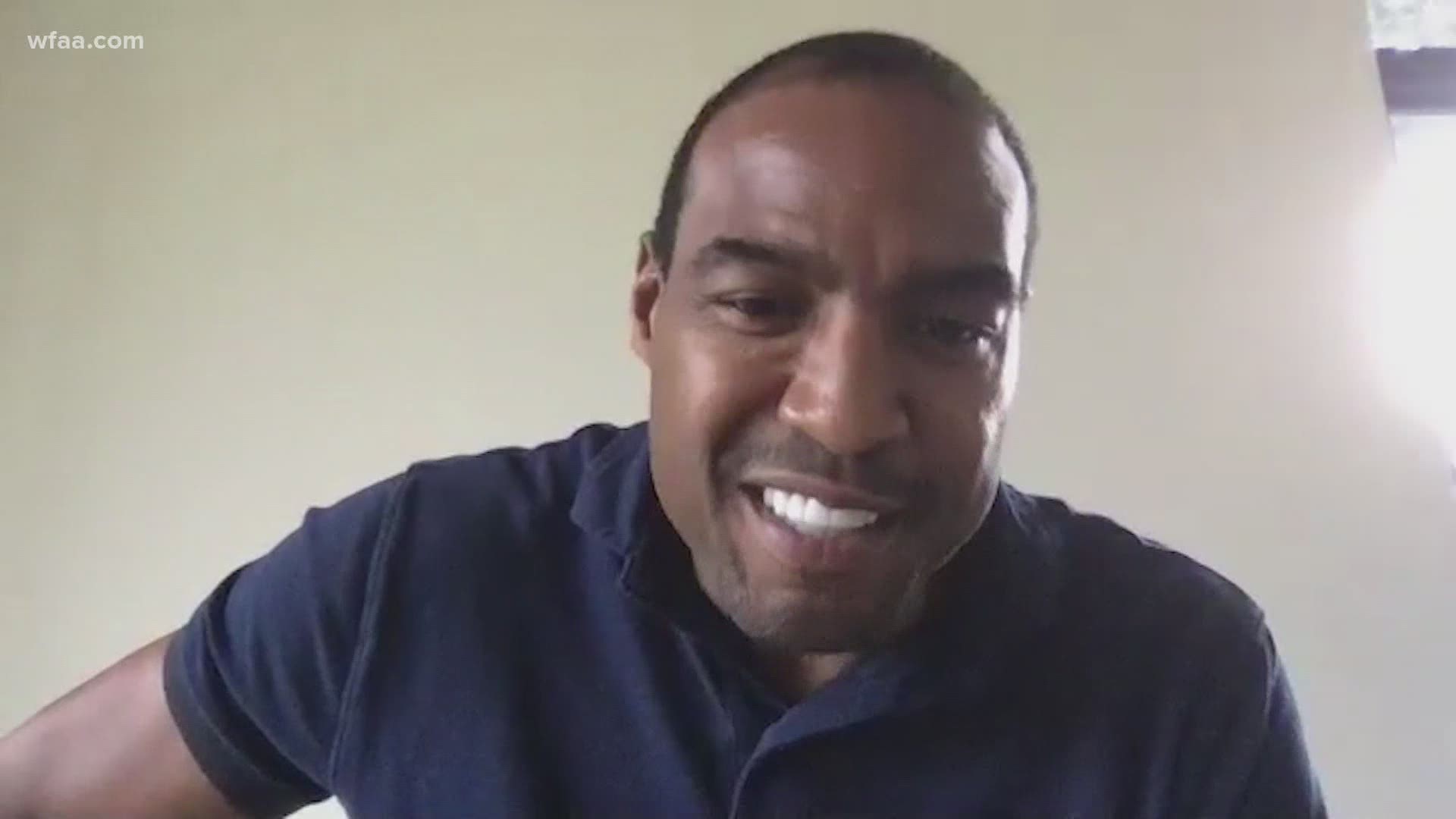 Darren Woodson is the legendary Dallas Cowboys safety. He says he and his family were playing it very safe when it came to COVID-19.

"So we did everything to prepare ourselves for COVID. We isolated ourselves. We basically quarantined ourselves,” said Woodson.

Woodson said his wife took a business trip to Houston.

She didn't know it at the time, but her business partner she was with had COVID-19.

"My wife had zero symptoms but went to doctor, tested positive and still without symptoms,” said Woodson.

Woodson, his 19 and 4-year-old sons did a rapid test and initially all tested negative.

“Then all of a sudden, five hours later after a negative test I had chills, 102 degree temperature and had all the COVID symptoms," said Woodson.

His children had few symptoms, but Woodson said it felt like his body had played an entire pro-football game.

"It felt like I was in a car crash. My body was aching, sore back, legs, hard to get out of bed for a day," he said.

But he said one of the hardest parts for him was not knowing what the virus would do to him.

"It affected me more mentally than physically, the first couple of days, I just didn't know when I was going to get back to myself," said Woodson.

He said he felt really sick for two days but after 10 days felt like himself again. So far, he’s had no lingering effects.

Woodson said his wife never showed any symptoms and said that's his overall message -- that you can be a carrier and unknowingly infect others.

"But when I leave this house, it's not about me. It's about you. It's about everyone else,” said Woodson.

And when it comes to the NFL and the start of football season, Woodson says players need to be personally responsible.

"Guys can’t go out. Things are different. Young veterans can’t go out on the street or into a bar. They are going to have to take precautions going into the season.”

Woodson says while he is OK. He knows people who have lost their lives to COVID-19 and says that is where his heart is. He encourages everyone to wear a mask and social distance.