"Continuing the status quo is not in the best interest of our community," Dallas Mayor Eric johnson wrote in a statement. 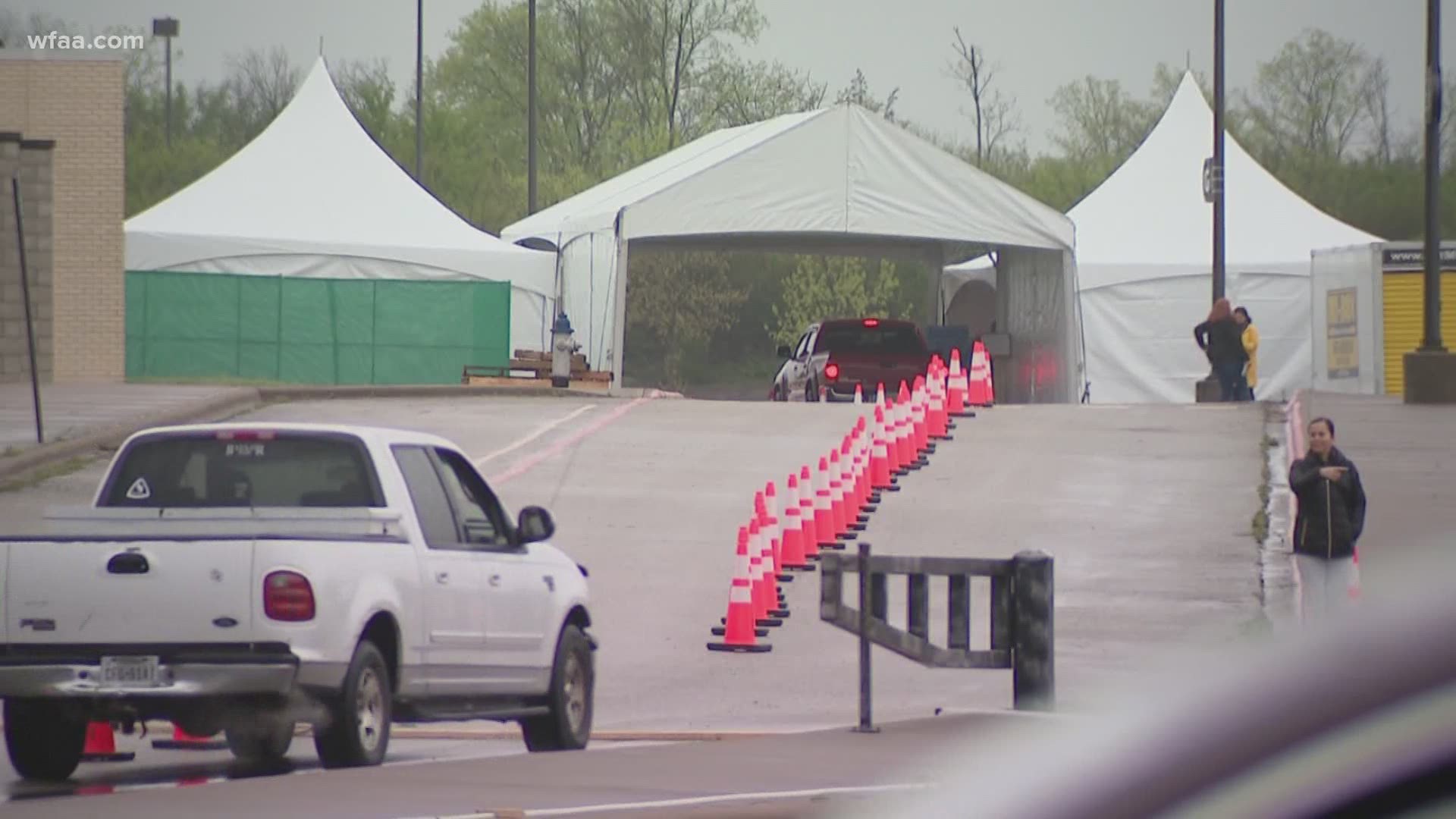 Dallas County officials plan to shift federal funding for coronavirus testing sites and instead move those testing capabilities to a private lab so that test results may be delivered faster, according to Monday night statements from County Judge Clay Jenkins and Mayor Eric Johnson.

Johnson wrote in a statement that Parkland Hospital staff would take over testing at the Ellis Davis Field House drive-thru site and will be able to administer up to 500 tests a day starting July 15. Test swabs will be analyzed in a local lab, "which will hopefully allow us to receive results in a more timely manner," Johnson wrote.

The federal funding for the Ellis Davis Field House was set to run out on July 14. Gov. Greg Abbott previously said that federal funding would be extended to that site until the end of the month.

Both Johnson and Jenkins said Monday that delays in receiving test results were too long.

"In recent weeks, because of the significant demand for tests nationwide, we have seen long delays for results from the federal test kits," Johnson wrote. "Dallas County, the City's contracted public health authority, believes these delays put the public at risk and that continuing the status quo is not in the best interest of our community."

Jenkins tweeted that an eight-to-10-day turnaround for coronavirus test results was "harmful":

"Federal testing at Ellis Davis and the walk ups is now taking 8-10 days to return results. This is not useful. In fact @Parkland @DCHHS @DallasOEM and I believe it is harmful as many people aren’t isolating during that period."

A county spokesperson said in an email the funding for the Ellis Davis Field House would move to be structured like the testing center that opened up July 1 at the University of Dallas, with a mixture of city and county funding. Like the university location, address verification would be required.